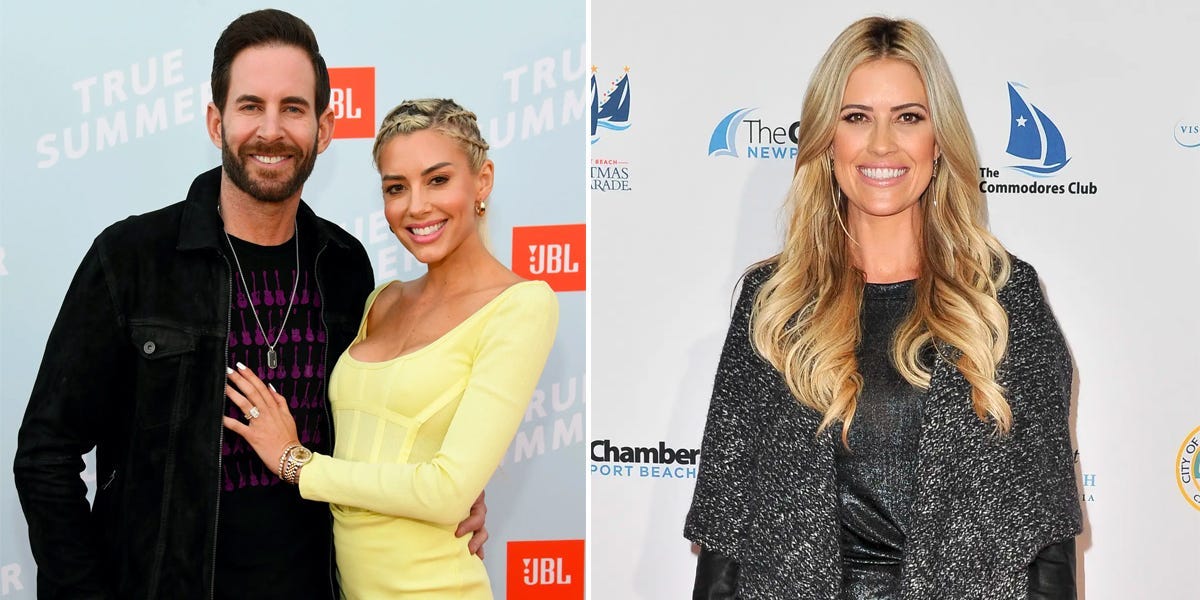 During the reunion, France asked Heather about multiple incidents involving Tarek, who she married in October 2021, including statements he made about Christine Quinn on season four of the series.

France went on to ask Heather about reports that Tarek had called her a “hotter, richer version” of Hall, who Tarek was married to for nearly a decade.

He also said she was a “washed-up loser” and that he “made” her, according to People.

“There were some comments he made in the press which I found interesting,” France said. “Did he really say you’re a hotter, richer version of his ex-wife?”

Rather than answering the question, Heather said, “Well, I mean …” and laughed, appearing to confirm the authenticity of her husband’s comments.

France then asked, “You mean what? Do you agree?”

“Well, I mean,” Heather repeated. “Can you girls attest to anything?” she continued, seeming to ask her costars to affirm Tarek’s statement.

Chrishell Strause responded to the group, saying, “I think we are all trying to be supportive of women in general. As much as we want to build you up, we don’t want to do that.”

“We love Heather, and she is beyond gorgeous,” said Mary Fitzgerald, also refusing to say anything about Hall.

“Flip or Flop” ended in March because filming had reportedly become “too intimate” for Tarek and Hall, as both are now re-married.

Heather also spoke about her step-children, Taylor, 11, and Brayden, 6, during the “Selling Sunset” reunion, saying she’s “raising them” with Tarek.

Heather went on to say that her relationship with her step-children made her want to have her own child with Tarek, which led them to do IVF.

She shared that they have four embryos from their most recent round of IVF.

“We have two very strong embryos. They’re the same gender,” she said. “I don’t want to reveal it.”

Heather recently told US Weekly she’s hoping to get pregnant in the fall.

Representatives for the El Moussas did not immediately respond to Insider’s request for comment, and Hall declined to comment on this story.