Hearn: Charlo Fight is Too Early For Tszyu, I Don’t See Him Winning 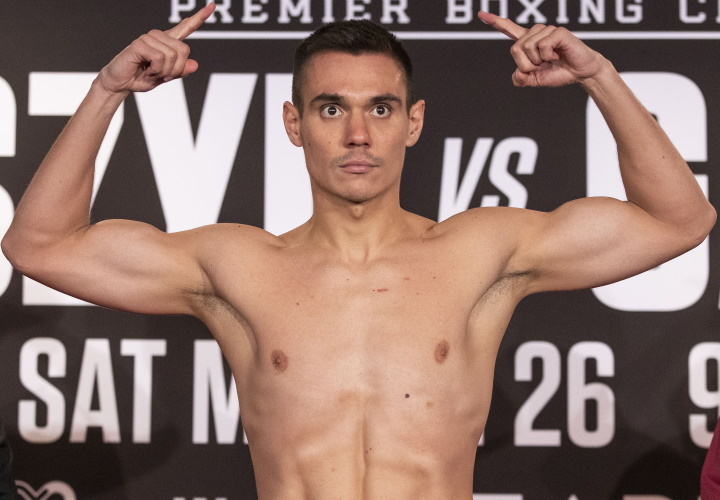 Promoter Eddie Hearn of Matchroom believes Tim Tszyu is biting off more than he could chew by pushing for a mandatory crack at undisputed junior middleweight champion Jermell Charlo.

Last month, Tszyu was ringside in Los Angeles to watch Charlo score a knockout of Brian Castano to become the undisputed champion at 154-pounds.

Tszyu is the mandatory challenger under the WBO.

Hearn, while acknowledging the talent of Tszyu, believes he would be better served to have a few more fights and gain additional experience.

“The Charlo fight is too early for him, to be honest with you,” Hearn told the Daily Telegraph.

“I don’t see him winning that fight, but he also has a very good team around him. No Limit have done a very good job with Tim, I’m impressed with their shows, and they believe in him so much that sometimes you can be seduced by it. I have made that mistake before as a promoter. You think a fighter is ready and you think a fighter can win a certain fight because you believe in him and love him so much.

“I just look at the Charlo fight and how dominant Charlo was and think, ‘Is this the right time for Tszyu to face him?’ … Tim is talented, no question, but I don’t think he wins that fight. ‘

The 27-year-old Tszyu has an unbeaten record of 21-0 with 15 knockouts. He made his American debut in March with a decision win over Terrell Gausha.

At the moment, Tszyu’s ability to face Charlo next is under threat – as the IBF’s mandatory challenger, Bakhram Murtazaliev, is legally pressing to get his shot next.

Murtazaliev has been waiting in the wings for the last two years. There is a possibility that he takes a step-aside deal in order for Tszyu to fight Charlo.