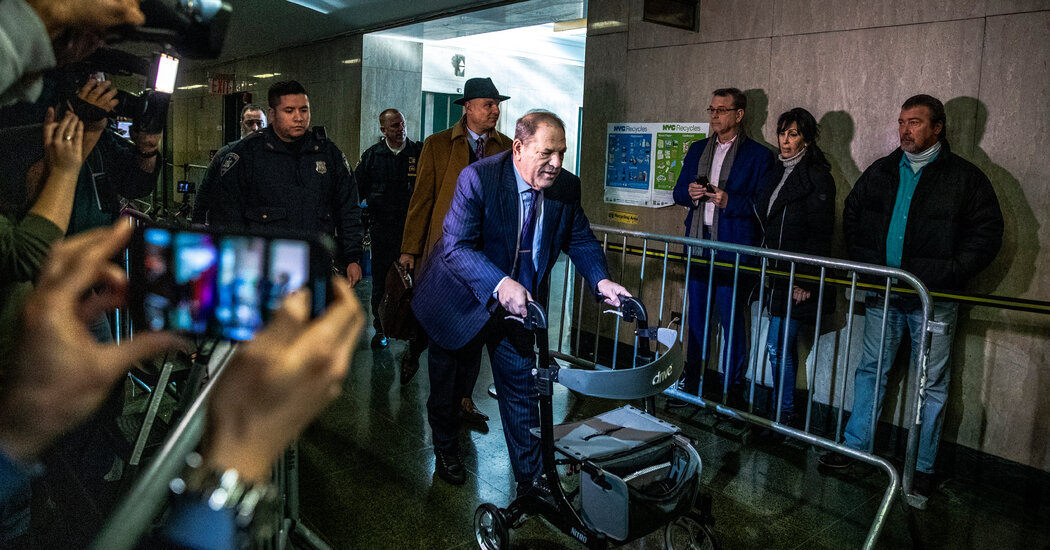 A New York appeals court on Thursday upheld Harvey Weinstein’s 2020 conviction on felony sex crimes, increasing the likelihood that the disgraced movie producer will serve a significant portion of his 23-year sentence.

Since last summer, Mr. Weinstein, 70, has been awaiting trial in Los Angeles, where he has been charged with several counts of forcible rape and forcible oral copulation, as well as other counts related to sex crimes. A trial date is expected to be set this month.

Reports of Mr. Weinstein having sexually abused women appeared in The New York Times in the fall of 2017, leading dozens of other women to speak about their own experiences and eventually igniting what became known as the #MeToo movement, a global repudiation of sexual misconduct by powerful men.

The Weinstein case led to a cascade of accusations against others and widespread discussion about the ubiquity of sexual harassment and assault, and the harm caused by such behavior.

Less than a year later, Mr. Weinstein was indicted by Manhattan prosecutors and charged with sex crimes.

His trial began in January 2020, and late the following month, a jury found him guilty of two felonies: a criminal sexual act in the first degree and third-degree rape. He was acquitted of two charges of predatory sexual assault.

He was sentenced to prison, and almost a year later his lawyers appealed the decision.

On Thursday, a panel of judges from the appellate division of the New York State Supreme Court, the state’s second-highest court, upheld the conviction and 23-year sentence.

The appeals court’s decision had been hotly anticipated by New York’s legal community, particularly after oral arguments in December, when the panel seemed skeptical of the trial judge’s decision to let the jury hear three women who testified that Mr. Weinstein had sexually assaulted them – behavior for which he was not charged.

Mr. Weinstein’s lawyers had seized upon their testimony, saying that their presence had improperly influenced the jury.

But Angela M. Mazzarelli, who wrote the opinion for the five-judge panel that heard the case, said their accounts were important.

They showed, she said, that Mr. Weinstein did not see his victims as “romantic partners or friends” but that “his goal at all times was to position the women in such a way that he could have sex with them, and that whether the women consented or not was irrelevant to him.” . ”

She said the witnesses had provided “useful information,” and that they had helped the jury understand the dynamic between Mr. Weinstein and his victims.

“We reject defendant’s arguments, and affirm the conviction in all respects,” she wrote.

A lawyer for Mr. Weinstein said his legal team would ask New York’s highest court, the Court of Appeals, to review the affirmation. That court will not automatically take the case.

“We are obviously disappointed in the court’s decision and look forward to asking the Court of Appeals to review what we believe are substantial meritorious legal issues,” said Barry Kamins, the lawyer. “Mr. Weinstein will continue to pursue all available legal remedies to establish that he did not receive a fair trial. “

Ernesto Castro
As Ezra Miller Scandals Mount, What Options Does Warner Bros. Have for ‘The Flash’?
Wells Fargo employees pushing to organize union across bank’s workforce