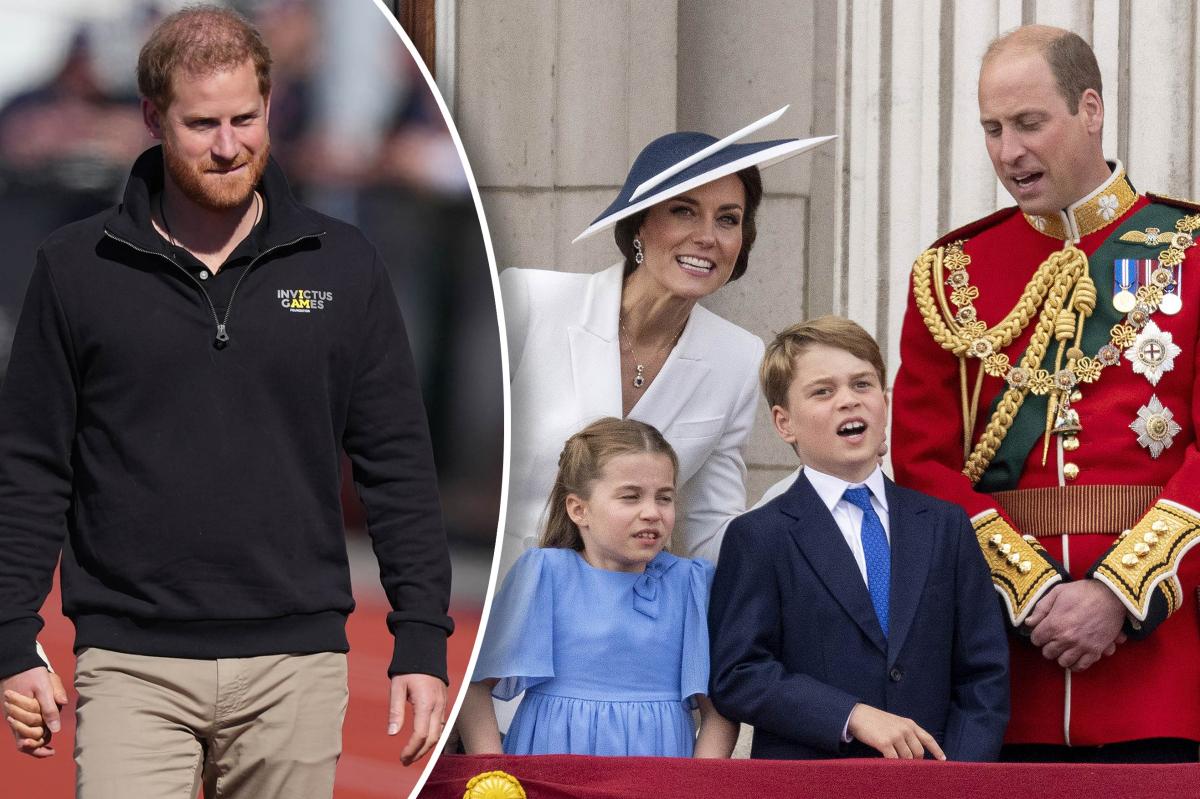 Prince Harry and Meghan Markle may not see Prince William and Kate Middleton privately during their visit to the UK, palace insiders told Page Six.

Harry, 36, and Markle, 40, looked in fine form as they watched the Trooping the Color ceremony from the sidelines Thursday, beaming as they were reunited with family. However, they did not see William and Kate.

The former “Fab Four” will be reunited tomorrow at St Paul’s Cathedral for the first time in more than two years, at the Service of Thanksgiving for the Queen.

The last time they were all together was during a rather awkward appearance at Westminster Abbey for the Commonwealth Day service in March 2020, days before Harry and Markle moved to the US.

Harry and William continue to have a frosty relationship, Page Six is ​​told, following the younger brother’s exit as a senior royal.

“At the moment, it does not look likely that Harry and Meghan and William and Kate will meet up separately during the Jubilee celebrations,” said one insider. “There is certainly nothing in the diary at the moment.”

This means William and Kate’s three kids, Prince George, 8, Princess Charlotte, 7, and 4-year-old Prince Louis, may not get to see their cousins, Archie, 3, and Lilibet – who will celebrate her first birthday in Britain on Saturday.

As previously reported, William and Kate will be over a hundred miles away, in Wales, when Lilibet celebrates with the Queen at Windsor Castle on Saturday.

It’s still not known whether a historical photo of the Queen and her namesake will be released after their meeting. The Duke and Duchess of Sussex, as Page Six has reported, have been planning to keep this visit low-key and make it all about the Queen.

Harry and Meghan looked at great spirits as they watched the Trooping the Color ceremony Thursday from the Major General’s office in central London.

Harry donned a suit, rather than the military uniforms his father, Prince Charles, and brother wore to the parade, after he was stripped of his honorary titles as part of his “Megxit” deal to step away from royal duties.