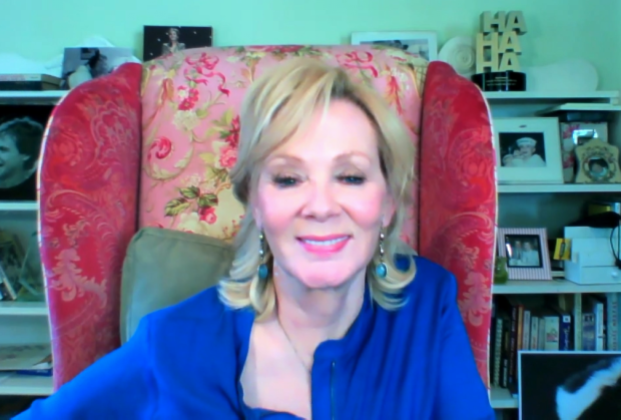 Warning: This post contains spoilers from the first two episodes of Hacks Season 2.

HBO Max’s Hacks premiered its first two episodes of Season 2 Thursday, and while Deborah’s (Jean Smart) stand-up tour has officially kicked off, her relationship with writer Ava (Hannah Einbinder) has never been rockier.

Picking up exactly where it left off, Ava is filled with dread and guilt after discovering that her email full of spilled tea on her boss has actually made its way back to their agent Jimmy (Paul W. Downs).

“It’s a mixture of stress, fear, sadness, probably some anger,” Einbinder tells TVLine, detailing the tornado of emotions swirling through her character. “It’s really frustrating because she was high on pills and drunk when she sent this email that doesn’t actually reflect her true feelings about Deborah. She was mad and she’s a little immature, and so she acts out and has to deal with the consequences. “

As the women hit the road to workshop Deborah’s new material, Ava decides she can no longer live with herself, despite Jimmy jumping through hoops to keep the secret quiet. So she does the unthinkable: She confesses to Deborah. Upon learning that the dirt might be used in a series starring Helen Mirren, Deborah’s instant reaction is pure rage, prompting an equally hilarious and Dramatic scene that sees the comedian hurling heavy gift shop stones at her scribe’s head while yelling, “Of course it’s going to series, you ungrateful b — h!”

Says Smart about filming the scene: “They were rubber, but they were so hard… I didn’t mean to hit her!” (Watch the video embedded above for the full breakdown of the big fight scene and more.)

And as we already know, this isn’t the first time Deborah has been wronged by someone close to her. But how does it rank among the other hurts she’s experienced in life?

“My first gut reaction to that is to say it’s the worst,” says Smart. “It’s so awful and so painful the things she says about me, and even though I don’t act like it, I do care what she thinks.”

Eventually, Deborah has time to reflect and decides to let it go so they can continue on with the tour. As a remorseful Ava thanks her boss for her kindness, Jimmy calls with some harsh news: Deborah’s suing Ava for violating her NDA.

So what does that mean for the women and their tour, and what pointed dagger of an insult does Deborah launch Ava’s way? See what Smart and Einbinder have to say in the video embedded above. Then, grade the episodes and drop your thoughts in the comments!