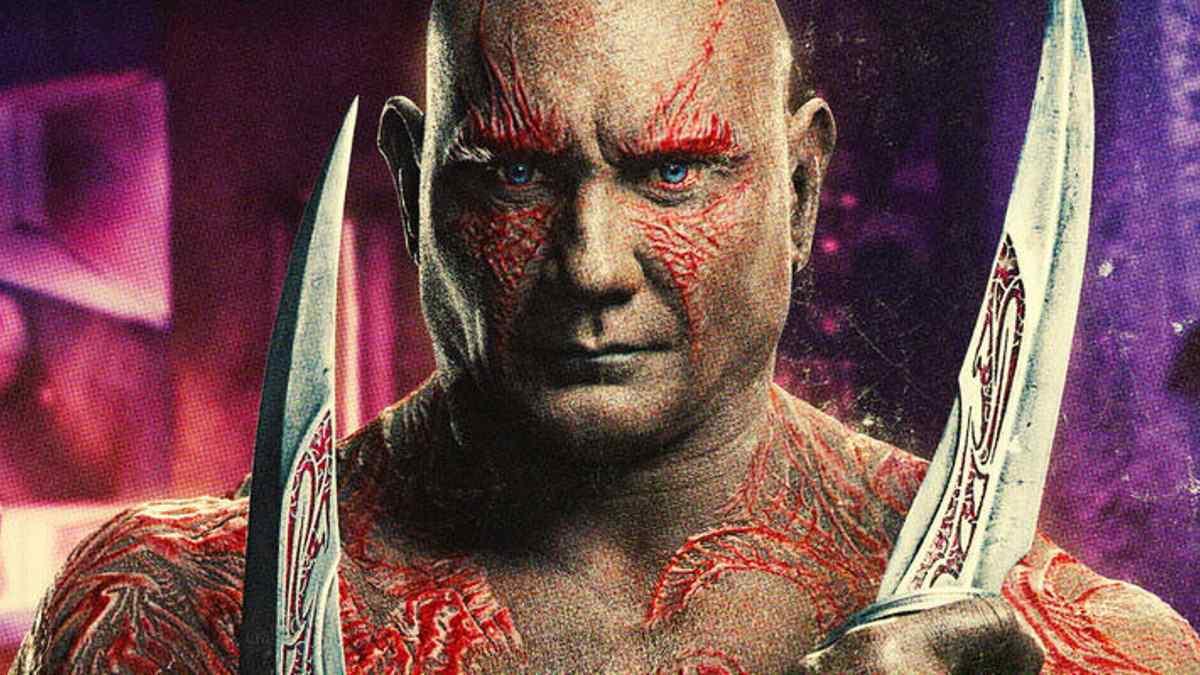 Don’t expect Drax (Dave Bautista) to be hanging around the Marvel Cinematic Universe much longer. Monday, Bautista himself reposted a photo earlier shared by James Gunn showing the majority of the Guardians of the Galaxy Vol. 3 cast celebrating after principal photography on the film wrapped. Only Bautista went a step further to say goodbye to his characters in the form of a hashtag included with his caption on the photo.

“Haven’t found the words yet,” Bautista shared. “It ended so suddenly and I was on to my next film before I could process it all. End of a joruney that changed my life. #Guardiansofthegalaxy # vol3 #GoodbyeDrax #DreamChaser #DreamMachine.”

This isn’t the first time fans have been teased about the conclusion of this batch of Guardians. The filmmaker said in January that fans should expect a big, dark film.

“This is the end for us, the last time people will see this team of Guardians,” Gunn told Deadline’s Hero Nation Podcast, regarding Guardians 3. “It’s big; it’s so, so big and dark, and different from what people might be expecting it to be.” He added that, “I just want to be true to the characters, the story and give people the wrap-up that they deserve for the story. That’s always a little bit scary; I’m doing my best.”

Gunn shared his own tribute to wrapping photography on Guardians of the Galaxy Vol. 3 over the weekend.

“After over 100 days of shooting & over 3000 shots, this is the slate for the final shot of # GotGVol3, presented to me by the camera crew. It was an easy shot of Rocket seated, 1st with angseangunn, & then nothing there , & took everything in me not to break down sobbing on the spot, “Gunn wrote on Twitter. “The majority of the last ten years of my life have been spent working on & thinking about the Guardians. I still have a long road ahead of me with VFX & editing, but it was still momentous to me.”

It is somewhat simple to explain to others how much I love this cast & crew. It is more difficult to explain how much I love these characters – that I see them as parts of myself & parts of those I love, & filming them, & writing their words, is a way of expressing that love, “he added. “Again, I’ll still be working with them over the next year until release, but shooting that last shot was a reminder of the warm impermanence of life & love, & how that impermanence makes it so precious, so valuable, & is a good reason to be grateful for what I have right now. ”

What members of the Guardians would you like to see spin-off shows of? Let us know your thoughts either in the comments section or by hitting our writer dAdamBarnhardt up on Twitter to chat all things MCU!