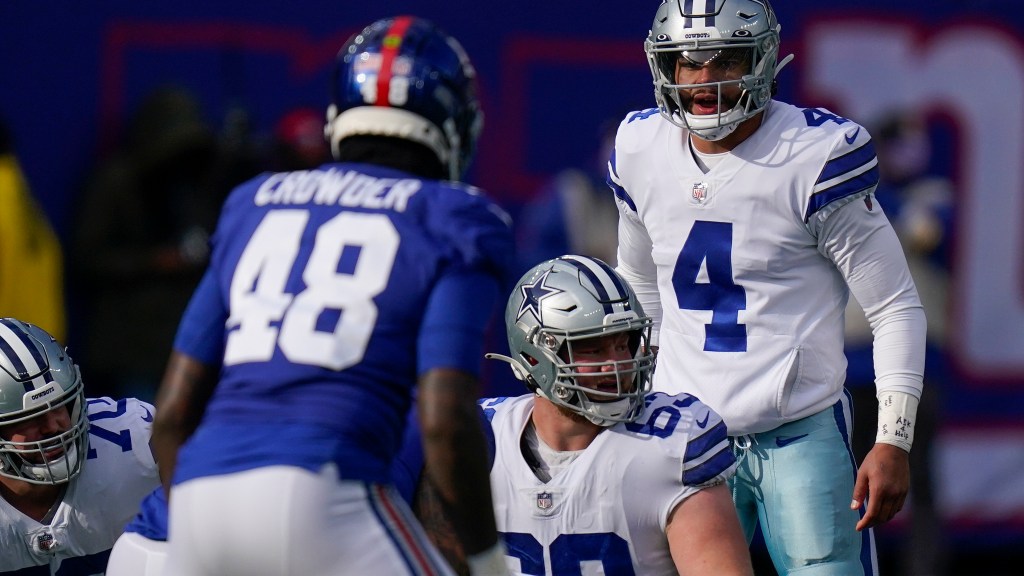 The New York Giants will play the Dallas Cowboys on Thanksgiving this year, so don’t make any plans.

Just kidding. Not about the game, though. The Giants are really playing the Cowboys in Dallas on Thanksgiving.

Sources: #Giants at #Cowboys on #Thanksgiving. Heard it a few places earlier and now confirmed. Emoji master IceLicensePlateGuy hinted at it. Now if only I can figure out what his Christmas tree means

Giant fans throughout the years have usually had Thanksgiving off. The Giants have played 16 times (7-6-3) on Thanksgiving Day with all but four of those games taking place before World War II.

In fact, from 1940 through 1981, the Giants did not play a single Thanksgiving Day game. Much of that is in deference to the holiday. The Giants are a family business, after all, and being with family took priority.

But business comes first in the NFL now and the Giants have played four times on Turkey Day in recent years. The first was the thrilling 13-6 win at Detroit in 1982 where Lawrence Taylor scored the winning touchdown on a 97-yard interception return.

This game will pit Big Blue against the Cowboys in a national game once again, a huge draw no matter how well the teams are playing and where they are in the standings.

The Giants have defeated the Cowboys just once in their last 10 meetings, six of which have been national broadcasts.