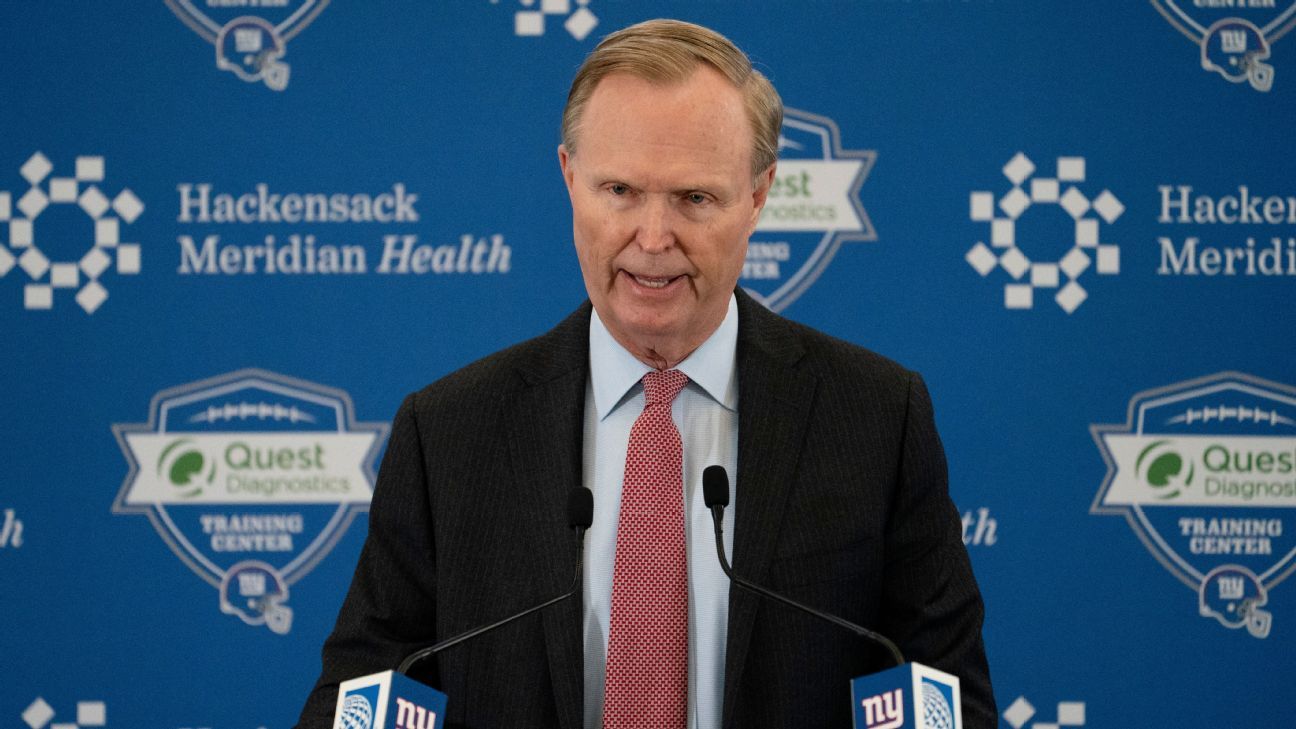 PALM BEACH, Fla. – New York Giants co-owner John Mara again strongly denied allegations brought on by a lawsuit from Brian Flores that accused his organization of a “sham” interview during its head coach search and insisted the team would not be settling out of court.

Additionally, Mara said the organization had no contact with New England Patriots coach Bill Belichick, whom the lawsuit allegedly accidentally told Flores he would not be getting the job before he was even interviewed.

Flores claimed in the suit that the Giants had made their decision to hire Brian Daboll, a white candidate, before he received his chance in front of the team’s brass. Flores is Black.

Mara insists it’s all “false.” He says he is not going to back down and is confident the Giants went through a thorough and fair process.

“Not settling it,” Mara said on Sunday at the NFL’s annual meetings. “Because the allegations are false. We’re very comfortable with our hiring process. It was a fair process and we ended up making the decision that we made based on a lot of factors, none of which had to do with race.”

Mara insists the Giants did not have anyone to communicate their intentions with Belichick during the process. Mara said he hasn’t spoken to Belichick since the Giants participated in joint practices and had a preseason matchup with the Patriots during the summer.

Belichick is a former Giants employee (1979-1990) and still has ties to the organization. He helped the previous Giants coach, Joe Judge, get hired.

“I think the truth will come out eventually,” he said. “[Belichick] didn’t speak to anyone in our organization. “Mara’s nephew, Tim McDonnell, had been communicating with Flores throughout the process, according to the lawsuit. He reached out to the former Miami Dolphins head coach the day after Judge was fired.

The text exchange Flores had with Belichick that he says implicates the Giants occurred before the Giants conducted in-person interviews. Its timing puts Mara and the Giants’ integrity in question.

“It’s never pleasant,” Mara said. “Unfortunately, this is the price of doing business these days.”

Still, it’s not a price that he is willing to accept.

“It’s false,” Mara reiterated. “I’ve said over and over again we had a very thorough process. Interviewed some great candidates. Made the decision we made based on a lot of factors. [General manager] Joe [Schoen’s] prior relationship with Brian [Daboll] certainly entered into it. But at the end of the day we thought Brian Daboll was the best fit for us. “

Daboll and Schoen had worked together in Buffalo for the past three years. Schoen was the assistant general manager; Daboll was the Bills’ offensive coordinator.

Flores has since been hired by the Pittsburgh Steelers as their senior defensive assistant and linebackers coach.

Ernesto Castro
The Walking Dead Season 11 Episode 14 Review: The Rotten Core
This is what Will Smith and Chris Rock said during Oscars punch