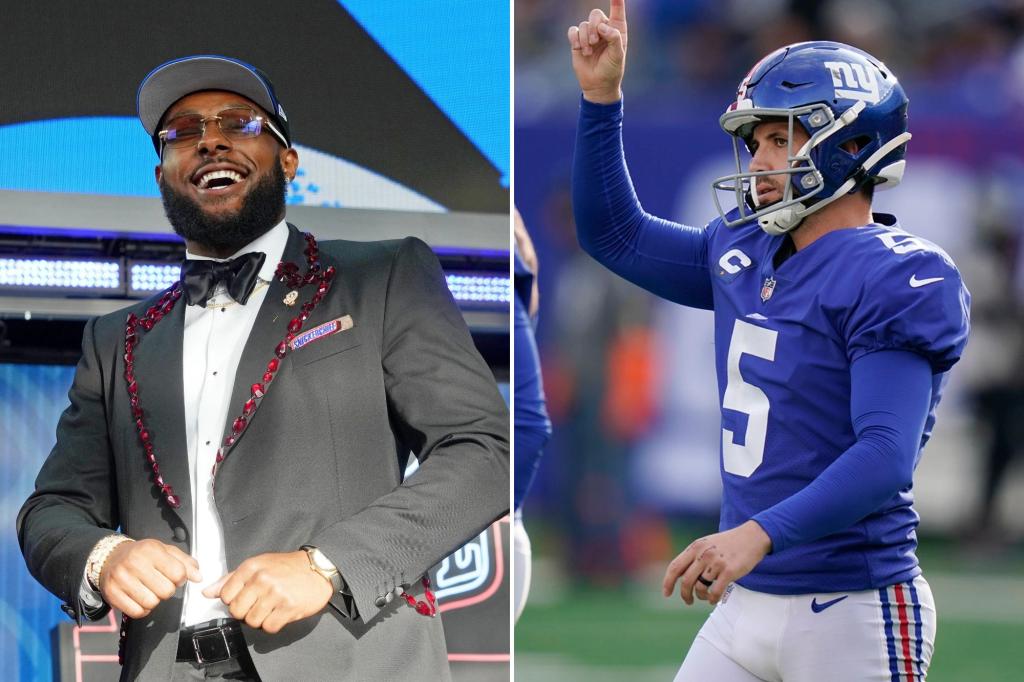 Kayvon Thibodeaux is already making things happen for the Giants.

Thibodeaux created a buzz on social media Monday when he pried away uniform no. 5 from kicker Graham Gano, who proved to be a tough negotiator last year when another former first-round draft pick opted to walk away from the negotiating table rather than pay Gano’s asking price.

When the deal was complete, the Giants socialized a video of Thibodeaux’s name being sewn onto the jersey, a photo of the jersey hanging in his locker, an image of their rookie pass-rusher wearing the jersey in a game with several fire emojis, and a link to buy the jersey.

Thibodeaux wrote, “It’s time” with two blue hearts and a Statue of Liberty emoji. And Gano jokingly wrote, “Thought you guys were gonna post my new jersey hanging up…” with a grinning emoji.

One year ago, when the NFL changed a rule and started allowing defensive players to wear single-digit numbers, safety Jabrill Peppers wanted to get his hands on his old college number. But Peppers, now with the Patriots, stuck with No. 21 in his final season with the Giants after Gano drove a hard bargain.

It’s not known what Thibodeaux paid Gano to change numbers, but the rookie clearly wasn’t giving up easily on the number he wore at Oregon. Not with a $ 31.3 million contract, including a .9 19.9 million signing bonus, waiting in the wings. Peppers earned $ 17.7 million in his first five seasons in the NFL.

Thibodeaux called Gano a “great guy” and said “the number don’t make the player, the player makes the number.” Gano did No. 5 proud over two years, making 92.3 percent of his field goals and 95 percent of his PATs.

The biggest winner is the charity that will get a donation from Thibodeaux as part of the deal. Gano teased more specifics to be released Tuesday.

“Obviously, he’s a vet, and he’s put the work in, and he’s got five kids,” Thibodeaux said, “so you know there’s a whole lot of negotiating that’s going to have to happen.”

The deal got done faster than expected.