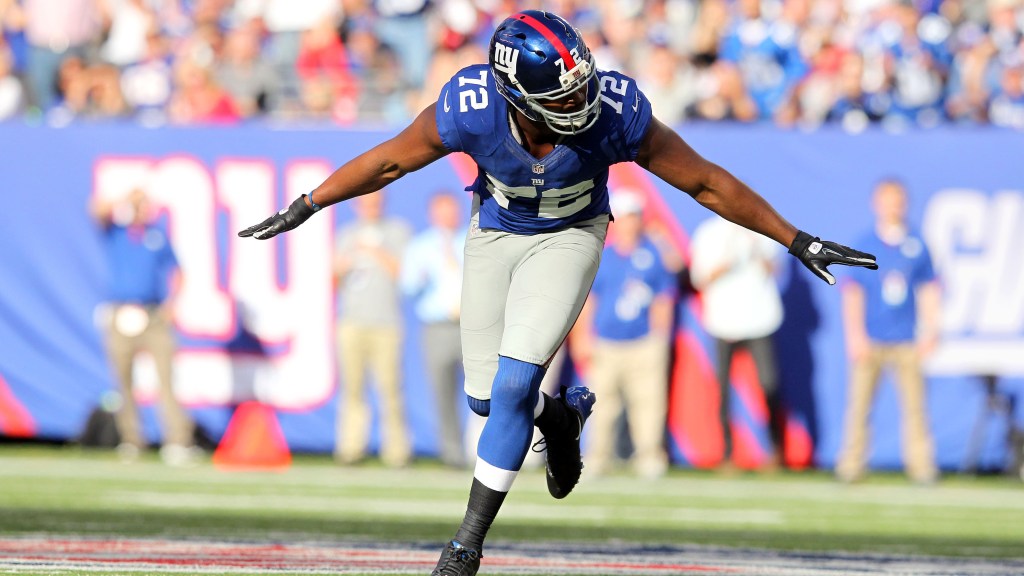 In 2003, the New York Giants selected Troy defensive end Osi Umenyiora with the 48th overall pick in the NFL draft. His NFL career got off to a slow start, recording just one sack as a rookie but then began to heat up in Year 2 with seven sacks.

In 2005, Umenyiora was seeking a new contract. It was Week 11 and Tom Coughlin’s team was 7-3 and heading towards the playoffs. They flew west to Seattle to face the eventual NFC Champion Seahawks (8-2) and Umenyiora would have to prove his worth to the team against future Hall of Fame offensive tackle Walter Jones.

True story. A couple of hours before this game, management told me that if I wanted a new contract I would have to prove myself against probably the best Offensive Tackle to ever play. I had the contract by Monday. https://t.co/6IEvD4Zyt2

Umenyiora had a monster game with seven total tackles, two sacks and the forced fumble on Matt Hasselbeck shown above. Two weeks later, the Giants announced a six-year, $41 million extension with $15 million guaranteed.

That was investment that ultimately served the Giants well. Umenyiora helped lead the team to two Super Bowl titles and