Giants Graham Gano with incredible gesture after ‘selling’ No. 5 to Kayvon Thibodeaux

Home /Sports/Giants Graham Gano with incredible gesture after ‘selling’ No. 5 to Kayvon Thibodeaux 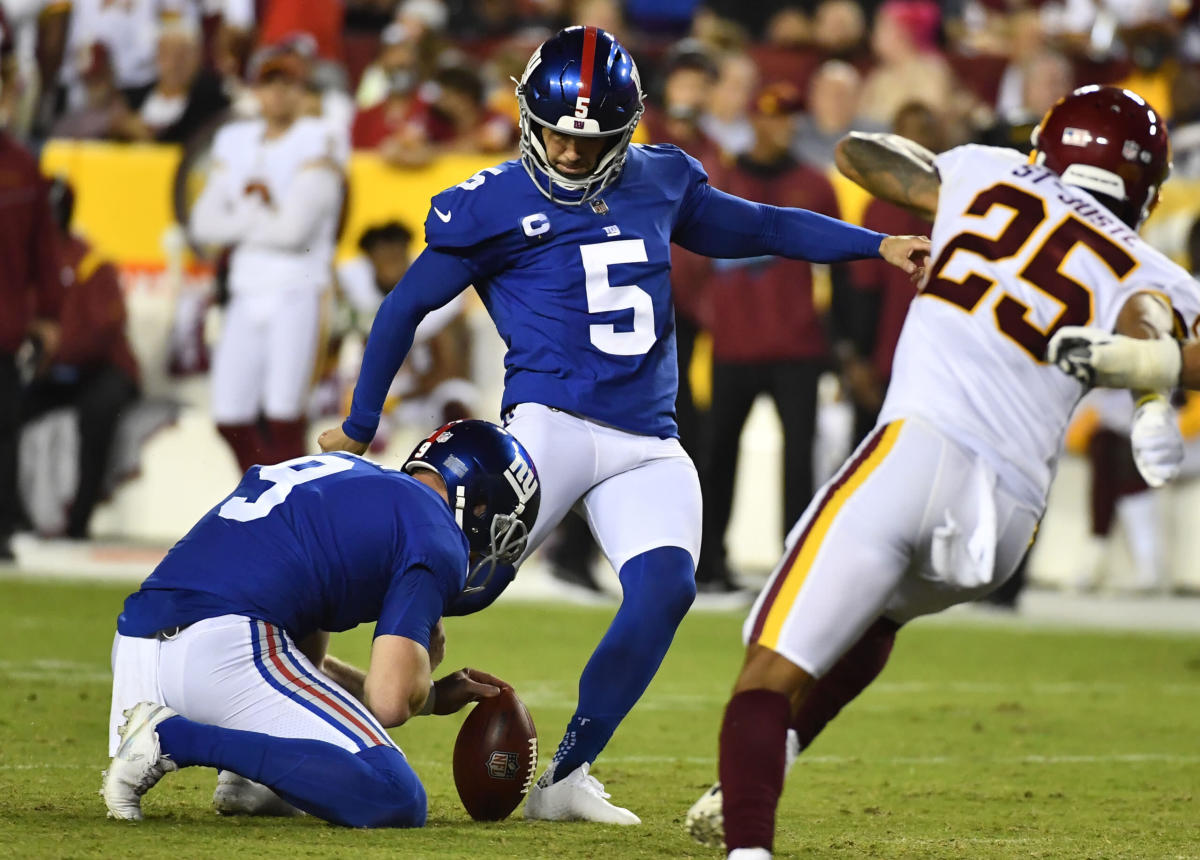 There are stories upon stories about the prices athletes are willing to pay their teammates for numbers they covet. However, none are close to the goodness Graham Gano of the New York Giants displayed when he gave up his No. 5 to first-round pick Kayvon Thibodeaux.

Gano wore No. 5 for Big Blue because he has five children. Thibodeaux wanted the digit he wore at Oregon.

However, the kicker to the story is the kicker didn’t keep the money. He is donating it to Puppies Behind Bars, which provides service dogs for wounded war veterans and first responders, in addition to explosive-detection canines for law enforcement.

The mantra for Puppies Behind Bars:

Puppies Behind Bars (PBB) trains incarcerated individuals to raise service dogs for wounded war veterans and first responders, as well as explosive-detection canines for law enforcement. Puppies enter prison at the age of 8 weeks and live with their incarcerated puppy-raisers for approximately 24 months. As the puppies mature into well-loved, well-behaved dogs, their raisers learn what it means to contribute to society rather than take from it.

Gano’s generosity is a Mitzvah as one would say, any way you put it. Well done. Kudos.