Gas prices are skyrocketing. Here’s why people haven’t cut back on spending – yet 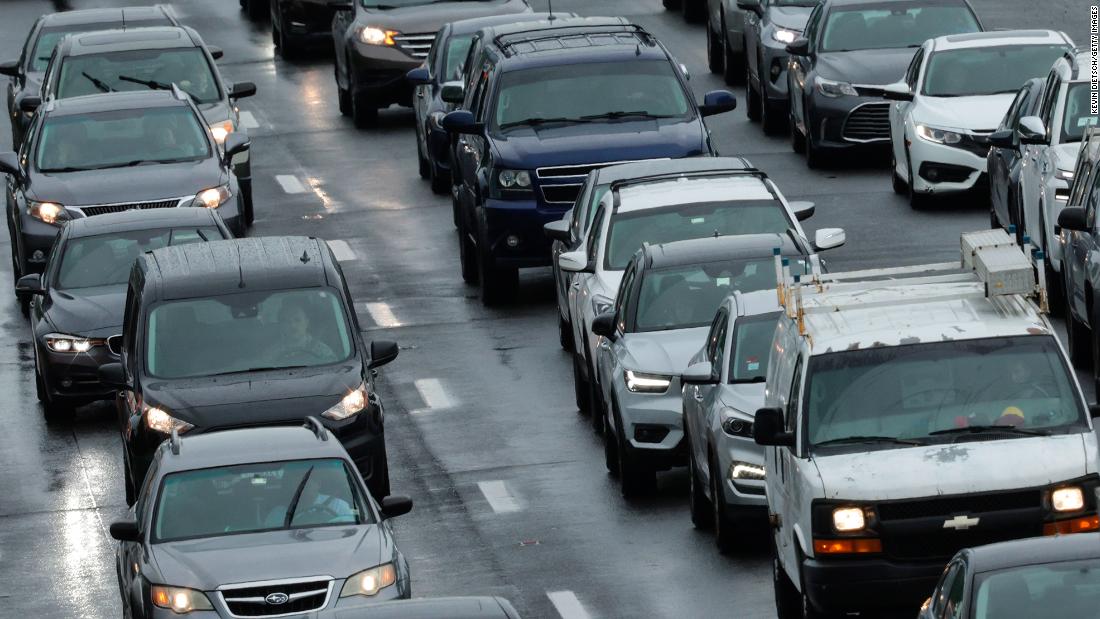 In the week ending this past Saturday, there was a 5% decline in the amount of gas pumped at US gas stations compared to the same week a year ago, according to OPIS, which tracks gasoline prices and consumption data. That modest decrease happened as the national average price rose from $ 3.04 a gallon on May 29, 2021 to $ 4.60 a gallon on May 28 this year, according to the OPIS data released by AAA.

Typically when the price of a good goes up, the consumption of it goes down, a process known as “demand destruction.” But gasoline is what economists call an “inelastic” purchase, which means its consumption is not greatly affected by its price.

Consumption of gasoline shows no significant signs of slowing even in the states with the highest average prices, such as California, where the statewide average now stands at $ 6.21 a gallon, the highest in the nation.

“We’re seeing demand destruction around the world, but in the United States it seems like people will be stubborn about it,” said Tom Kloza, global head of energy analysis for OPIS. “California has taught us that $ 6.20 a gallon can be tolerated.”

Kloza said the data does show that drivers are shifting their gas purchases to lower priced stations, such as those at big box retailers like Costco (COST), and away from more convenient but higher priced stations owned by individual operators. And he believes that consumers are taking modest steps to limit driving, such as making more stops on a single trip running errands, rather than making multiple trips to different stores.
As for commuting, Kloza said it’s possible that many people who have the ability to work from home have started to cut back their trips to the office. Others may be using public transit or car pooling to work.
The large increase in people working at least part time from their homes, and the fact that the US economy has yet to recover all the jobs it had before the pandemic, helps explain why consumption has fallen about 15% from 2019, when there was record US gasoline use.

But even with that 15% drop in consumption, drivers are spending far more at the pump than they did before the pandemic, as prices have soared 67% compared to the same time in 2019. And that’s a problem for the economy overall, because it could force consumers to cut back their spending on other items.

“I think people will economize on their driving only so much,” said Mark Zandi, chief economist for Moody’s Analytics. “The hit will be to other forms of discretionary spending.”

The typical US household buys about 90 gallons of gasoline a month, Kloza said, so the price increase from $ 3.04 a year ago to a record $ 4.72 a gallon in Thursday’s reading will cost an additional 150 a month.

The nation’s overall economy is driven primarily by consumer spending, so if consumers pull back on other discretionary purchases – dining out, buying clothing, vacations – that would be A major headwind, Zandi said, even if the nation’s energy sector gets a lift as a result.

“The rule of thumb is for every $ 10 increase in price of a barrel of oil, it shaves one-tenth of a point off GDP,” Zandi added, referring to gross domestic product, the broadest measure the nation’s economic health.

Spending at retailers other than gas stations was up 1% in April compared to March and up 6% above April 2021, even as spending at gas stations soared 37% over the course of the last year due to higher prices.

Spending on other items is likely to take a hit as gas prices continue to climb from their April levels, Zandi said. That could even change people’s view of the economy itself, leading to a change in behavior, because if there’s one product where consumers are hyper-aware of the price, it’s gasoline “I think oil and gas prices play an outsized role in people’s thinking about the economy, and their own financial situation, “he said.

Zandi also worries that if oil prices keep rising, lifting the rate of inflation, the Federal Reserve will be forced to take a more aggressive approach to raising interest rates, which could tip the economy into recession.