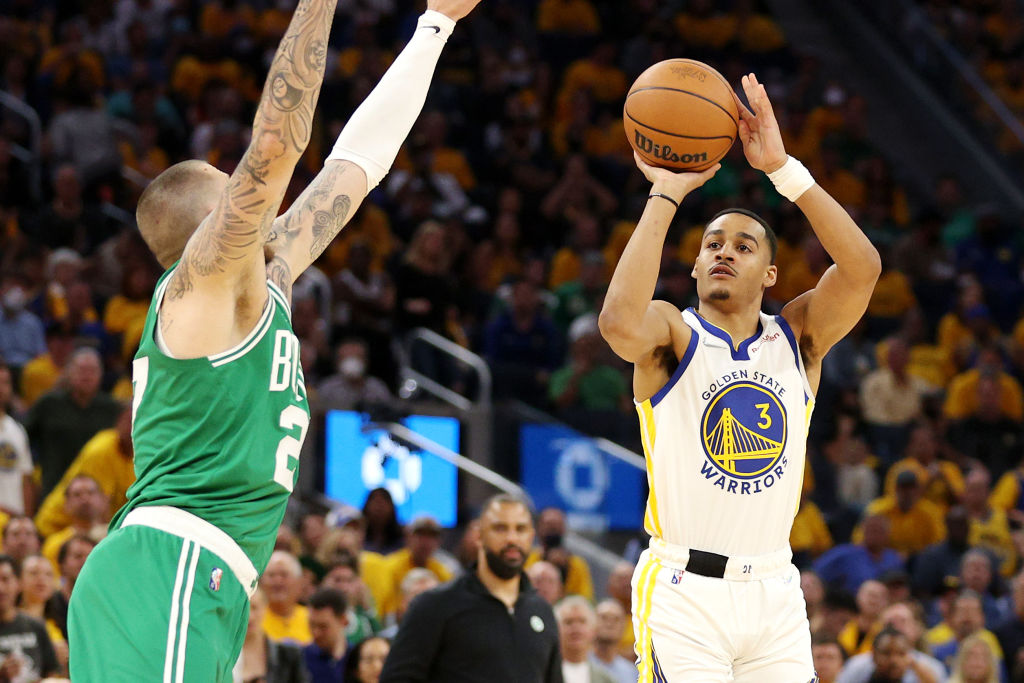 Thankfully, someone other than Mark Jones / Mike Breen, Jeff Van Gundy and Mark Jackson was calling the Warriors’ 107-88 blowout of the Celtics in Game 2 of the NBA Finals on Sunday, and that someone was beIN Sports France’s Jacques Monclar, a One-time member of France’s Olympic team and later hoops coach who is now an NBA analyst.

Monclar was on the call Sunday and perfectly called the highlight of the night: Jordan Poole’s buzzer-beating half-court heave at the end of the third quarter, which Monclar called “in” before it even touched the net. Have a listen, courtesy of Tim Burke:

As called on French TV: pic.twitter.com/bUeupx9QRf

“Dedans” literally translates to “in,” which Poole’s shot was very much.

After struggling for the entirety of the first half, Poole broke the lid off the game to close the third quarter with two straight deep threes to give the Dubs an 87-64 edge after three frames.

The Celtics never made it a game in the fourth quarter.

Poole exploded in the second half for a final line of 17 points, including 5-of-9 from three.

“That was a huge finish to the third and it was important,” Warriors head coach Steve Kerr said after the game. “They got the momentum at the end of the third quarter in game one by knocking down four free throws to cut it to 12. We had it to 17, they cut it to 12. This time we had it around 17 and ramped it up. to 24. Totally different finish to the quarter, way better for us momentum-wise and Jordan played a big role in that. “