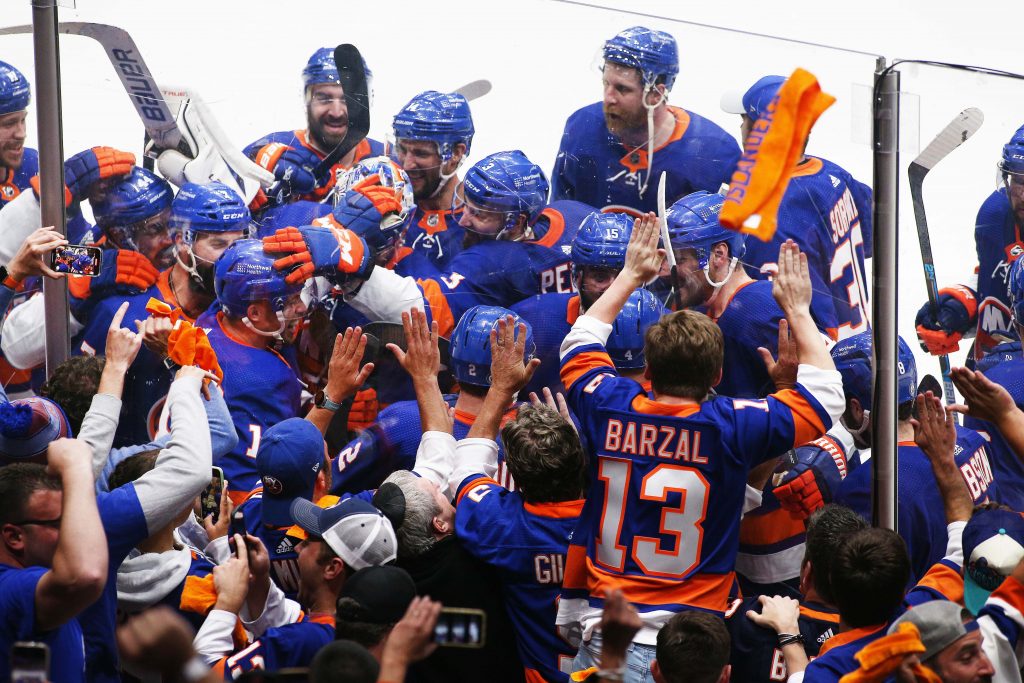 Free agency is now less than a month away and many teams are already looking forward to when it opens up. There will be several prominent players set to hit the open market in mid-July while many teams have key restricted free agents to re-sign as well. Next up is a look at the Islanders.

F. Kieffer Bellows – The 2016 first-round pick has had a slow start to his career, putting up just 25 points in 67 career games thus far, spread over three seasons. After his ELC expired last offseason, Bellows signed a one-year, $ 750K contract to stay with the Islanders for 2021-22, where he had a modest breakout with the club, recording a career-high six goals and 13 assists in 45 games. . That performance was enough to turn some heads and prove Bellows may be able to make a career for himself in the NHL after all, but it likely won’t earn him much of a raise. Considering the Islanders issues with scoring, an aging roster, and limited cap space, Bellows could be in a strong position to see more regular ice-time, both in games played and time-on-ice, as a young and affordable piece who was drafted for, and has shown flashes of, his ability to put the puck in the back of the net.

D Noah Dobson – A 13 game roadtrip to start the season, a major COVID-19 outbreak in the locker room, and a number of key injuries contributed to the Islanders missing the playoffs for the first time since 2017-18. Frustrating as the season may have been, one major bright-spot was the emergence of Dobson, who’s 13 goals and 38 assists for 51 points in 80 games all represented career-highs. Those 51 points were also good enough to place Dobson third on the team in scoring, not far behind Mathew Barzal and Brock Nelson‘s 59 points, and his 21:28 of average time-on-ice, also a career-high, was enough to lead the team. Having established himself as one of the best and most important players for the team, and at the expiration of his ELC, Dobson is in line for a significant raise. Both team and player could have varying ideas of how to approach his next contract, perhaps opting for a long-term deal that would still bring him to UFA status at a relatively young age (an eight-year contract depositing him on the market at age 30), or perhaps a shorter bridge-deal that would keep Dobson an RFA or expiring right at the start of his UFA eligibility. Looking at the rest of the team, the two highest salaries come from Barzal and Anders Leeeach earning $ 7MM, and the team’s two top defensemen, Ryan Pulock and Adam Pelech, earn $ 6.15MM and $ 5.75MM respectively. However, all but Barzal signed as or as soon-to-be UFAs. One interesting comparable could be Quinn Hughes of the Vancouver Canucks, who signed a four year, $ 47.1MM contract at the expiration of his ELC, though he was coming off two consecutive years of production similar to Dobson’s single platform-year at this rate of production.

D Sebastian Aho – The other half of the NHL’s Sebastian Aho‘s, the Islanders’ Aho is set to hit UFA after just his third NHL season as a Group 6 UFA. Aho brings with him 18 points in 61 games of NHL experience, with 12 of those points coming in 36 games this season, both career-highs. Interestingly, the 2017 fifth-round pick made his debut and played 22 games for the Islanders in 2017-18, but was limited to just one game of NHL action since before this season under the Lou Lamoriello front office. The situation would seem ripe for Aho to test free agency on his own to find an offering of regular ice-time with another organization, but the Islanders have just one left-handed defenseman under contract for next season (Pelech), a position that was a sore-spot for the team this year. Considering Aho’s strong season, which saw regular work down the stretch while the team was trying to make a push for the playoffs, Aho may have an opportunity for a regular job on Long Island.

D Zdeno Chara and D Andy Greene – The two veteran defensemen were brought in to bolster the team’s depth on the left side defensively, but both would end up struggling to a degree, showing their age. Chara, 45, and Greene, who will be 40 in October, may be destined for retirement at this point in their careers but both, being well-respected and long-tenured NHLers, should have no problem staying in the league in off-ice. roles if they want to. Greene, an undrafted free-agent signed by Lou Lamoriello with the New Jersey Devils, then acquired by Lamoriello from New Jersey in February 2020, may have a chance to stick around as the team looks for affordable pieces to round out its roster, especially considering Lamoriello’s well-known loyalty to his players.

According to CapFriendly, the Islanders head into the offseason with just a tick over $ 12MM in cap space. On one hand, $ 12MM is plenty to work with when compared to other teams’ sticky situations and the team only has one pending free agent, Dobson, likely to eat up a significant amount of that. On the other hand, after the tough season on Long Island, they will certainly need to make improvements throughout the roster, with their cap space perhaps not being that amenable. Additionally, Lamoriello made several deals to help alleviate any cap issues the team had or was going to have, including trades of Devon Toews, Nick Leddyand Andrew Ladd. These trades cost the team some depth, though bringing in three second-round picks altogether, but who may not be ready to make an impact just yet. If the veteran islanders executive can find a way to move out an expensive veteran contract, such as that of Josh Bailey or the considerably younger Anthony Beauvillierhe could create some additional cap flexibility to make the necessary changes the team has to make.

Ernesto Castro
Yellowstone’s Kelly Reilly Recalls the Crushing Scene That Outraged Viewers: ‘America Went After Me for That!’
Johnny Depp shaves and appears in Finland