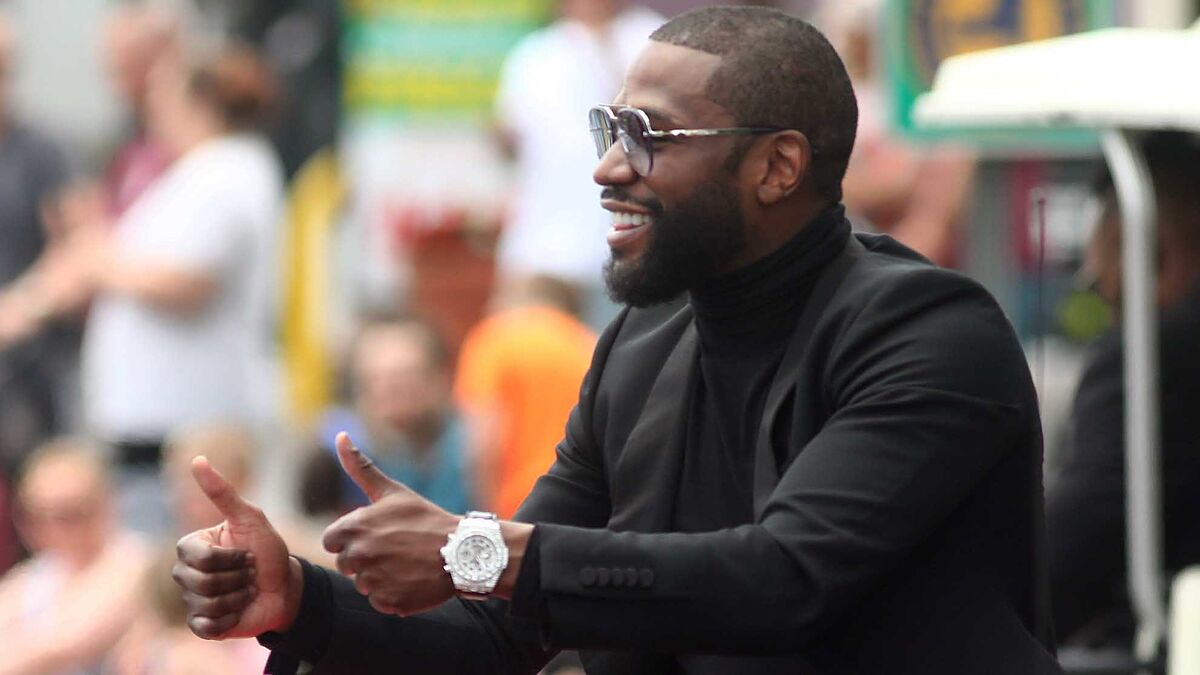 F.aced with Jake Paul‘s remarks about Floyd Mayweather Jr being broke, the former world boxing champion not only denied it, as he claims he makes $ 300 million every month.

“My team, my guys in New York, and my other real estate team that’s here today, they can’t stop us. In 32 months, I put myself in a position with a smart business team to make 300 million a month. It all started with the sport of boxing, “he said.

At 45 years of age, “Money” constantly appears in different parts of the world showing off wads of cash and huge gold chains as part of the enormous fortune he has built throughout his career.

Mayweather participated in some of the most lucrative boxing fights in history, including the two best-selling pay-per-views against Manny Pacquiao and Conor McGregor.

In addition, even though he retired from professional boxing he has continued to fight in exhibition bouts that make him more money.

Just when he faced YouTube star Logan Paul last June of last year, it is estimated that for stepping into the ring he took more than 63 million dollars, to which must be added more for advertising.

However, Paul’s brother, Jake, claimed that Mayweather is “broke” and that’s why he hasn’t paid the amount he set for his fight last year.

In an interview with FightHub TV, the younger Paul issued stern comments implying that Floyd lost all the millions he once had and that’s why he keeps putting on shows.

“Mayweather is broke. That’s what a lot of people don’t know. He gets these big checks and doesn’t pay taxes on them. Then the IRS comes after him. He owes money to a lot of people I know. Logan is way down on that list. So, I don’t know if Logan will ever get paid. It’s kind of f *****, “he expressed.

Recently, Mayweather faced his former sparring partner Don Moore at an event where he collected an estimated $ 100 million.

He even claimed recently to have earned another $ 1.5 million for attending a press conference where he announced his other boxing exhibition against Japan’s Mikuru Asakura.