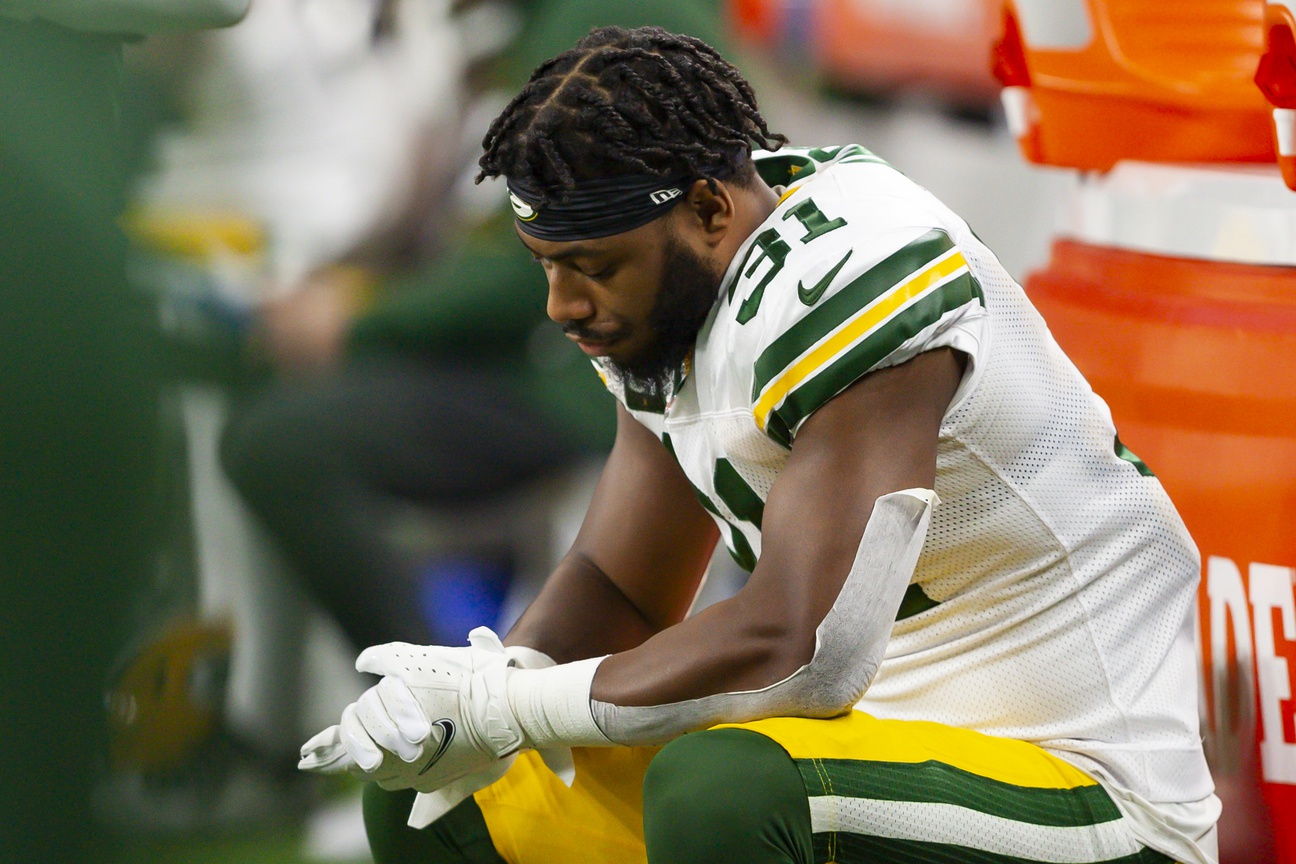 If there’s one thing which is guaranteed with each passing NFL season, it’s change.

Roster turnover is a part of life in a salary cap constrained league, and the Packers are no exception. Key players have left Green Bay in recent offseasons, whether it be as a salary cap casualty or due to a decline in their play.

Back in March, Za’Darius Smith and Billy Turner were cut as the Packers set about getting under the cap, while Marquez Valdes-Scantling was allowed to reach free agency. In 2021, Corey Linsley and Jamaal Williams left Green Bay, and in 2020, Bryan Bulaga and Blake Martinez moved on.

The Packers are faced with tough decisions each and every offseason as they push the financial envelope in pursuit of another Lombardi Trophy. The same challenge will greet them in 2023, and that means several key players could be about to play their final season in Green Bay.

It came as something of a surprise when Jones was signed to a four-year extension on the eve of free agency in 2021, as many expected the Packers to let him to hit the open market rather than fork out for a running back.

When examining Jones’ contract more closely, it became obvious this was actually a team-friendly deal, giving the Packers a clear ‘out’ after the 2023 season.

Jones’ cap hit will balloon from just $ 5.9million in 2022 to 20million next season, and the star running back is also set to earn $ 16million in 2024. With Jones turning 28 this year, it would be a massive shock if he played in Green Bay in 2023 on his currently structured contract.

In AJ Dillon and Kylin Hill, the Packers have two other talented backs on the roster, and Dillon is likely to receive an extension after his rookie contract expires after the 2023 season.

A restructure would certainly be an option, but Jones is a clear cut candidate next offseason.

Amos has been one of the pillars of Green Bay’s defense since he came aboard in 2019, but the Packers may struggle to retain the safety beyond 2022.

He will have plenty of suitors in free agency who would be happy to pay top dollar, and it could be difficult for the Packers to compete in that regard.

No doubt, Green Bay will have interest in keeping Amos in town, but they will have to draw a line in the sand at some point for a player entering his age 30 season in 2023.

The Packers are already on the hook for fellow safety Darnell Savage’s fifth-year option in 2023, which will pay him 7.9million, and if Savage can rebound this season and become a key member of Green Bay’s secondary, the team may feel better about moving. on from Amos.

Cobb slashed his 2022 salary through a restructure in order to stay in Green Bay for another year, but it feels like this season could be the receiver’s last, not only with the Packers, but in the NFL.

Turning 32 this year, Cobb’s presence on the team is solely down to Aaron Rodgers, but still, his veteran leadership will be sorely needed in an otherwise young and inexperienced receiver room in 2022.

However, Amari Rodgers was drafted in 2021 specifically to fill the kind of role Cobb vacated when he left for Dallas in 2019, and if Rodgers could take a step forward in his sophomore campaign, Cobb may simply not be needed beyond this year.

At some point, Cobb being on the roster is unfair to Rodgers, and it feels unlikely the Packers will keep him around in 2023 if he is only serving as a progress stopper for younger players.

Aaron Rodgers’ new contract means he will almost certainly retire a Packer, and it also made the possibility of Love ever suiting up as Green Bay’s QB1 a remote one.

The Packers must make a decision on Love’s fifth-year option after the 2022 season, and it is hard to imagine GM Brian Gutekunst committing to the large cap number which comes with that designation at the quarterback position for a backup.

Assuming Green Bay declines the option, 2023 would be Love’s last year under contract with the team, and if he is able to impress during the 2022 and 2023 pre-season, the Packers may cash in on Love and trade him before they lose him for nothing.

Of course, if Rodgers decides to retire after 2022, the keys may be handed to Love, and he could go on to play for the Packers for many years, but it feels more likely the young quarterback will never truly get the chance to be ‘ the guy ‘in Green Bay.

Much has been made of the contract extension Dean Lowry was given back in 2019, which few could argue he has truly lived up to.

Lowry actually enjoyed a much better 2021 season than his previous couple of years, in terms of both quality and consistency, and he has more than earned his place as a steady and reliable part of Green Bay’s defense in 2022.

However, it is difficult to imagine Lowry getting another extension after his current deal expires at the end of the season. He would be entering his age 29 season and the Packers drafted a running mate for Kenny Clark with more upside in Devonte Wyatt earlier this year.