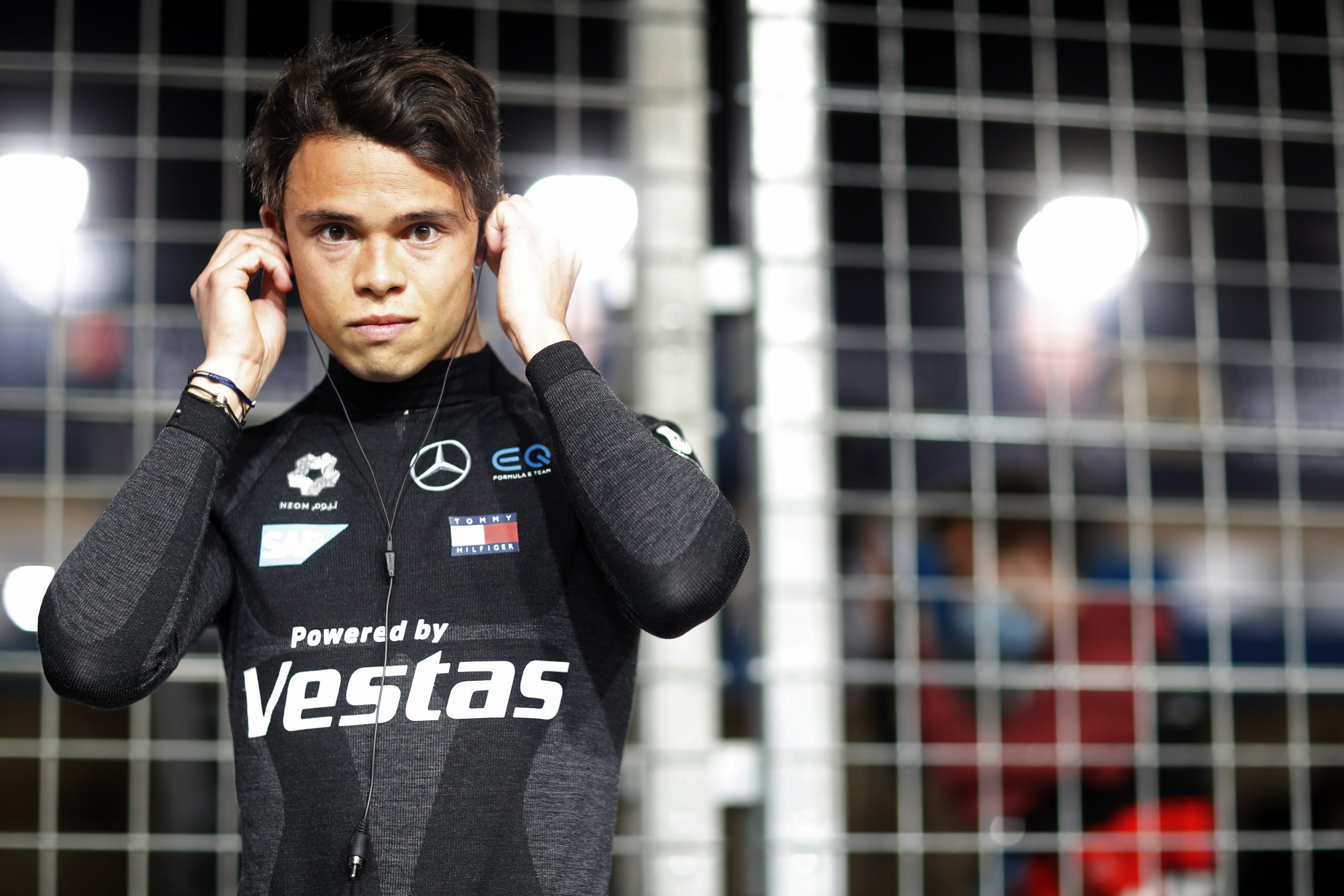 Nyck de Vries has revealed the chances of him being in the Formula 1 grid in 2023 are out of his hands.

With Mercedes pulling out of Formula E at the end of this season, De Vries is without a full-time drive in any motor racing series for next year.

The decisions of Sebastian Vettel to retire from F1, Fernando Alonso to join Aston Martin and uncertainty surrounding Oscar Piastri means there are seats up for grabs. Williams would likely be the most likely destination for De Vriesshould he join the championship.

“Obviously everyone shares that dream and goal,” De Vries exclusively told Total-Motorsport.com. “I would be lying if I said I didn’t want to go to F1.

“But I am also happy with what I’m doing. Ultimately it’s out of my control so time will tell what will come.

“I can only do a good job on the track, I’m flattered my name is around and we’ll see.”

Whereas De Vries cannot defend his Formula E Drivers’ championship from last year, he can help teammate Stoffel Vandoorne win his first title in the series.

Mercedes also lead the teams’ championship by 36 points from Venturiwith Techeetah 47 points back going into the final two races at the Seoul E-Prix.

De Vries Insists neither title race is over and is keen for Mercedes to go out on a high.

“You can’t take anything for granted in this championship,” he said De Vries. “Stoffel was out of the top 10 on Sunday and it only takes a small thing to have a DNF.

“I saw Jean-Eric Vergne was out early on when we were behind the safety car, so it can happen to anyone.

“You’ve just got to focus on yourself, try the best we can and see where we end up. We just have to make sure we’re in a position to score well and bring it home.”