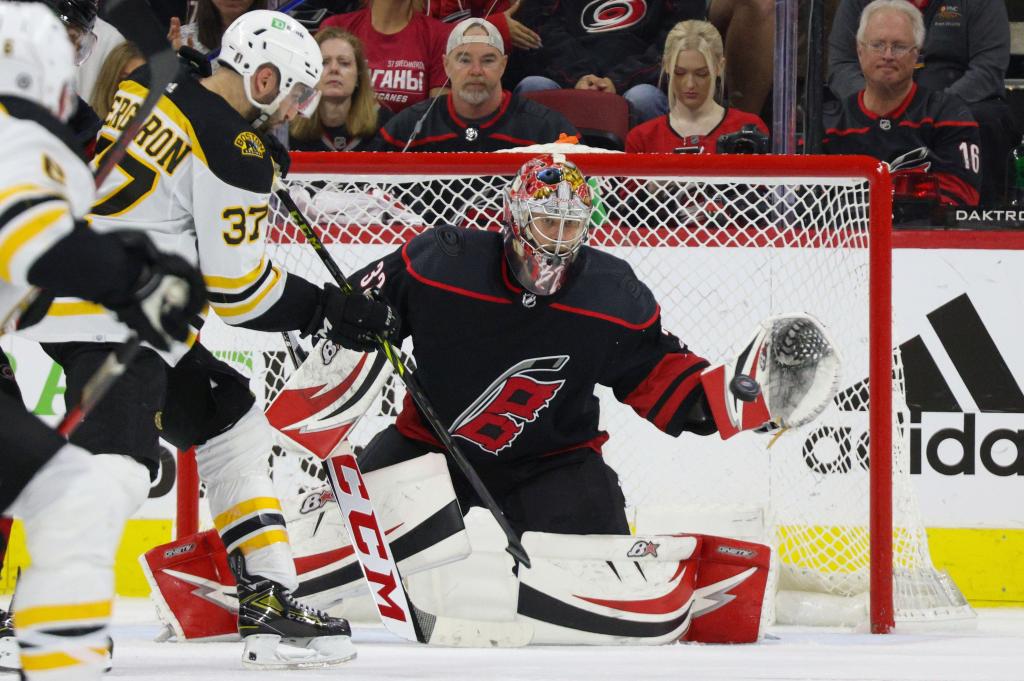 RALEIGH, NC – The Carolina Hurricanes swore they’d be fine after losing a two-game lead and momentum in their first-round playoff series. It was just a matter of cutting down on mistakes and staying out of the penalty box.

The Hurricanes did exactly that Tuesday night, and it has them within a win of advancing to the next round.

Rookie Seth Jarvis scored twice and former Ranger Antti Raanta finished with 34 saves to help the Hurricanes beat the Boston Bruins 5-1 on Tuesday night for a 3-2 lead in the best-of-seven series.

With the Game 5 win, the Hurricanes have two chances to close out the Bruins. Game 6 is Thursday in Boston, and Game 7, if needed, on home ice Saturday.

The series has yet to see a team secure a road win. It wasn’t close to happening in this one, either. Carolina shook off mistake-filled showings in Boston that sent a parade of Hurricanes to the penalty box and carried the action in a cleaner performance.

“We know how we’ve got to play,” said defenseman Tony DeAngelo, another former Ranger, who had a first-period goal.

“Penalties got us out of our game last game. … When we’re on our game 5 on 5, we’re very confident that we’re going to come out on top. “

To DeAngelo’s point, the Hurricanes have outscored the Bruins 12-6 during 5-on-5 play through five games. This time, they committed just three penalties on a night with far fewer scuffles and post-whistle antics by both teams.

Defensemen Jaccob Slavin added a first period goal for Carolina, while Vincent Trocheck added an empty net. When it was over, Carolina had five goals for the third time in as many series games in front of their loud, rowdy crowd.

Raanta was sharp all night, highlighted by stopping a left-alone Brad Marchand at the top of the crease by getting his left wrist on the puck in the first period. He carried a shutout until midway through the third.

“It’s all about just going out there and battling,” Raanta said, adding: “The whole team played great in front of me. They made my job a lot easier. “

Boston’s Connor Clifton scored on a rush to make it 4-1, while Jeremy Swayman finished with 33 saves. But after scoring twice on the power play in each of the past two games, Boston came up empty on its only three chances – and twice committed penalties to negate its man advantage.

Boston knocked Carolina out of the playoffs twice in the past three postseasons, first with a four-game sweep in the 2019 Eastern Conference finals and then a five-game, first-round series in the Toronto Bubble a year later. Now, it’s the Bruins who are facing elimination.

“Obviously it’s a do-or-die situation,” Marchand said. “It’s not the one we want to be in. But all that matters is that we regroup and get prepared for the next one.