“Everything is gone”: Russian business hit hard by tech sanctions 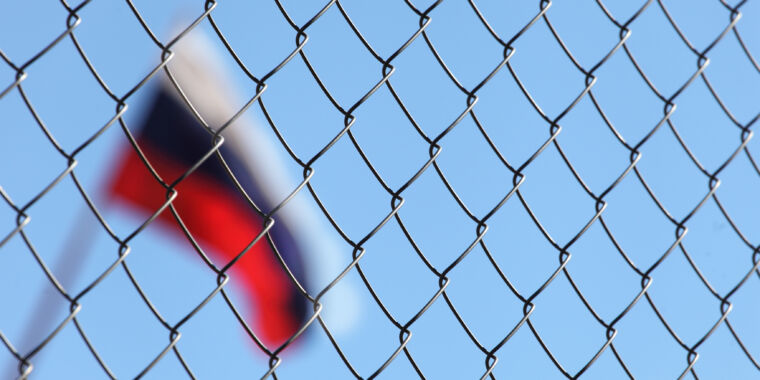 Russian companies have been plunged into a technological crisis by Western sanctions that have created severe bottlenecks in the supply of semiconductors, electrical equipment, and the hardware needed to power the nation’s data centers.

Most of the world’s largest chip manufacturers, including Intel, Samsung, TSMC and Qualcomm, have halted business to Russia entirely after the US, UK, and Europe imposed export controls on products using chips made or designed in the US or Europe.

This has created a shortfall in the type of larger, low-end chips that go into the production of cars, household appliances, and military equipment. Supplies of more advanced semiconductors, used in cutting-edge consumer electronics and IT hardware, have also been severely curtailed.

And the country’s ability to import foreign tech and equipment containing these chips — including smartphones, networking equipment, and data servers — has been drastically stymied.

“Enter supply routes for servers to computers to iPhones — everything — is gone,” said one Western chip executive.

The unprecedented sweep of Western sanctions over President Vladimir Putin’s war in Ukraine are forcing Russia into what the central bank said would be a painful “structural transformation” of its economy.

With the country unable to export much of its raw materials, import critical goods, or access global financial markets, economists expect Russia’s gross domestic product to contract by as much as 15 percent this year.

Export controls on “dual use” technology that can have both civilian and military applications — such as microchips, semiconductors, and servers — are likely to have some of the most severe and lasting effects on Russia’s economy. The country’s biggest telecoms groups will be unable to access 5G equipment, while cloud computing products from tech leaders Yandex and Sberbank, Russia’s largest bank, will struggle to expand their data center services.

Russia lacks an advanced tech sector and consumes less than 1 percent of the world’s semiconductors. This has meant that technology-specific sanctions have had a much less immediate impact on the country than similar export controls had on China, the behemoth of global tech manufacturing, when they were introduced in 2019.

While Russia does have several domestic chip companies, namely JSC Mikron, MCST, and Baikal Electronics, Russian groups have previously relied on importing significant quantities of finished semiconductors from foreign manufacturers such as SMIC in China, Intel in the US, and Infineon in Germany. MCST and Baikal have relied principally on foundries in Taiwan and Europe for the production of the chips they design.