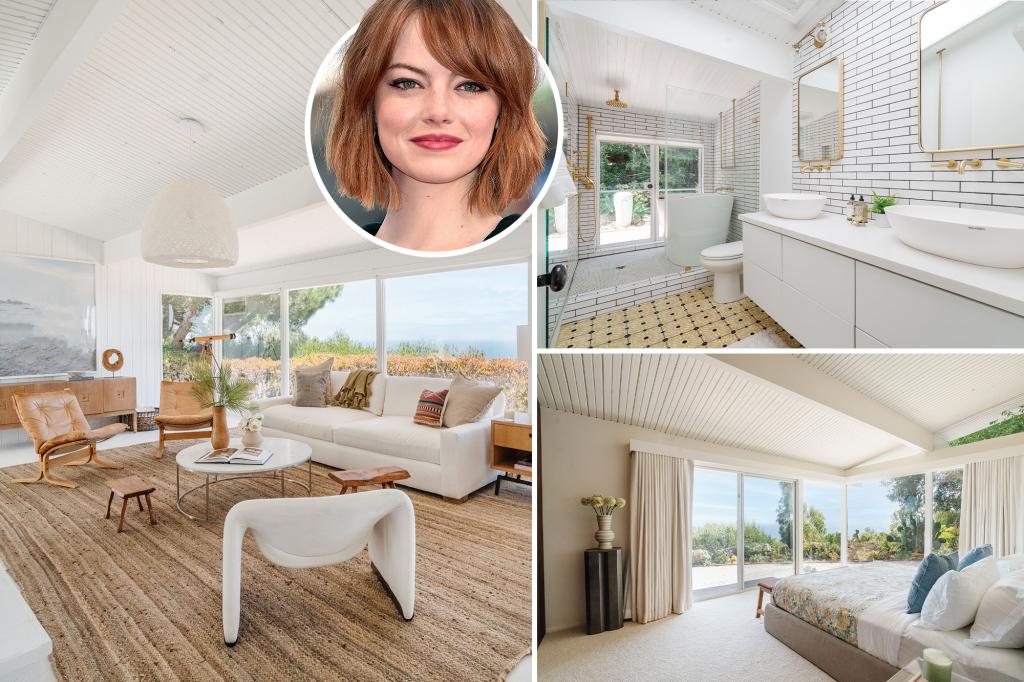 She sold her home “reel” fast.

Emma Stone, the Oscar-winning actress who’s graced the silver screen with roles in “La La Land” and “The Help,” has parted ways with the beachy Malibu manse she’s owned since 2018. And it went into contract about a week after it was listed.

The Wall Street Journal reports that Stone, 33, sold the three-bedroom for $ 4.42 million – a nice chunk above the $ 4.29 million she sought when she listed it in May. She reportedly received about five offers from interested buyers, but the identity of the new owner isn’t known.

Stone, originally from Arizona, spent 3.25 million to call this California spread her own. Perched on a blufftop with views of the Pacific Ocean, the one-story ranch property has roughly 1,800 square feet of living space and stands on approximately 3.2 acres. Most rooms inside look out to the water.

“This is a prime example of a category that is so in demand,” listing agent Eric Lavey of Sotheby’s International Realty told WSJ. (Rochelle Maize, of Nourmand & Associates, represented the buyer.) “Where, under 5 million, can you get an experience like this? Good luck, it’s not happening. “

Beyond a celebrity attachment, the new owner will also get a newly remodeled kitchen, whose touches include painted brick and a skylight over the sink. Listing images also show a brick patio with space for seating, eucalyptus and yucca trees that surround the property, a living area with floor-to-ceiling windows and a fireplace – even a bathroom with chic white-tone tiles. There are also beamed ceilings and an airy feel, thanks in large part to white and neutral tones adorning the space.

It is not clear why Stone sought to part ways with this house, but it is not the only one she owns. She also has places in Los Angeles, in New York City and in Austin, Texas.