Elvis Team: “Credit Needs to Be Given” to Rock & Roll’s Black Pioneers – IGN 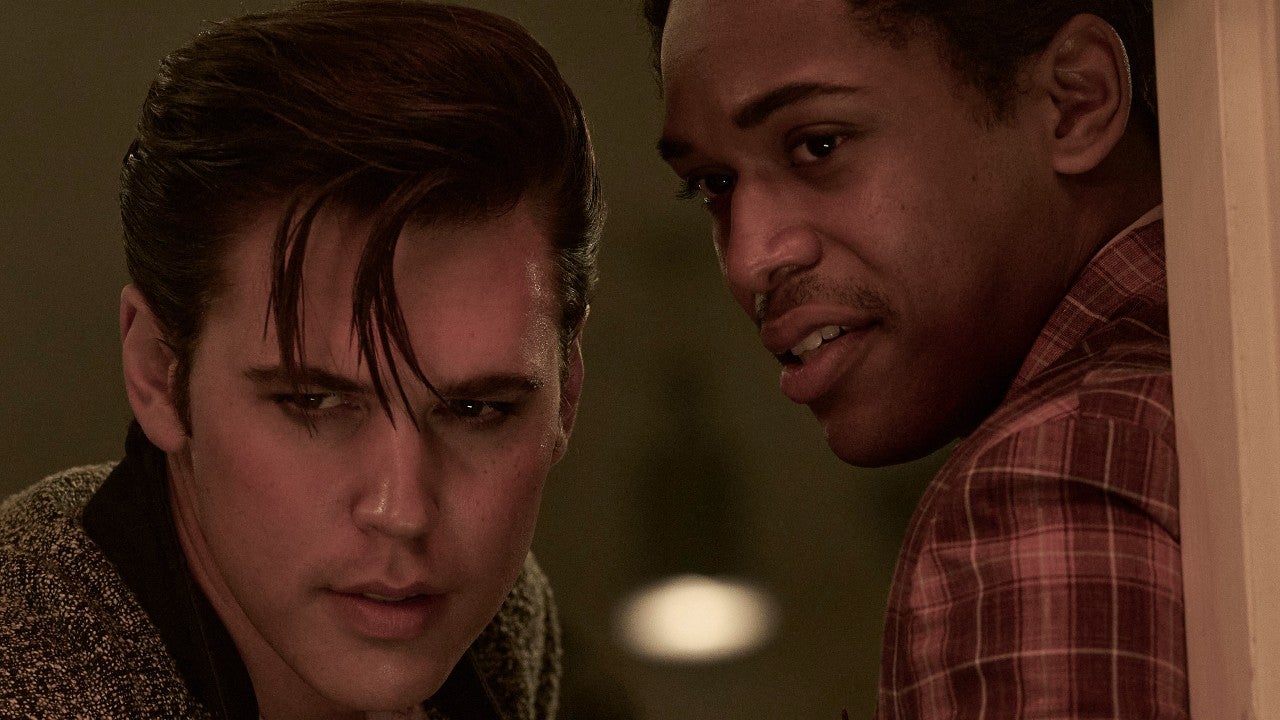 “Elvis was a hero to most / But he never meant shit to me you see / Straight up racist that sucker was / Simple and plain / Motherfuck him and John Wayne.” – Public Enemy, “Fight the Power.”

“Though I’m not the first king of controversy / I am the worst thing since Elvis Presley / To do black music so selfishly / And use it to get myself wealthy.” – Eminem, “Without Me.”

The lyrics above encapsulate the long and widely held view, especially among African-Americans, that Elvis simply stole Black music and profited from it. (It should be noted that Public Enemy’s Chuck D. has been in the years since “Fight the Power” was released elaborated more deeply on Elvis’ relationship with Black music in interviews, including in Eugene Jarecki’s 2018 documentary The King.) Just last year music icon Quincy Jones called Elvis racist.

But there were also Black artists who personally knew Elvis – such as James Brown, BB King, Rufus Thomasand Jackie Wilson – and didn’t view him as either racist or a thief. One has to dig into archival interviews from the 1950s, such as his chat with Jet Magazine in 1957, to find evidence of Presley’s on-the-record acknowledgment of how black music influenced him and that he didn’t invent rock & roll. Nevertheless, the specter of cultural appropriation still looms large over Elvis and his legacy.

Director Baz Luhrmann and the cast of his new film Elvis understand this, and so the film directly addresses the influence Black culture and music had on him. Legendary Black music artists BB KingLittle Richard, Fats Domino, Mahalia Jackson, Sister Rosetta Tharpe, Arthur “Big Boy” Crudupand Big Mama Thornton all appear as characters in the film.

As I stated in my Elvis review, “Luhrmann’s film takes pains to show Elvis’ upbringing as a poor white kid living among poor African Americans in Tupelo, Mississippi, and how Black juke joints and gospel music revivals hooked him at a tender age. This film’s Elvis clocks in a lot of time on Memphis’ Beale Street (‘the Home of the Blues’) and at the Handy Club, where he openly acknowledges The talents and influences Black artists have had on him. ”

During the film’s recent press junket in Presley’s hometown of Memphis, I asked Baz Luhrmann and his cast, including Elvis actor Austin Butler, about the importance of Black music and culture on Elvis the recording artist and performer. Here’s what they had to say.

“No, you can’t tell Elvis a story without [exploring] that. We don’t have Elvis without Black music and Black culture, his style or walking down Beale Street and him saying, wow, that’s one of the coolest guys I’ve ever seen. Where did he get his suit? And, I mean, that impacts the way that he dresses.

His sanctuary was going down to Beale Street and getting to, that’s the place where I feel he felt the most pure in a way. Where he touched into his inspiration being in gospel churches as a little kid when he is back in Tupelo, and seeing juke joints and the whole combination of the sacred and the profane that is the juke joint and the gospel church, all of that. And I’m so proud of the fact that we get to be a part of this film that puts his life in context, specifically around that, because credit needs to be given where credit is due.

There’s that scene in the film where you see him in Club Handy saying, I’d love to record one of Little Richar’s songs. And BB King says, if you do, you’ll make a whole lot more money than that kid could ever dream of. And to see that hit Elvis, and the realization of the disparity there and the unfairness. … You can’t tell the story without it. And I’m glad we get to be a part of that. ”

Every Elvis Actor Ever

Now the fact that happened to him and he didn’t really realize it and then when he does realize it, we have the comeback special and we think, ” Wow, he’s finally come back to Memphis. He’s finally going to reconnect. ‘ I mean he and James Brown were going to do an album together. There’s a reason why James Brown has a song where he begins, ‘This is a song for my brother, Elvis.’ But the Colonel was really, really focused on making sure that was disconnected. And so there’s no choice in telling the story of Elvis Presley. There’s not a choice. You can’t do it without dealing with his relationship to Black America. “

That’s my first question, actually [when approached about being in the movie]. When they were saying include BB King, I was like, ‘Well, are we going to talk about that?’ And I was also like, ‘And then what is the conversation around it? How are we going to say it? Were they actually friends? Are we going to use BB just to defend Elvis? If that’s not the case, what’s the truth? ‘

So we did a little investigation before we signed on, and then once we found out BB really was a real advocate of Elvis and he loved him and they were friends. And then I got really excited to dive into that story and discover some of those nuances and develop that with Austin and Baz. So that was the start. “

“I think, if anything, it’s more a reminder that everything comes from these underground places, even when you look at these big artists like Beyonce. She’s pulling from these smaller, interesting niche artists that are from Switzerland or somewhere random or parts of Africa. And she’s inspired by them. And then she develops into something using her platform. And I think the misconception is that these smaller artists are sometimes upset that they’ve stolen these things. And people want their money. Sometimes they don’t, whatever it is.

But I think if we look at it from the point of view of, it’s to be inspired by, that’s what a beautiful thing. And to share that with a larger audience, that’s the whole point of art. When we get into art and commerce, that’s a whole different conversation. I think that’s when people get confused. We want to start making money off of certain things. “

“It feels really important [for audiences to know about the Black pioneers of rock music]. And the idea of ​​innovation as well. I especially want young Black girls to be able to court the idea of ​​genius. We don’t really talk about women as geniuses enough in music, which is my trade as you know. Well, a number of times I’ve said to someone, ‘I want some of those sweet white boy questions where you listen to my music and you told me how much of a genius I am.’

I think to play Sister Rosetta, who invented rock and roll, and to show her hold court [at Club Handy] and the scene that we’re in, it’s her night. And she’s the elder and Elvis and BB and Little Richard are the youngers and she discovered Little Richard. All of this, the idea that you can be there from a young Black girl standpoint, is a really important thing to go. You can be the architect of your own destiny. ”

“I hope this movie is very informative to the entire audience and that I hope we all go back and do our research like we did when we got assigned these roles and really discover where it all came from. And most importantly, I hope people of color dive deeper into ownership and protect that and cherish that because we are the blueprint. We are the people that have opened these doors and paved the way for the next to come. So, yeah. It’s an honor. “

“(Making the film) definitely opened my eyes and developed an empathy for Elvis, considering that he did grow up in the hood around Black people and the Black church. So that did influence his style and his taste in music. But it kind of was a thin line between both because if you see in my scene, he’s speaking to BB King, and BB King’s like, ‘Yo, you could do what Little Richard’s doing, but you probably would make more money doing it. ‘ And Elvis is like, ‘Aha.’

And in that scene, he comes back to the hood because he’s escaping all that’s going on on the other side of segregation. So there was a bittersweet line between it, but this movie’s beautiful because you get to see the human that is Elvis. “

“I think that (Elvis) pushed the boundary on what was acceptable and he trailblazed into a new arena of rock & roll and music. I also think that – I hope – the audience is also reminded of where his music came from, which is he was heavily, heavily influenced by Black culture and heavily influenced by Black musicians like BB King and Little Richard and Big Mama Thornton. I hope those incredible artists are reintroduced to the narrative that they should have been in the first place. “

Elvis opens in theaters on June 24.

Janice Shirey
Vanessa Bryant wants jury to know deputy who ‘took photos of Kobe Bryant’ involved in other scandal
How Many N.Y. Democrats Does It Take to Fill a House Seat? Try 15.