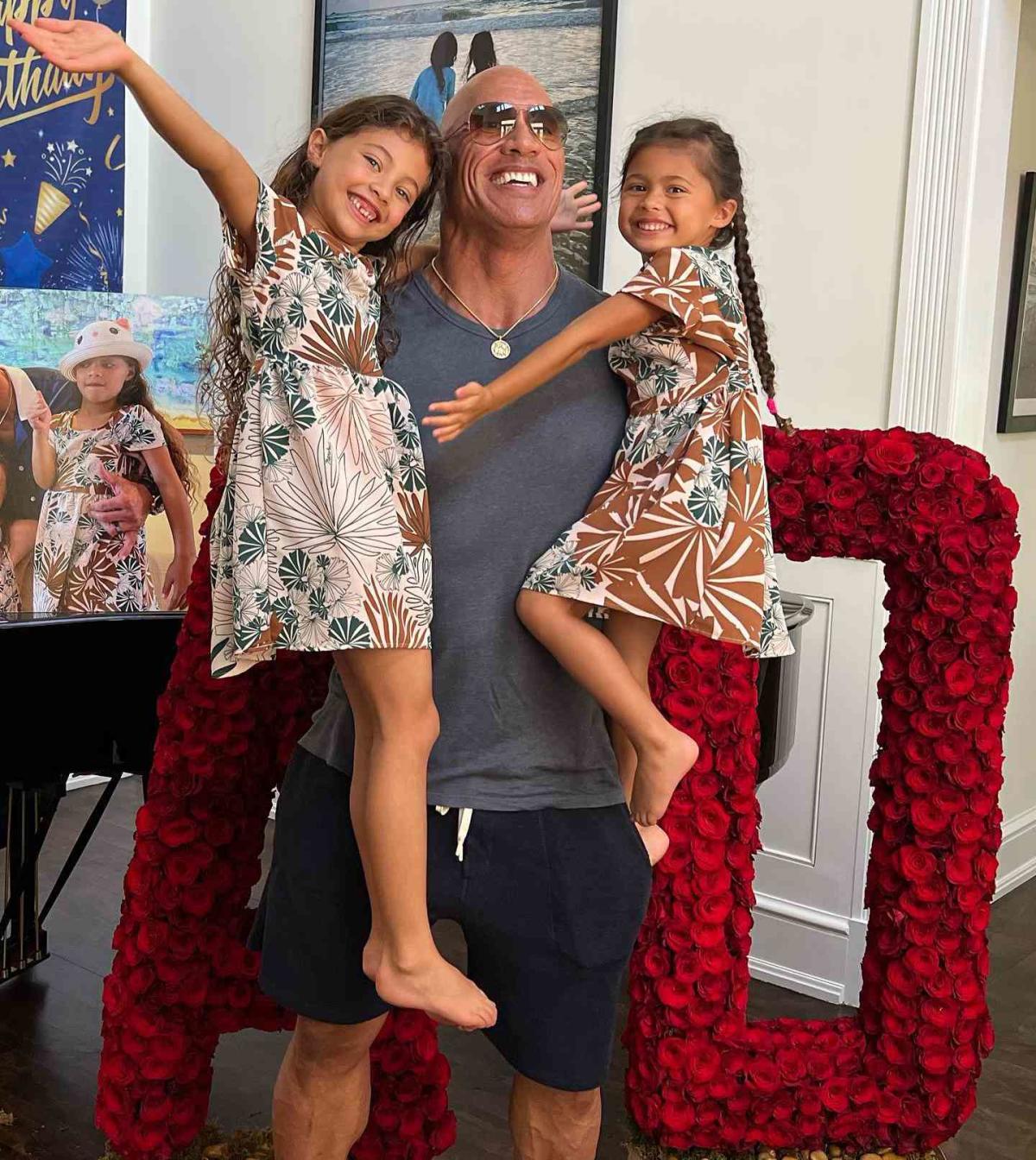 Dwayne Johnson is sipping up his daddy-daughter time!

On Saturday, the Moana voice actor shared an adorable clip of himself enjoying a tea party with his 4-year-old daughter Tiana.

“My ‘why’ becomes even more clear,” he added. “She just turned 4 and probably won’t remember this, but I sure will.”

The Jungle Cruise The actor also revealed that his youngest daughter “refuses to believe that her daddy is actually MAUI from one of her favorite isdisney movies, MOANA!”

In addition to Tiana, Johnson is also dad to daughter Jasmine, 6, with wife Lauren Hashian, as well as daughter Simone, 20, whom he shares with his ex-wife Dany Garcia.

In April, the actor celebrated Tiana’s fourth birthday, marking the day with a sweet post shared on Instagram.

“She runs around NON-STOP like the little tornado she is and when it comes to eating her birthday cake, it all comes to a hard stop – meaning I have to stop doing what I’m doing when she says… ‘Daddy feed me ‘😂🙋🏽‍♂️👍🏾, “the proud dad continued.

RELATED: Dwayne Johnson Thanks Fans for ‘All the Birthday Boy Love’ as He Celebrates Turning 50

Johnson often shares footage on social media of his time at home with his daughters. In March, the wrestler-turned-actor posted an adorable throwback video with Tiana, in which he taught her to tell herself a variety of positive affirmations in honor of International Women’s Day.

“That’s right, and even more importantly than that you can say ‘I’m an awesome girl?'” Johnson then asked, to which Tiana replied with a smile, “Awesome girl.” The father of three also taught his little one how to say that she is a “very smart girl.”