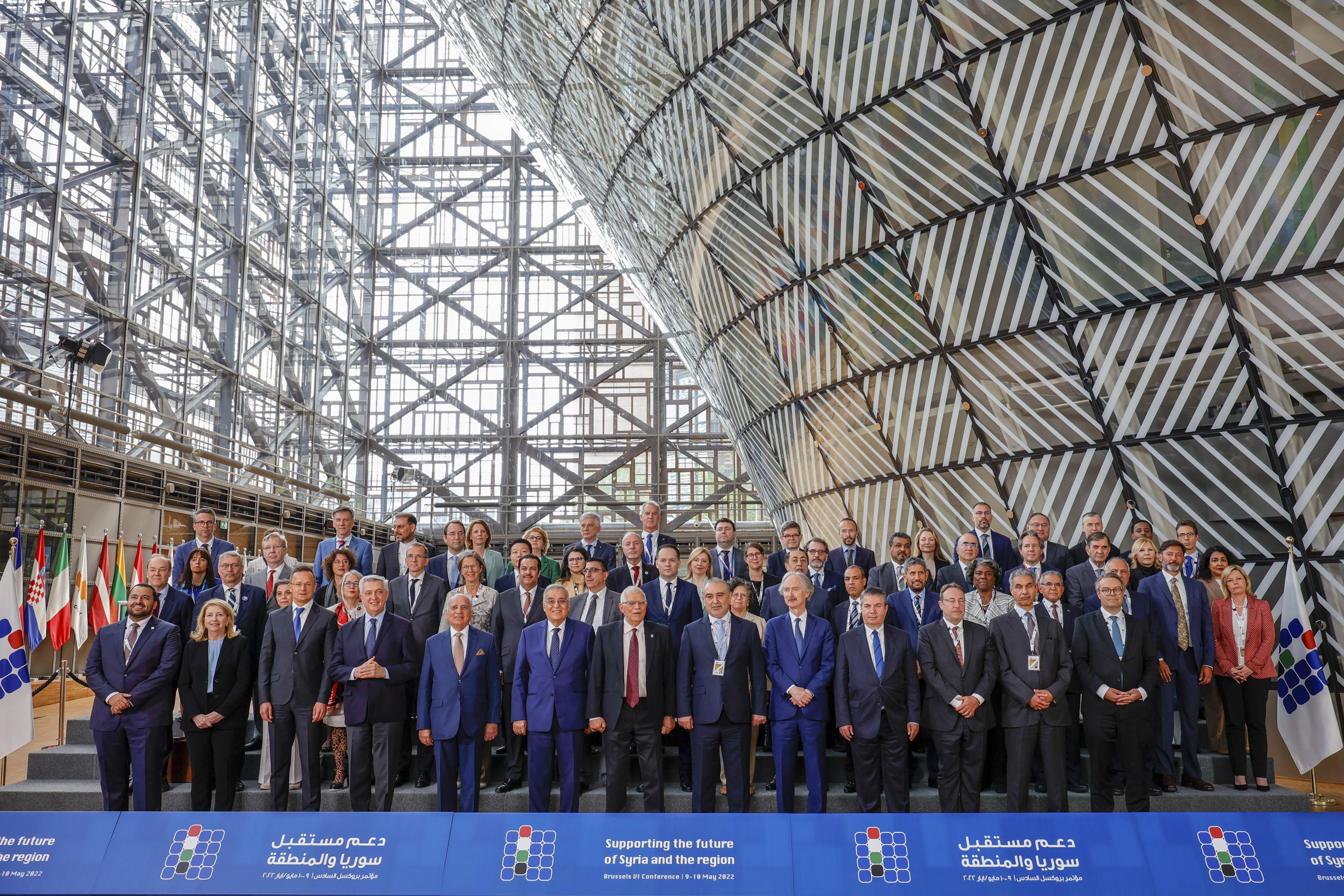 BRUSSELS (AP) – International donors pledged Tuesday 6.7 billion to help Syrians and neighboring countries hosting refugees but fell well short of a UN target for assistance to millions of people from conflict-torn Syria who rely on aid to survive.

European Union Neighborhood Commissioner Oliver Varhelyi acknowledged that the war in Ukraine and the fallout from the coronavirus pandemic weighed heavily on donors’ economies.

Still, “donors are sending now a very strong signal to Syria and this region that we are ready to do even more than before,” he said.

It’s the second year in a row that pledges have not lived up to expectations. Last year, the EU, the United States and other nations pledged $ 6.4 billion, with the UN asking for $ 10 billion to meet vital needs.

Earlier, EU foreign policy chief Josep Borrell warned that Russia’s invasion of Ukraine was making the plight of poverty-stricken Syrians far worse. Borrell said that 60% of Syria’s population “suffer food insecurity, and barely know where the next meal is going to come from.”

“The Russian war will increase food and energy prices and the situation in Syria will become worse,” he said.

Borrell vowed that the EU would maintain sanctions against Syrian President Bashar Assad’s government and stressed that there could be no normalized relations until Syrian refugees are “safe to go back home.”

Food prices around the world were already rising, but the war in Ukraine – a major wheat supplier – has made things worse. The impact is worsening the plight of millions of Syrians driven from their homes by the country’s 11-year war. Many rely on international aid to survive.

The war in Ukraine has also created a whole new group of refugees. European nations and the US have rushed to help more than 5.5 million Ukrainians who have fled to neighboring countries, as well as more than 7 million displaced within Ukraine’s borders.

Half of Syria’s pre-war population of 23 million people was displaced by the conflict.

Aid agencies had hoped to draw some of the world’s attention back to Syria at Tuesday’s conference, which was hosted by the EU. The funding also goes toward aid for the 5.7 million Syrian refugees living in neighboring countries, particularly Turkey, Lebanon and Jordan.

Imogen Sudbery, from the International Rescue Committee aid group, urged the EU to do more, noting that “even if donors pledge the same as previous years, they will not fill this alarming and rapidly increasing funding gap.”

Syria’s foreign ministry criticized the Brussels event, saying neither the Syrian government nor its ally Russia are taking part in it. It said the conference was being organized by countries that are imposing sanctions on the “Syrian people” and blocking reconstruction.

“Countries organizing or participating in this conference occupy or support the occupation of part of the Syrian territories and loot the resources of the Syrian people,” the ministry said. The term “occupation” was a reference to hundreds of US troops present in oil-rich eastern parts of Syria.

Borrell said Russia was not invited due to the war in Ukraine.

“We are inviting those partners who have a genuine, real interest to contribute to peace in the world,” he said. The UN decided not to co-host this year’s conference because the EU refused to invite Russia.