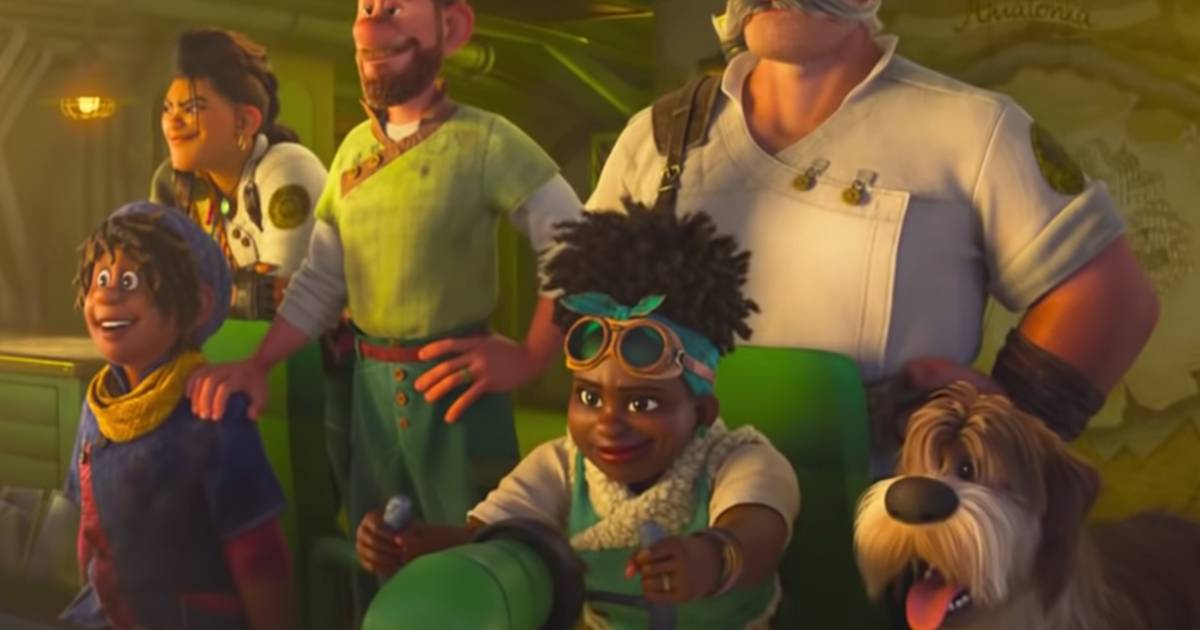 The film, which is scheduled to open on Nov. 23, will follow three generations of a family of explorers and take viewers “to a place of infinite mystery unlike anything you’ve ever seen,” according to a trailer released by the studio earlier this month.

On Friday, Disney screened three sequences from the film at the 2022 Annecy International Animation Film Festival, one of the world’s most important festivals for the film animation industry that takes place in the city of Annecy, in southeast France.

In one of them, Ethan (Young-White) flirts with a boy named Diazo in front of his friends, who tease him in a friendly way.

His father, Searcher Clade (Gyllenhaal), later joins in and embarrasses him in “an overeager show of acceptance,” as the scene is described by Variety.

Emmy Award-winning producer Matthieu Saghezchi, who also saw the sequence, wrote on Twitter that the scene is “very endearing” and it’s “treated as the most natural thing in the world.”

The scene describes the son being very shy in front of his boy crush, and his dad comes in and says “so nice to meet you! my son talks about you all the time ”and further embarrasses his son,” Saghezchi wrote. “Very cute.”

The scene describes the son being very shy in front of his boy crush, and his dad comes in and says “so nice to meet you! my son talks about you all the time ”and further embarrasses his son 🙈😂 very cute.

The refreshing nod to inclusivity comes as “Lightyear,” the much-anticipated “Toy Story” spinoff, was reportedly banned in 14 countries over a brief same-sex kiss.

The Disney-Pixar computer-animated adventure film starring Chris Evans as the voice of Buzz Lightyear features a kiss between Alisha, voiced by the actress Uzo Aduba, and his wife Kiko.

On Monday, the United Arab Emirates announced that the film would not be shown in the country “due to its violation of the country’s media standards.”

According to Reuters, at least 13 other countries in Asia and the Middle East, including Saudi Arabia, Egypt, Indonesia, Malaysia and Lebanon, have also banned the film.

Lightyear, which opens in 4,200 North American theaters this weekend, is expected to make between $ 70 million and $ 80 million.