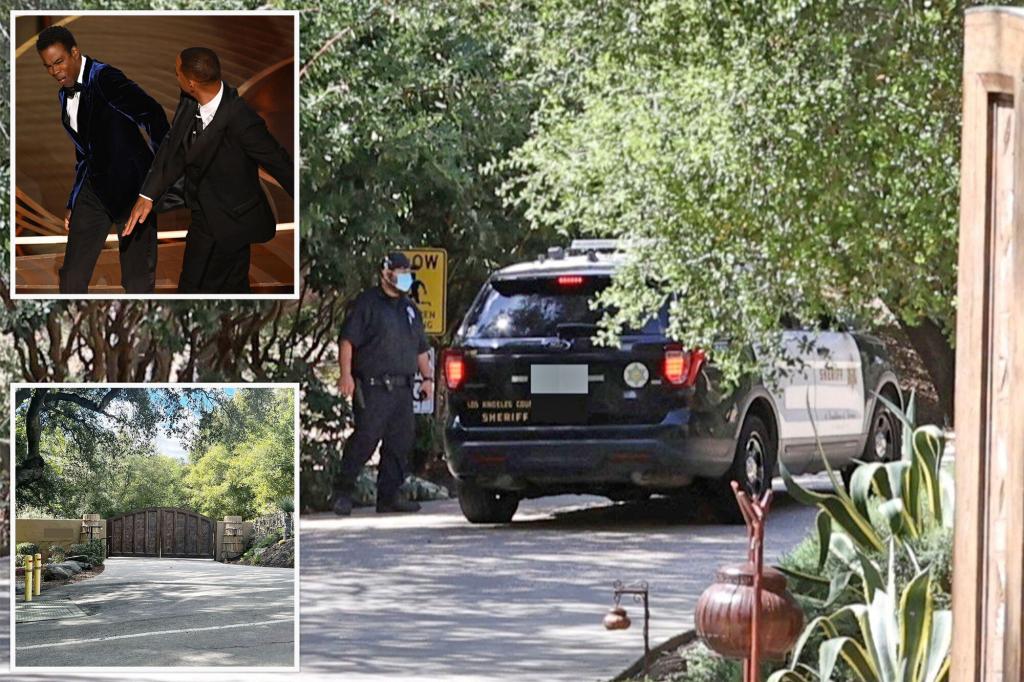 Los Angeles County Sheriff’s deputies responded to Will Smith’s Calabasas mansion on Tuesday after receiving a call about a drone sighting over the actor’s massive property, authorities said.

At least one police vehicle from the department paid a visit to Smith’s home, but the deputies were unable to locate the reported drone, a spokesman for the sheriff’s department told The Post.

It was unclear who called the authorities.

“It could have been [the Smiths] or their neighbor, ”the spokesperson said.

The emergency response came as Smith has been dominating national news headlines over his viral smackdown of Chris Rock at the Oscars.