De Vries: IndyCar is an “option” but focus on Europe for now

Home /Sports/De Vries: IndyCar is an “option” but focus on Europe for now 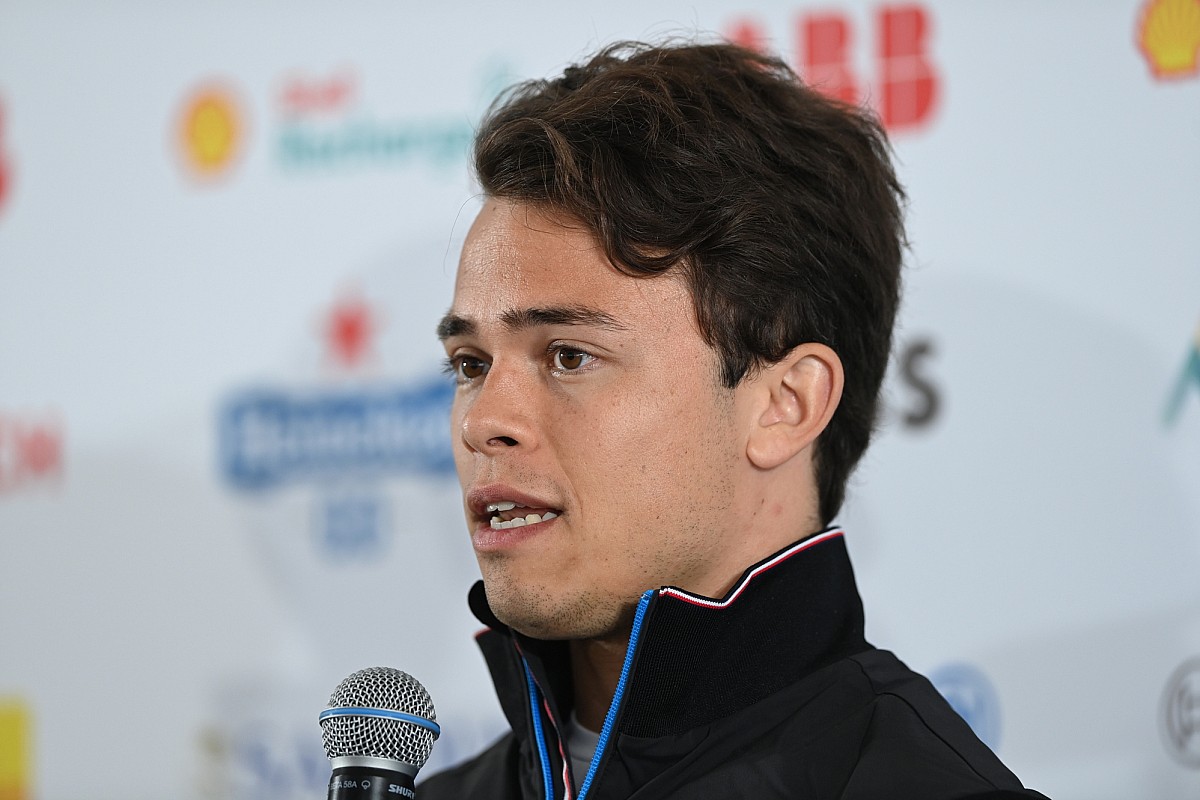 The Mercedes driver took advantage of an IndyCar driver evaluation day at Sebring last December, with MSR slotting him into a car for a day-long test at Sebring.

At the time, team founder and co-owner Michael Shank told Autosport that De Vries had been “very impressive” and praised the Dutchman’s feedback.

Reflecting on the test prior to this weekend’s Berlin Formula E round, De Vries told Autosport that he considered IndyCar an option for his future, but is concentrating on his current commitments in Europe.

“It’s a very different form of racing in the US. I would say it’s mostly comparable to Formula 2 almost, given the fact that everyone has the same car. Obviously, there are different engine manufacturers [Honda and Chevrolet].

“I would probably compare it to Formula 2, in the sense that the basics of the equipment is the same. And then it’s up to the teams to make the differences – obviously the car’s a bit quicker.

“But also from a feeling point of view, I felt quite quickly at home, I will admit it was very physical. And then the Americans, they love show and they love racing, and it’s very pure, which is refreshing sometimes.

“At the same time, I also love the professionalism, the technicality and kind of sophisticated elements of Formula 1, Hypercars. [in the World Endurance Championship] and Formula E because all of them have their own challenges.

“It was a great experience and it’s definitely something that I take with me.

“That was the main purpose for me to go there to see what it’s like to get a feel for the environment and really kind of get to understand whether it can be a considerable option for my future.

“I think it is, but at the moment I’m in Europe in Formula E and part of Toyota [in the WEC] as well.

“So I’ll have to see how the next months are developing and then at some point, I guess I’ll get to know what my future would look like, at least in the mid-term.”