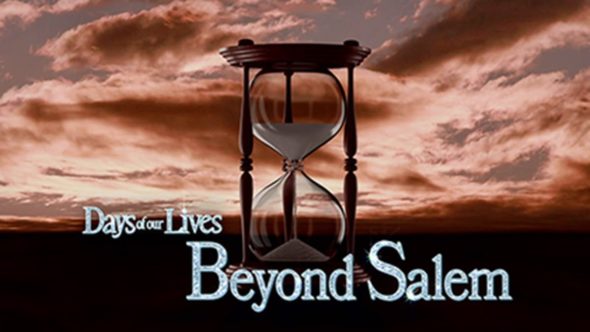 Days of Our Lives: Beyond Salem has its cast set for season two. Additional Days of Our Lives favorites are returning for the Peacock spin-off series which returns in July.

Peacock revealed more about the return of Days of Our Lives: Beyond Salem in a press release.

· The second chapter of DAYS OF OUR LIVES: BEYOND SALEM will include the celebrated returns of:

Next This next iteration will also feature Days of our Lives newcomers:

· In an epic, action-packed tale that spans the entire globe, from Monte Carlo to Hong Kong, beloved characters from Days of our Lives once again go “Beyond Salem!” as they trade the comforts of home for an adventure of a lifetime! Supercouple Steve and Kayla make a surprise visit to their children in Seattle, while private eye John Black travels to San Francisco to see his son, Paul. Meanwhile, new parents Ben and Ciara drop anchor in Montreal – where they are greeted by a much-missed Hope! Over the course of five thrilling episodes, heartwarming family reunions take a dangerous turn as a mysterious adversary wreaks havoc on their lives. The next chapter of DAYS OF OUR LIVES: BEYOND SALEM is story full of larger-than-life romance, jaw-dropping twists, and high-stakes drama – and it all connects back to a plot that long-time “DOOL” fans will surely remember.

What do you think? Are you excited about the return of Days of Our Lives: Beyond Salem on Peacock? Do you plan to watch season two?

Janice Shirey
Six arrested as Hong Kong snuffs out Tiananmen vigil, but memories live on
How to bet the Yankees and Mets’ World Series odds