Daniel Jones among QBs most harmed by ‘receiver incompletions’ in 2021 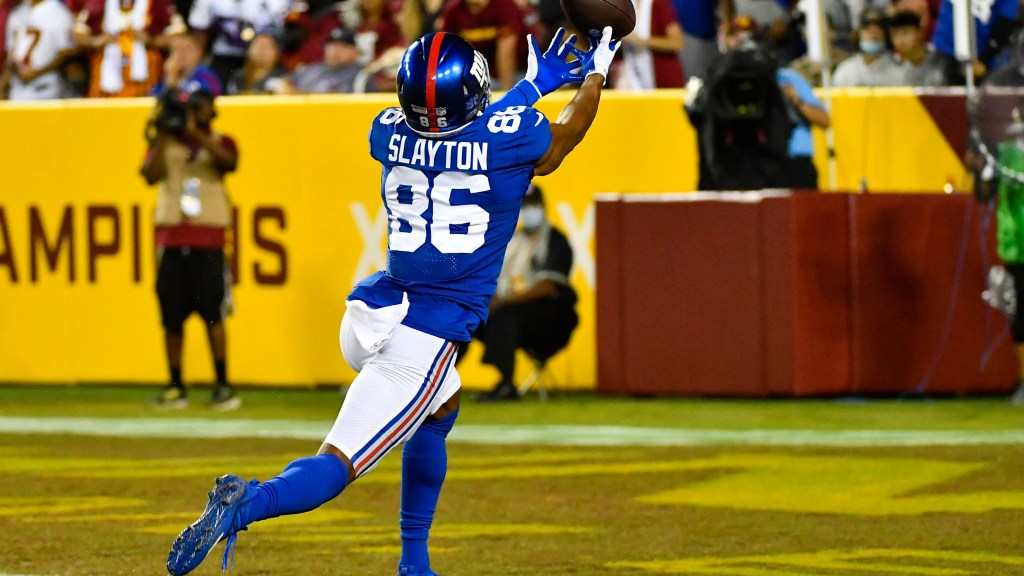 New York Giants wide receivers were notably underwhelming in 2021. That reality has been beaten into the ground like a dead horse with new data frequently coming out to support such a conclusion.

Pro Football Focus piled on a bit this week when they broke down the relationship between dropped passes and quarterback performance. And the Giants, of course, were among the bottom 10 teams in the league in that very metric a season ago.

But that wasn’t the point PFF was trying to make. In fact, they went beyond just dropped passes and tabulated incompletions that were the receivers’ fault.

Here is their explanation:

It’s easy to look at how many passes a quarterback lost to receiver drops, but at PFF we collect a wide variety of incompletion types and separate them into buckets of “fault.” We have six additional receiver fault incompletion types, in addition to dropped passes, each of which can cost the quarterback a completion and the corresponding yardage and potential score.

Both Giants quarterbacks last season are next up in the list (after Wilson), showing the kind of disappointment that their receiving corps was despite considerable investment in the offseason a year ago. Kenny Golladay and Kadarius Toney represent a huge free agent contract and a first-round pick in the respective investment, but injuries limited to both players, and the overall group just couldn’t stop making mistakes.

If nothing else, the Giants’ receivers were consistent. They dropped just as many passes and were responsible for just as many incompletions (on average) for Daniel Jones as they were Mike Glennon.

Going into 2022, this is an area the Giants absolutely must clean up. It’s been a persistent issue for years and it’s only compounding offensive problems.