Dancing with Myself: Season Two? Has the NBC TV Series Been Cancelled or Renewed Yet? 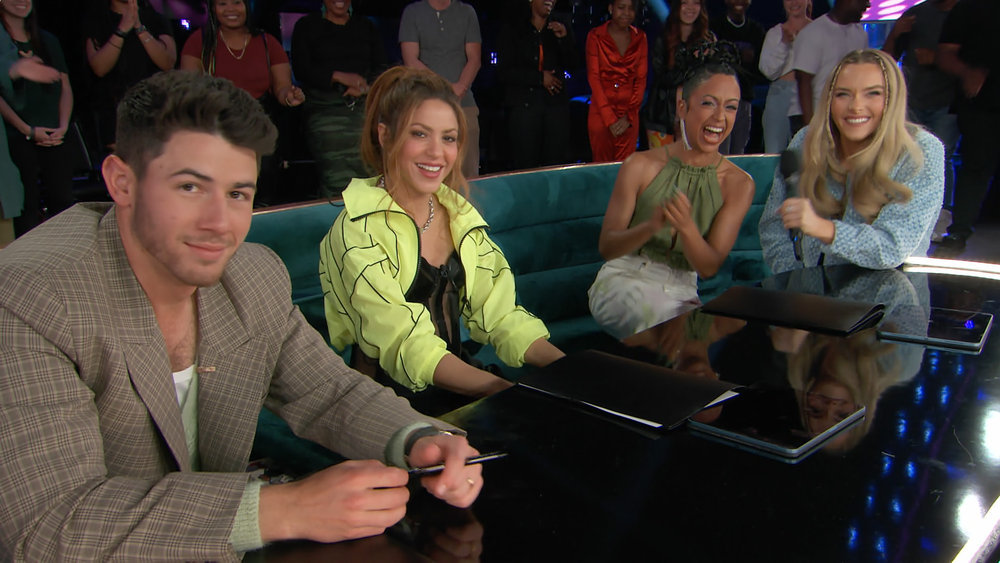 Has this show got the right moves? Has the Dancing with Myself TV show canceled or renewed for a second season on NBC? The television vulture is watching all the latest cancellation and renewal news, so this page is the place to track the status of Dancing with Myself, season two. Bookmark it, or subscribe for the latest updates. Remember, the television vulture is watching your shows. Are you?

Airing on the NBC television network, the Dancing with Myself The TV show is judged by Shakira, Nick Jonas, and Liza Koshy. Camille Kostek hosts. Episodes follow groups of everyday people as they compete in a series of high-energy dance challenges created specifically for the show by the celebrity judges and their guests. Isolated in their own pods, contestants have a short time to learn the new routines, add their own unique flair, and then perform their hearts out in front of a live studio audience. As each round of the competition progresses, the creators on the judging panel provide feedback. They and the members of the studio audience choose their favorite contestants to advance. In the end, the studio audience decides on the best dancer of the night who is then awarded a cash prize.

The first season of Dancing with Myself Averages a 0.42 rating in the 18-49 demographic and 2.66 million viewers in the live + same day ratings (including DVR playback through 3:00 AM). While these numbers don’t include further delayed or streaming viewing, they are a very good indicator of how a show is performing, especially when compared to others on the same channel. There may be other economic factors involved in a show’s fate, but typically the higher-rated series are renewed and the lower-rated ones are canceled. Find out how Dancing with Myself stacks up against other NBC TV shows.

As of June 6, 2022, Dancing with Myself has not been canceled or renewed for a second season. Stay tuned for further updates.

Will NBC cancel or renew Dancing with Myself for season two? The peacock network could use some new blood so, at this point, I think there’s a good chance that this show will be renewed. I’ll update this page with breaking developments. Subscribe for free alerts on Dancing with Myself cancellation or renewal news.

What do you think? Do you hope that the Dancing with Myself TV show will be renewed for a second season? How would you feel if NBC canceled this TV series, instead?