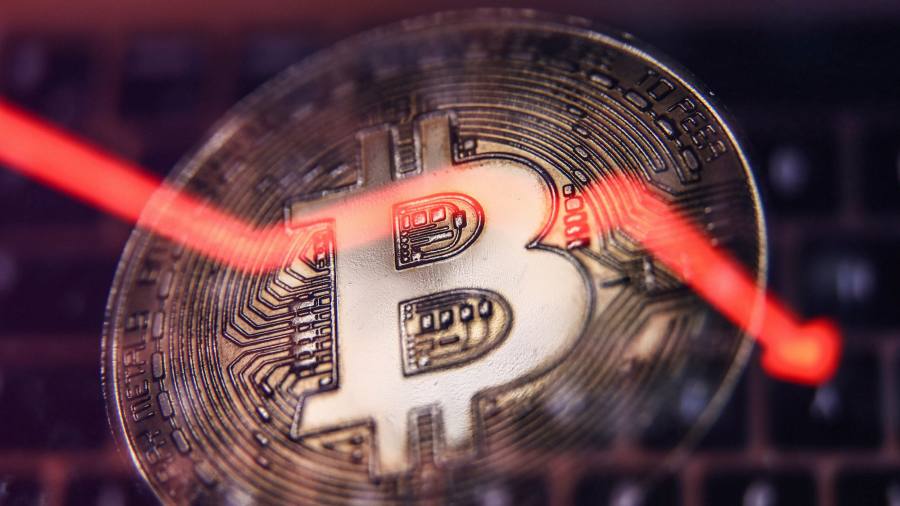 Crypto investors and executives are bracing themselves for further pain after the price of bitcoin tumbled over the weekend, worsening the credit crunch hitting the industry.

Bitcoin, the world’s most actively traded cryptocurrency, fell as low as $ 17,628 on Saturday before rebounding, according to data from CryptoCompare.

Investors and executives have been anxiously watching the token’s price, fearing a drop below $ 20,000 may prompt forced liquidations of large leveraged bets.

Bitcoin, which acts as the main benchmark for the broader cryptocurrency market, has come under acute pressure in recent months as central banks and governments shifted from a prolonged period of ultra-low interest rates to a fight against surging inflation.

“This is a dark winter ahead for crypto as the era of free money comes to an end with this weekend another brutal sell-off across the board. Risk assets are all getting thrown out the window, “said Dan Ives, managing director and senior equity analyst at Wedbush Securities.

The hunt for returns has shifted as big central banks, led by the US Federal Reserve, boost borrowing costs and bring to an end the pandemic-era efforts to stimulate economic growth.

Traditional financial markets have been rattled this month as traders fretted that aggressive action could snarl global growth or even trigger a recession. Last week was the worst for global equities since the darkest days of the pandemic in March 2020.

Bitcoin has fallen about 70 per cent from its all-time high of nearly $ 70,000 last November to just above $ 20,000 as of Sunday afternoon eastern time. Ether, another actively traded token, dropped as low as $ 900 over the weekend, meaning its price has fallen by four-fifths since its peak late last year.

That has contributed to an escalating credit crunch in the digital asset industry that threatens to engulf many of its major actors.

The weekend’s sell-off prompted more than $ 600mn worth of leveraged positions to be liquidated, according to data from Coinglass, as traders who had borrowed money to take supercharged market bets failed to post more collateral and were wiped out.

Analysts expect these losses to put further pressure on traders and lenders’ balance sheets, as many users took out loans against their crypto asset holdings.

However, dogecoin, the “joke” cryptocurrency, rose after Elon Musk, chief executive of electric car maker Tesla, posted a tweet of his continued support for the token.

Nayib Bukele, president of El Salvador and a bitcoin champion, told investors on Sunday to “stop looking at the graph and enjoy life”. Bukele, who spearheaded El Salvador’s adoption of bitcoin as legal tender last year, has dismissed warnings from the IMF over the policy.

The troubles in the crypto market have rippled back into the corners of the mainstream financial market. US-listed MicroStrategy, a tech group which is a major investor in bitcoin, has tumbled almost 70 per cent this year. Shares in crypto miners, which earn fees for validating crypto transactions, have also dropped sharply.

Crypto exchanges – platforms that sit directly in the teeth of the unrelenting market crash – have been forced to reverse hiring plans. The list includes Coinbase, Gemini, Mercado Bitcoin – a popular exchange in South America – and Celsius rival lender BlockFi, which cut 20 per cent of staff this month.