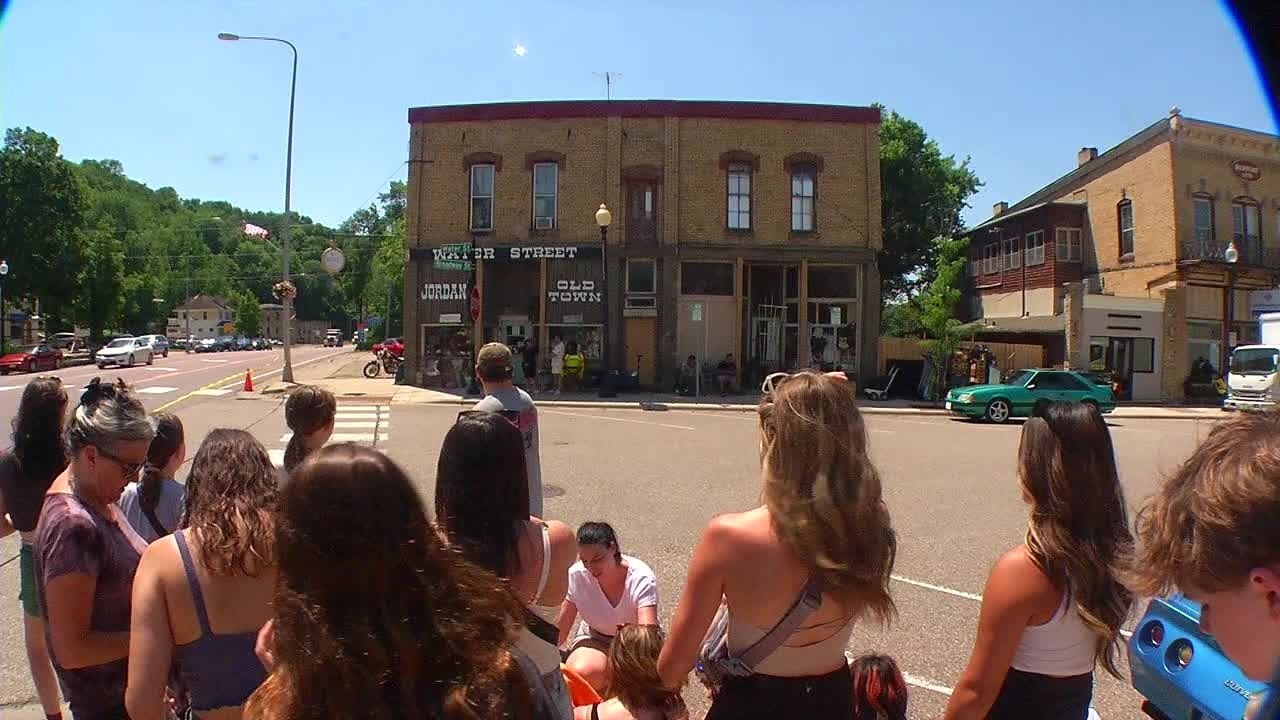 Big-time Hollywood rolled into the small Minnesota town of Jordan on Monday.

People packed the streets of downtown Jordan to see a movie being filmed along with a young star.

Joe Keery – best known for his role as Steve Harrington in “Stranger Things” – is the lead in the new action film and dark comedy “Marmalade.”

Teenagers spent hours waiting to get a glimpse of Keery.

Fans of actor Joe Keery gather on Monday, June 20, 2022, across from the downtown Jordan filming location for the upcoming movie “Marmalade.” Record (KSTP)

“I have seen him,” Nikunen said. “I was over there a little bit with the police chief. We couldn’t get very close because there was a big mob of people. “

Crews are expecting to be filming in Jordan for the next few days.