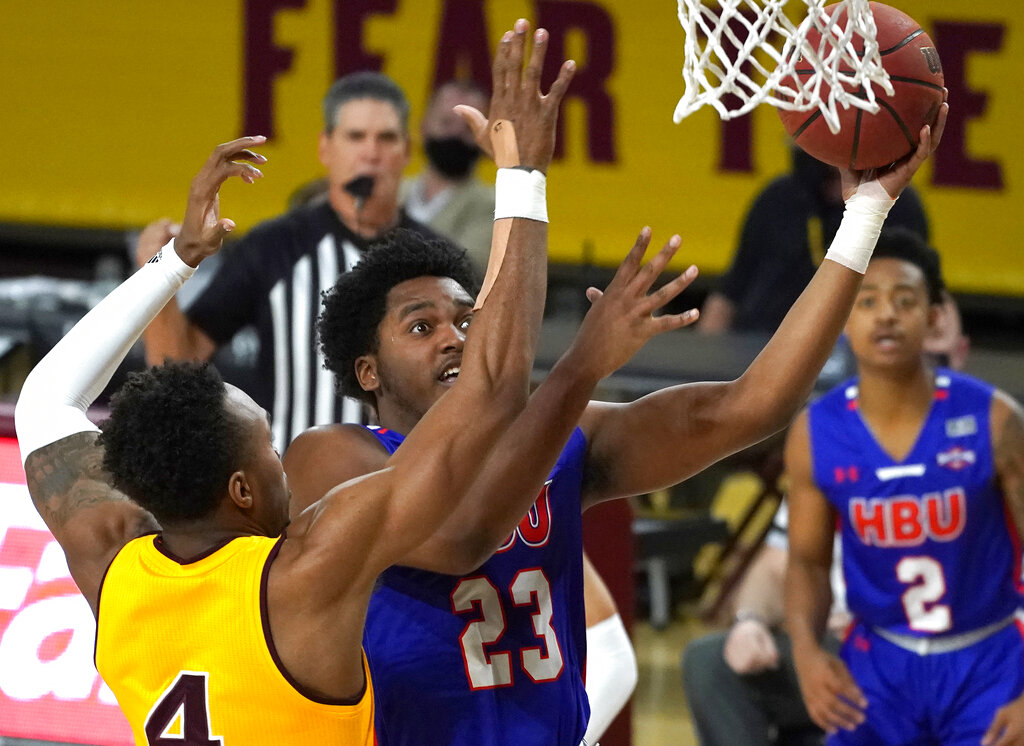 HBU said that Lee, 21, was on track to graduate with his bachelor’s degree in December and was named the school’s male student-athlete of the year.

“We are devastated,” HBU men’s basketball head coach Ron Cottrell said in a statement. “Darius was a remarkable young man who loved the Lord, his mom, his family, his teammates, his friends and his entire HBU family.

“We are in shock and cannot wrap our heads around this news. My heart breaks for his mom, his sister and his entire family, and for our basketball team. The only thing we find comfort in right now is knowing where Darius is. He is in the arms of Jesus… we know that as fact. And we will see him again someday. “

According to Nexstar station WPIX in New York, Lee was fatally shot and eight others were injured during a gathering in East Harlem. Bullets rang out around 12:40 am local time on a footpath along FDR Drive near the Madison Avenue Bridge.

Police in New York said a 21-year-old man was pronounced dead at the hospital. The NYPD did not identify Lee as the victim to the media, but HBU confirmed the victim was Lee. The wounded included six men and two women.

Investigators believe the victims were at a large gathering or barbecue when shots rang out. No arrests have been made, however, a gun was recovered at the scene. The motive and the number of shooters remained unclear, NYPD said.

Lee, a 6-foot-6 guard, was a second-team all-Southland Conference selection this past season for the Huskies, leading the team with 18.2 points, 8.3 rebounds and 2.2 steals per game. He was sixth in the nation with 65 steals in his first season with the team.

Lee transferred to HBU after two seasons at SUNY-Sullivan, averaging 18.1 points and 9.1 rebounds, leading him to be named a first-team All-American in the junior college rankings. He played his high school ball at St. Raymond High School for Boys in the Bronx.

“Our prayers are with his family first and most importantly, but also with his friends, coaches, and teammates. He was a very fine young man who had a very bright future in front of him both on and off the court, ”said HBU athletic director Steve Moniaci. “This is unfortunately, yet again, another example of the senseless gun violence that seems to be plaguing our country right now and we all pray it will cease.”