Collectives, NILs Combining To Kill College Football And Basketball As We Know It

Home /Sports/Collectives, NILs Combining To Kill College Football And Basketball As We Know It 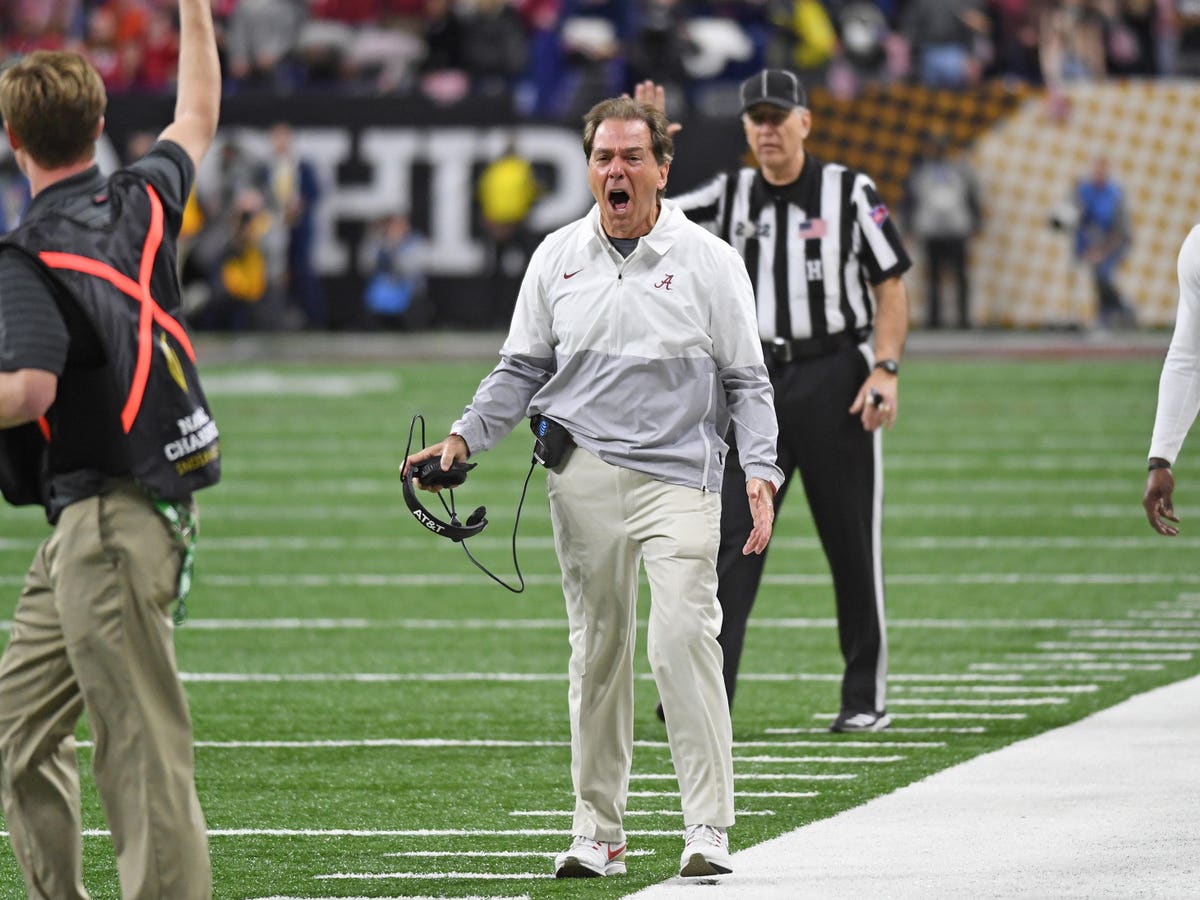 So, with the predictable happening – you know, chaos in college football and basketball, courtesy of the NCAA growing as a punch line less than a year into allowing its athletes to profit from their name, image and likeness (NIL) – the organization’s Division I Board of Directors announced Monday new guidelines about what boosters can and can’t do.

You may laugh now.

This is funnier: University of Georgia president Jere Morehead is the head of that board of directors, and he said later, “While the NCAA may pursue the most outrageous violations that were clearly contrary to the interim policy adopted last summer, our focus is on the future. ”

That’s worthy of a rim shot.

Let’s put it this way: The already toothless NCAA will pry the “Horns with Heart” away from the University of Texas football program out of the cold, dead hands of every offensive lineman on the team slated to receive at least $ 50,000 from that group’s Longhorn. sugar daddies.

Elsewhere, how will NCAA officials enforce their new guidelines regarding lawyer and Life Wallet owner John Ruiz? He put his money where his loyalty is regarding the University of Miami when Nijel Pack decided last month to take his basketball talent from Kansas State to South Beach.

Soon afterward, Ruiz boasted on Twitter that his company rewarded Pack with an $ 800,000 NIL deal and a new car.

Ruiz is a “collective” of one.

Even so, that word in the NIL universe is usually about a bunch of boosters coming together in mass after they yank as many pennies as possible out of their collective (there’s that word again) piggy banks to entice a standout athlete to attend their favorite university .

See the Horns with Heart.

The majority of these collectives have fancy names to hide what they really are, and what are they? They’re the reason the gap between the haves and the have nots in college football and basketball is becoming wider than the distance between earth and the farthest black hole times light years.

No way, NCAA officials will use their new-old philosophy on NILs to punish, say, the University of Oregon for whatever the Division Street folks (who form that school’s “collective”) did over the last 10 months through payments to help the Ducks. quack more on the gridiron or the court.

As for the future, the NCAA also won’t do much – if anything – when, say, members of the Matador Club dig past the lint in their pockets to help Texas Tech get several more studs in the backfield or the front court.

Alabama head football coach Nick Saban had it right the first of the many times he said this NIL / collective thing is as lethal as it gets for the health of intercollegiate athletics: “When we start using name, image and likeness for a kid to come to our school, that’s where I draw the line, because that’s not why we did this. “

To save face, it just acts big and bad on occasion.

You can blame all of this on California deciding in 2019 to become the first state of several to pass a law allowing college athletes to earn money through activities such as making endorsements and signing autographs.

By last summer, NCAA officials saw the inevitable, which was legal challenges they would lose. They sighed, and then they lifted their ban on what became known as NILs, even though they knew their move would lead to what became known as collectives. They knew those collectives would turn college football and basketball into the wild, wild west (east, north and south), with athletes going to the highest bidder to create a poor man’s NFL and NBA.

Still, NCAA officials pretended they could do something to keep the mid-majors from vanishing due to all of this and the middle-to-lower teams in power conferences from becoming irrelevant.

You may laugh some more.

Ernesto Castro
The Good Doctor Recap: Did Shaun and Lea Just Cancel Their Wedding Again? Plus, What We Learned About Claire
Woman who accused celebrity chef Mario Batali of groping her testifies in criminal trial