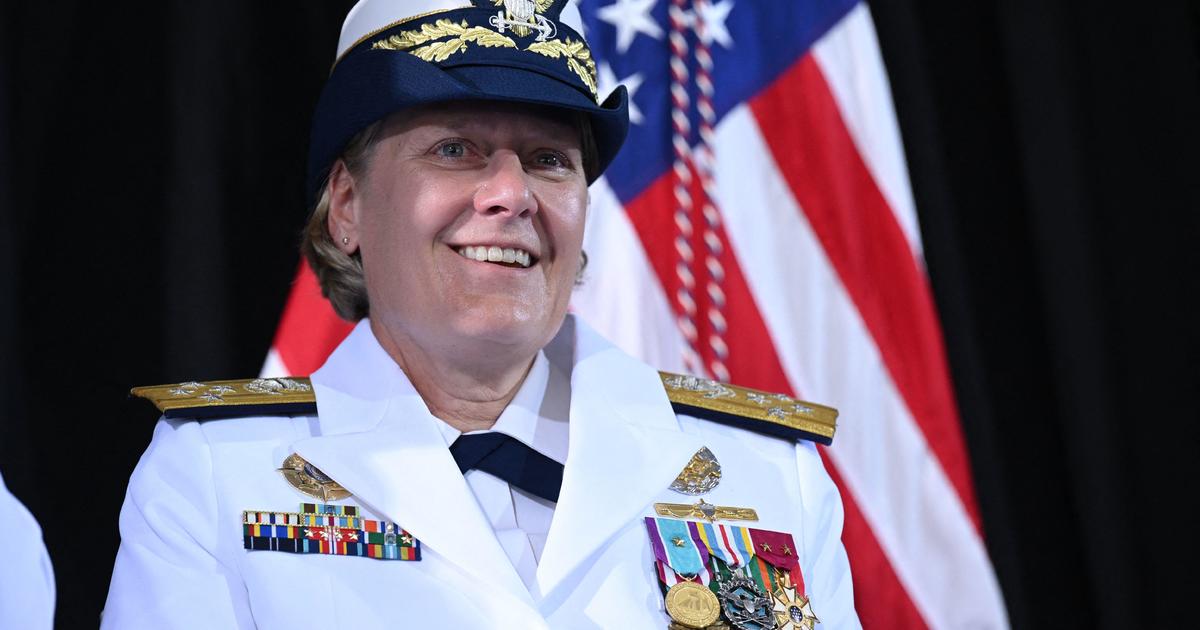 Admiral Linda L. Fagan shattered the military’s glass ceiling on Wednesday to become commandant of the US Coast Guard and the first female officer to lead a branch of the US armed forces.

Previously the service’s second-in-command, Fagan has worn the Coast Guard uniform for more than four decades and on all seven continents. She graduated from the Coast Guard Academy in 1985, one of 16 women who graduated her year in the sixth class to include women.

“We’ve made a lot of progress in the junior ranks, but we need to keep making progress,” Fagan told CBS News in an interview, last year. “We do not yet reflect the society that we serve, and we need to keep working on that.”

“I recognize I am now providing a set of shoulders for those who come after me,” Fagan added.

Fagan is the 27th commandant of the service, dating back to the 1915 establishment of the Coast Guard, which merged the Revenue Cutter Service and US Life-Saving Service. Following the 9/11 terrorist attacks, the branch was moved under the Department of Homeland Security (DHS).

“It’s about time,” President Biden said Wednesday. “When the Secretary of Defense, Lloyd Austin, sent me your name, I said, ‘What in hell took you so long?'”

During her remarks, Fagan paid tribute to Adm. Owen W. Siler, the 15th commandant of the service who oversaw the integration of the service academies.

“I never believed I would be standing here today, and I want to thank him,” Admiral Fagan said, noting that she wore the late commandant’s shoulder boards in his honor.

She succeeds Adm. Karl Schultz as head of the Coast Guard.

Mayorkas commended Schultz for spearheading a more than 20% increase in the Coast Guard budget along with “the largest shipbuilding effort since World War II.” In addition to seeing the branch through the coronavirus pandemic, Schultz’s tenure also included the country’s most active hurricane season to date, including three category 5 hurricanes.

“We’re a learning organization striving to be more diverse and representative of the great nation that we serve,” Schultz told crowds gathered at Wednesday’s ceremony. “To be the world’s best, we must also be the world’s most inclusive.”

The Coast Guard has changed quite a bit since Fagan entered the academy in 1981. At that time, the service’s cutters still required new sleeping accommodations and bathroom facilities for enlisted females. Building permanent facilities for women across the US Coast Guard fleet took years.

Fagan’s daughter, Aileen, now serves as a lieutenant in the Coast Guard.

Her first enlistment took her to Seattle, where she served on the Polar Star, an ice breaker, as the only woman aboard during her two-year tour. But her tour almost didn’t happen.

“At the time, the executive officer when I did my end brief, said actually we thought about canceling your orders. We didn’t want only one woman on board,” Fagan formerly told CBS News. “And thankfully it didn’t, and it was an incredible first tour for me.”

Adm. Michelle Howard became the first woman to reach the four-star rank in the US Navy and has since retired. Gen. Charles Q. Brown Jr., leader of the US Air Force, is the first Black officer to rise to the level of service chief. Secretary of Defense Gen. Lloyd J. Austin III is the first Black man to serve in that capacity.

According to the US Coast Guard, 40% of the incoming class of the Coast Guard Academy in New London, Conn., Are women. Currently, only 15% of US Coast Guard personnel are female, while 30% represent minorities.

“Having 40% women enter the Coast Guard Academy is a great first step,” Fagan said Wednesday. “But we need to make some of that same progress in our enlisted ranks – and not just women, but underrepresented minority males.”

The Coast Guard’s new head noted that one of her “top priorities” is “transforming how we manage talent and assignment policy.”

“We’re hiring!” Fagan quipped. “We face the same challenge for talent that the rest of society is facing. And we need to be really deliberate in how we draw people in.”

The new commandant has also earned the service branch’s first-ever Gold Ancient Trident, recognizing the officer with the longest service record in the marine safety field.

As for breaking that glass ceiling, Fagan called her history-making appointment the beginning. “I hope the 28th commandant is another female or an underrepresented minority male.”

She added, “While this is the first, I look forward to the next!”

Catherine Herridge and Natalie Brand contributed to this report.