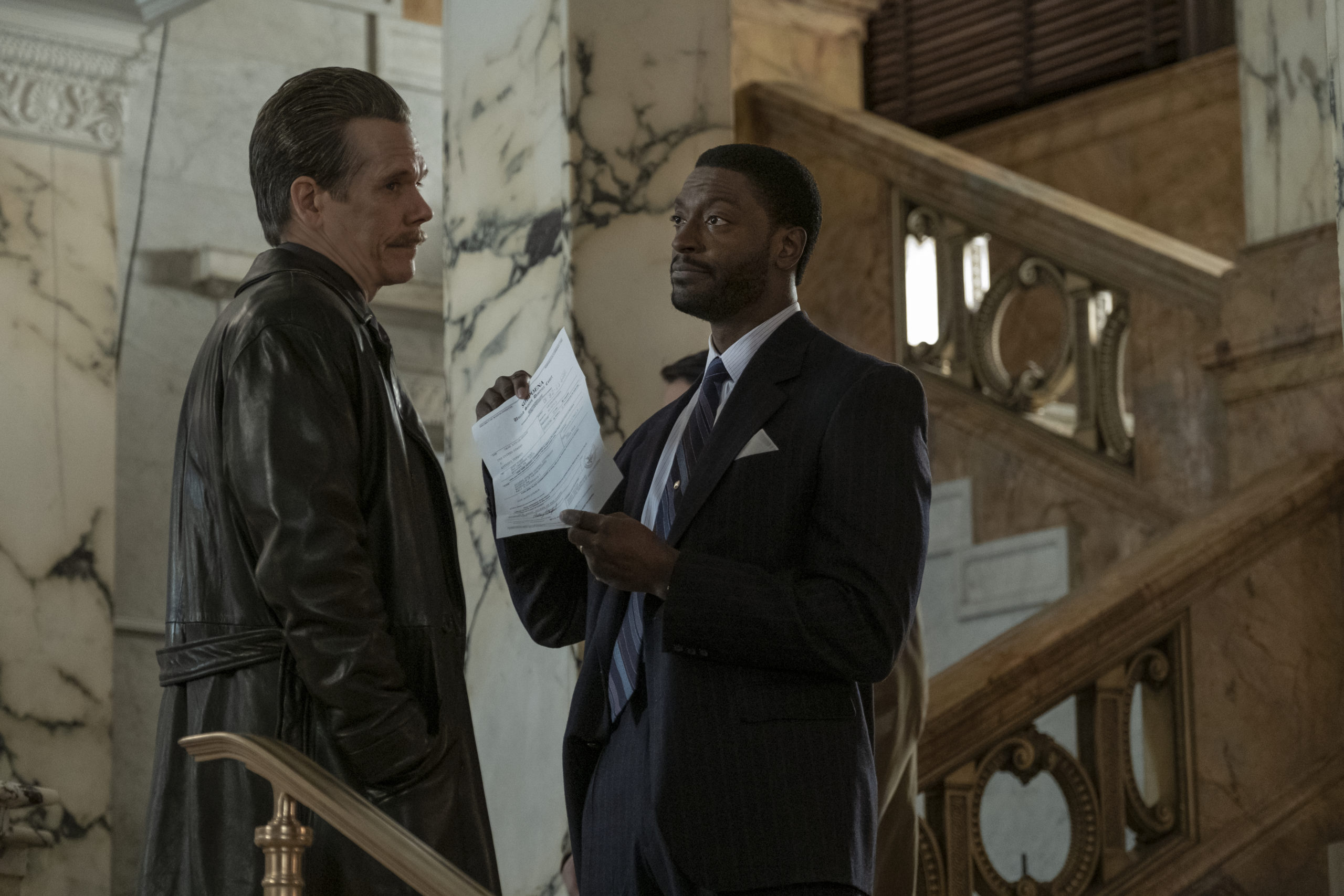 Ward is a man on a mission in the third season of the City On a Hill TV show on Showtime. As we all know, the Nielsen ratings typically play a big role in determining whether a series likes City On a Hill is canceled or renewed for season four. Unfortunately, most of us do not live in Nielsen households. Because many viewers feel frustrated when their viewing habits and opinions aren’t considered, we invite you to rate all of the third season episodes of City On a Hill here.

A Showtime crime drama series, the City on a Hill TV show stars Kevin Bacon, Aldis Hodge, Jill Hennessy, Lauren E. Banks, and Matthew Del Negro, with guest stars including Corbin Bernsen, Joanne Kelly, and Ernie Hudson. The story unfolds in 1990s Boston and centers on Assistant District Attorney Decourcy Ward (Hodge), and his unlikely partnership with corrupt FBI Agent Jackie Rohr (Bacon). Season three centers on Boston’s high society of Beacon Hill. Having left the FBI and thrown his badge into Boston Harbor, Jackie Rohr (Bacon) lands a lavish new gig running security for a wealthy family. Life is good until secrets begin to unravel. When an investigation opens, ADA Decourcy Ward (Hodge) sees an opportunity to finally rip out the machinery perpetuating a broken criminal justice system. Siobhan Quays (Banks), representing a construction worker who was severely injured on the Big Dig, encounters the city’s corruption first-hand, all while coping with the traumatic events of her past year. As Jenny Rohr (Hennessy) can attest, given her history with her father, some experiences will haunt you beyond your breaking point..

What do you think? Which season three episodes of the City On a Hill TV series do you rate as wonderful, terrible, or somewhere in between? Do you think that? City On a Hill Should be canceled or renewed for a fourth season on Showtime?