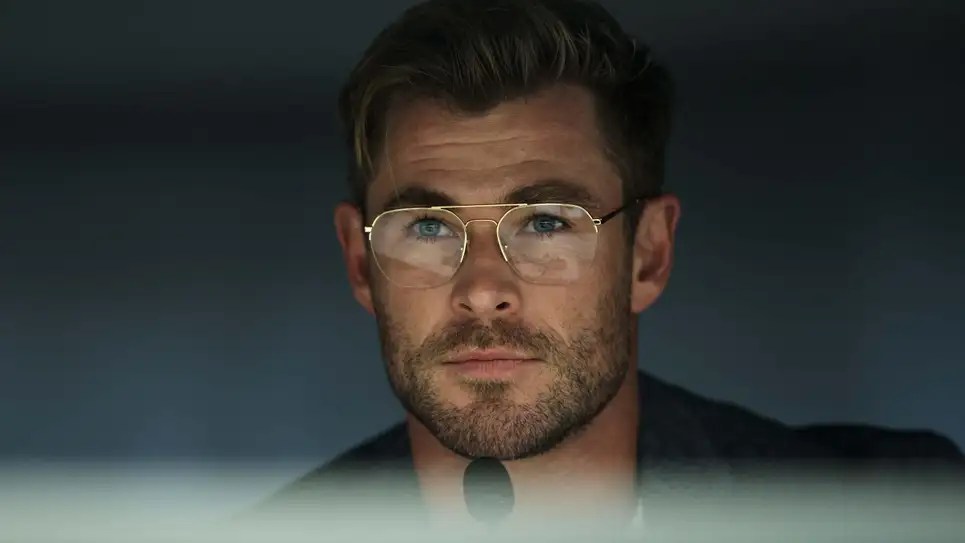 “The time to worry about crossing lines was a lot of lines ago.”

By now we’re all familiar with the Trolley Problem (thanks, The Good Place!) where we have to decide whether to actively change the trajectory of a trolley on a train track so that it will kill only one person instead of ten. But what if you weren’t just driving the trolley, but built it, put it on the track, and set it in motion with the desire to kill people? Don’t sweat it too much. It’s for the greater good. George Saunders’ short story “Escape From Spiderhead” attacks that question head-on by placing us in a prison research facility where a shadowy corporation tests profoundly invasive drugs on inmates to push the boundaries of how acutely drugs can control behavior. It looks like Netflix’s movie version starring Chris Hemsworth, Miles Teller, and Jurnee Smollett is expanding on the brief window we get into the world of Spiderhead to push those limits further.

Hemsworth plays Abnesti, a brilliant visionary not bound by any kind of ethics, while Teller and Smollett play inmates who dance to experimental doses loaded into a cartridge surgically attached to their backs. Spiderhead was written by Rhett Reese and Paul Wernick (who do not get enough credit for their stellar run from Zombieland through Deadpool) and directed by Joseph Kosinski, who also has Top Gun: Maverick hitting theaters in late May. Spiderhead will scramble brains on Netflix June 17th.