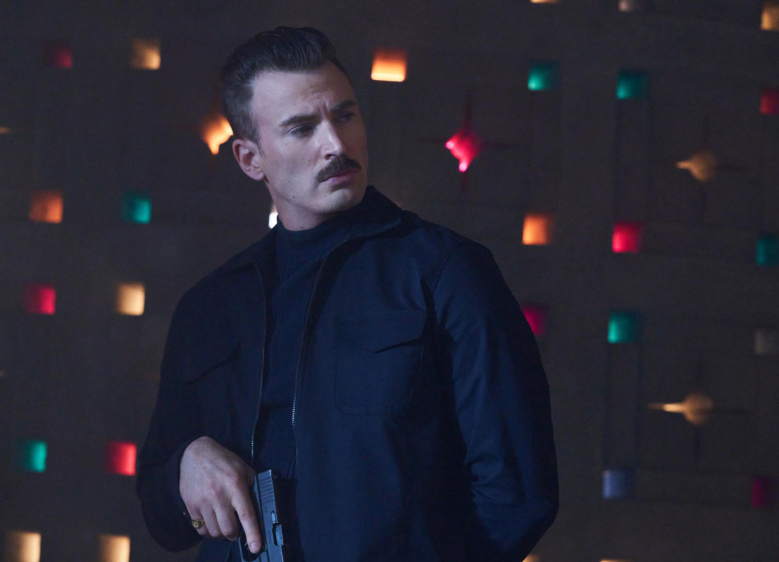 Evans warned even his smile is dangerous in the Netflix spy caper. Yeah, like we needed him to tell us that.

Chris Evans may have stowed away Captain America’s shield, but his ties to the MCU are still in full force.

The “Avengers” star couldn’t help but compare the upcoming Netflix espionage thriller “The Gray Man” to other Joe and Anthony Russo productions, namely the MCU installments. Except this time, instead of playing an iconic Marvel hero, Evans transforms into sadistic assassin Lloyd Hansen, who is hunting CIA mercenary Courtland Gentry, aka Sierra Six (Gosling), after a security breach.

It does seem that I’ve aggressively gone 180 [degrees] from Steve Rogers, ”Evans told Empire. “But it’s just kind of unfolded that way.”

Evans teased that his character is a “trainwreck of a human being” who craves “anarchy.” Basically, it’s a far cry from playing rule-following Captain America.

“I love the Russos, and I’ll pretty much do anything they ask me to do,” Evans added. “And this is a character I’ve never been able to play. He’s so liberated and free and honest. What I like about him is that you should almost fear his smile more than his scowl. “

The “Knives Out” alum added, “I think he understands what he does is bad and harmful, but I think he considers himself necessary. He thinks he’s a disrupter. “

The Russo Brothers also cited their past Evans-led superhero film “Captain America: The Winter Soldier” as a key inspiration for helming “The Gray Man,” penned by “Avengers” screenwriters Christopher Markus and Stephen McFeely.

“We wanted to use ‘The Winter Soldier’ ​​as a springboard into something else action-oriented,” Joe Russo explained to Empire of the assassin adaptation from Mark Greaney’s novel of the same name.

However, “The Gray Man” was a “relentless” production compared to a Marvel film.

“This movie almost killed us,” Russo continued. “There are, like, nine action sequences, and it’s so relentless in that regard. It was relentless to make. “

And also like the MCU, Russo has a “Gray Man” cinematic universe in his crosshairs.

“We never want to jinx it,” Russo said. “But we’re already thinking through where it goes from here. We like to build out worlds, and we would rather gamble on the upside and put the energy and time in to build out that universe prior to the release, so that the ideas are more germane and organic. That’s how you build out a more complex mosaic narrative. “

He summed up, “The focus is to make ‘Gray Man 2.’ Our appetite is voracious and the intention is always to do more than we can. ”