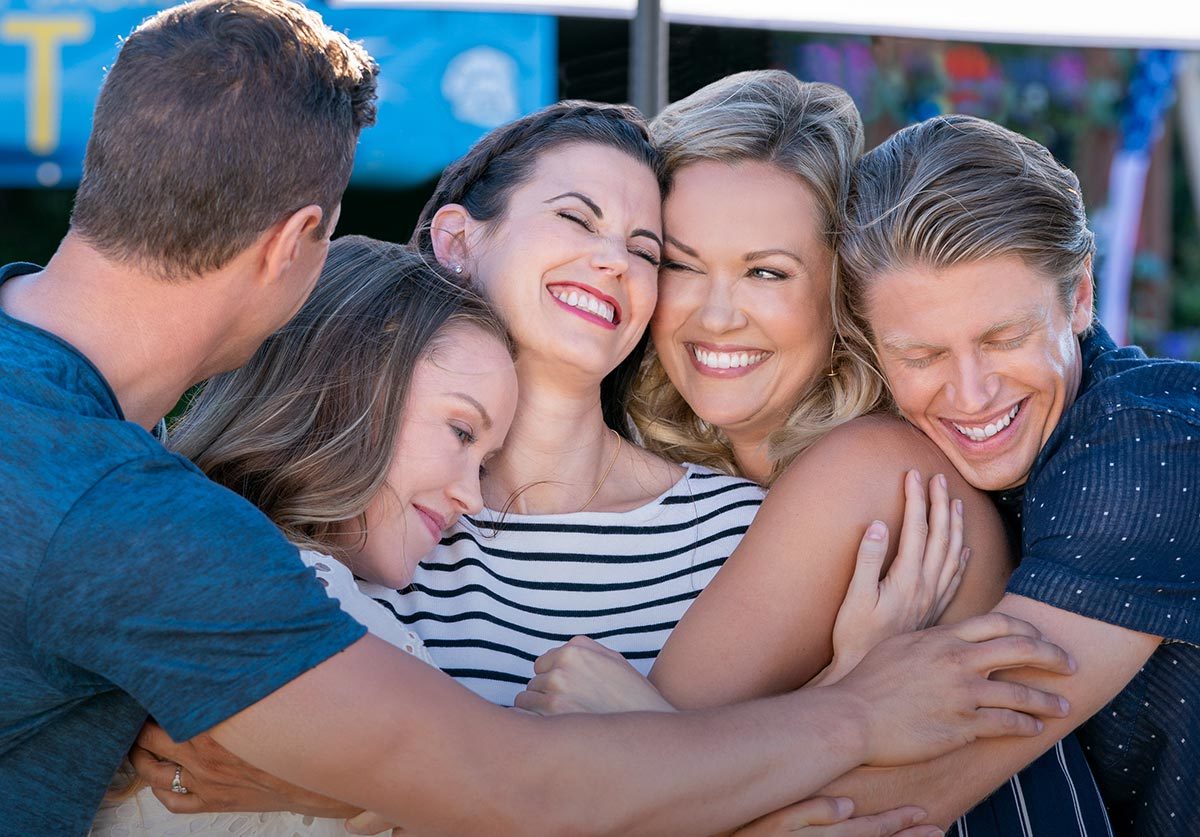 Hallmark wants to give Abby’s and Evan’s relationship a little more time. The cable channel has renewed the Chesapeake Shores TV series for a sixth and final season. The fifth season finished airing in October.

A Canadian-American drama, the Chesapeake Shores TV series stars Meghan Ory, Treat Williams, Diane Ladd, Robert Buckley, Barbara Niven, Laci J. Mailey, Emilie Ullerup, Brendan Penny, and Andrew Francis. The story explores the lives of the O’Brien family, after the homecoming of eldest daughter Abby O’Brien (Ory), a high-powered career woman and divorced mother of two. Over the past few seasons, Abby has leaned on her family to strike a balance between her professional and personal lives. The fifth season saw her coming into her own as her father Mick’s (Williams) new business partner and facing a new challenge when successful and eccentric entrepreneur Evan McKenzie (Buckley) brings a new development project into town..

Airing on Sunday nights, the fifth season of Chesapeake Shores averaged a 0.10 rating in the 18-49 demographic and 1.46 million viewers. Compared to season four, that’s down by 46% in the demo and down by 14% in viewership in the live + same day ratings (including DVR playback through 3:00 AM). While these numbers don’t include further delayed or streaming viewing, they are a very good indicator of how a show is performing, especially when compared to others on the same channel. The series is the lowest-rated of Hallmark’s limited slate of original scripted shows.

Here’s the sixth season renewal announcement. Based on the cast listed, it appears that Ladd won’t be returning.

From the Executive Producers and Novelist of “Sweet Magnolias”

“With a top-notch ensemble cast and creative team, ‘Chesapeake Shores’ has shared stories that are relatable, poignant and unforgettable,” said Laurie Ferneau, SVP Programming, Series. “We look forward to honoring the journey viewers have been on with the O’Briens with one final, special season.”

“Chesapeake Shores” explores the lives and loves of four generations of the O’Brien family, after the homecoming of eldest daughter Abby (Ory) and – over the past five seasons – has seen the family reconcile following a painful chapter in their past.

“Chesapeake Shores” seasons one through five are currently available for streaming on Hallmark Movies Now.

What do you think? Have you enjoyed the Chesapeake Shores TV series on Hallmark Channel? Are you glad to hear that the show has been renewed for a sixth but final season?