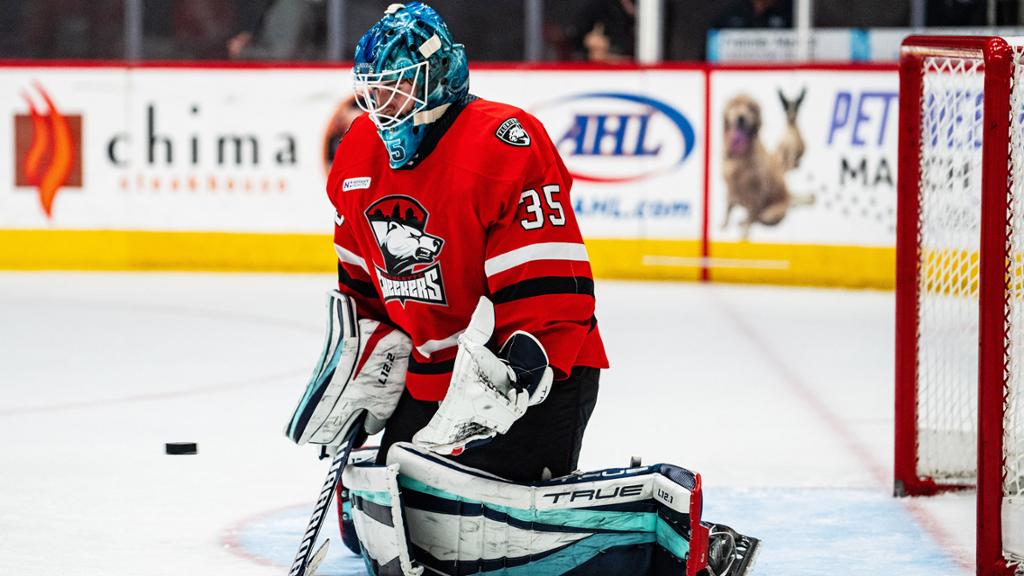 Defenseman Connor Carrick found the back of the net with 38 seconds left in the game, but the Checkers ran out of time and dropped Game 3 to the Bridgeport Islanders, 3-2.

The Islanders survived the Checkers’ elimination bid and Charlotte still leads the series 2-1.

Carrick, who was signed by the Kraken in August, pulled the Checkers within a goal in the waning seconds. But Simon Holmstrom, a first-round draft pick by the Islanders in 2019 (No. 23 overall), had buried his second goal of the game into an empty net just moments before Carrick scored for a 3-1 lead.

Holmstrom’s first goal gave the Islanders their first lead with less than five minutes remaining in the game.

Tweet from heCheckersHockey: Joey Daccord took this 2-on-0 into his own hands to keep Bridgeport off the board! pic.twitter.com/1RItjJ1zn3

Chris Terry, who scored the tying goal in the second period two minutes after Aleksi Heponiemi opened the scoring for the Checkers, assisted on Holmstrom’s first goal. Terry played 299 games with the Checkers early in his career as a 2007 draft pick of the Carolina Hurricanes.

Cale Fleury picked up his third assist of the playoffs on the Carrick goal. Zac Dalpe, who was the hero in double overtime with his hat-trick goal in Game 2, also assisted on Carrick’s late tally.

The best-of-five series continues with Game 4 in Charlotte on Monday.