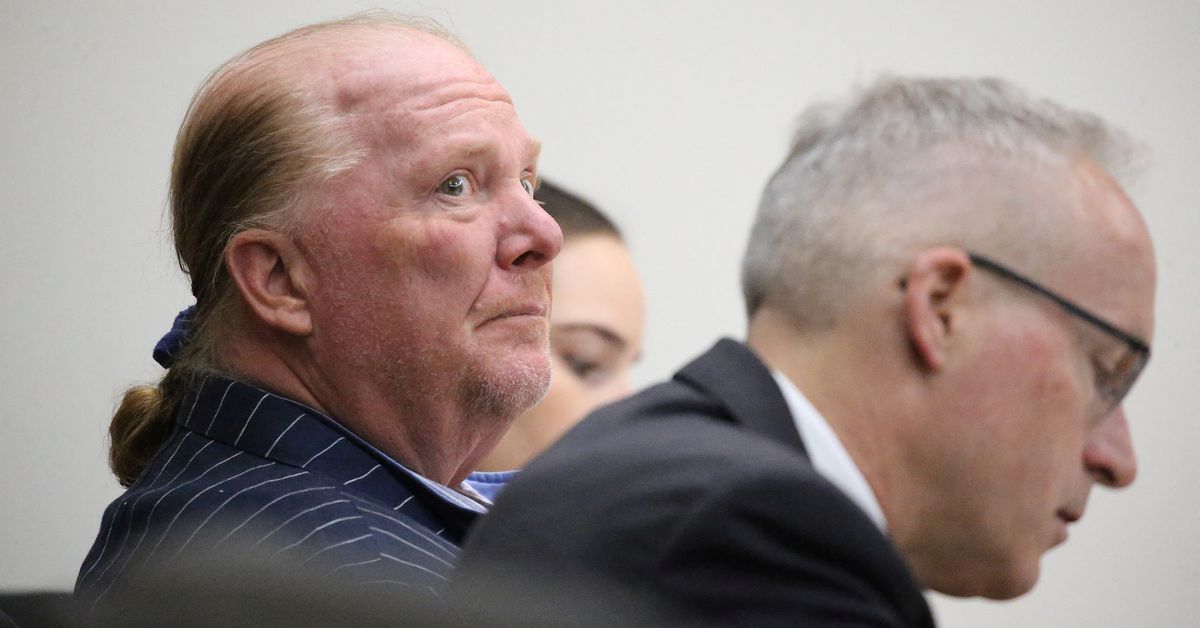 BOSTON, May 10 (Reuters) – Chef Mario Batali was acquitted on Tuesday of sexually assaulting a woman at a Boston bar in 2017 while posing with her for fan “selfie” photos, with the judge doubting the credibility of the accuser in the latest # MeToo era trial involving a US celebrity accused of misconduct towards women.

In the non-jury trial, Judge James Stanton of Boston Municipal Court found Batali, 61, not guilty of a charge of indecent assault and battery brought in 2019.

Natalie Tene, 32, had testified that Batali groped her breasts, buttocks and crotch area and forcibly kissed her while drunkenly posing for selfies with her at a bar near Boston’s Eataly, the Italian market and restaurant he owned at the time part owned.

In announcing his verdict, the judge said he concluded that Tene had “significant credibility issues.”

Stanton said that while Batali “did not cover himself in glory on the night in question,” the photos themselves created reasonable doubt that an assault had occurred given the length of time Tene spent posing for them and the visible gaps between the two individuals.

Batali showed no visible reaction as the verdict was announced and left the courtroom surrounded by reporters without making a comment. If convicted, Batali could have faced up to 2-1 / 2 years in jail and registration as a sex offender.

“While we’re disappointed in the judge’s verdict, my office will not waiver our support for the victim in this case,” District Attorney Kevin Hayden said in a statement. “It can be incredibly difficult for a victim to disclose a sexual assault.”

The trial was the only criminal case brought against Batali, once a fixture of the popular Food Network and a star of the ABC cooking and talk show “The Chew,” from among multiple # MeToo-era accusations made by women against the celebrity chef.

Tene said she was initially “embarrassed” about the incident and came forward only after the website Eater.com in December 2017 detailed allegations by four other women who said Batali had touched them inappropriately over at least two decades.

“I want to be able to take control of what happened and come forward, say my piece, get the truth out there – and everybody be accountable for their actions,” Tene testified.

Batali’s lawyer, Anthony Fuller, countered that the assault never occurred and said Tene had lied to “cash in” through her pending civil lawsuit against the chef seeking more than $ 50,000 in damages.

“She lied for fun and she lied for money,” Fuller told the judge in closing arguments.

Stanton also cited Tene’s “egregious” misconduct in an unrelated assault case as contributing to his doubts about her credibility. When filling out a questionnaire for jury duty in that other case, rather than choosing the option of identifying as a crime victim to get out of jury service, Tene falsely claimed to be “clairvoyant,” according to Batali’s lawyers.

After text messages that Batali’s lawyers obtained showed Tene discussed the case with a friend and conducted outside research in violation of court orders, prosecutors in nearby Middlesex County charged her with contempt. Tene resolved that case last week.

Soon after the website Eater.com report, Batali was fired from “The Chew” and later cut ties with restaurants including New York’s Babbo and Del Posto that he partly owned. He denied allegations of sexual assault but apologized for “deeply inappropriate” behavior.

Batali and his business partner agreed in July to pay $ 600,000 to at least 20 former employees to resolve claims by New York’s attorney general that their Manhattan restaurants were rife with sexual harassment. read more

The 2017 explosion of the #MeToo movement exposed patterns of sexual harassment or abuse of women in multiple spheres of American life. US celebrities convicted in # MeToo-era criminal trials have included film producer Harvey Weinstein and comedian Bill Cosby, though Cosby’s conviction was overturned on appeal. read more

Reporting by Nate Raymond in Boston; Editing by Will Dunham

Nate Raymond reports on the federal judiciary and litigation. He can be reached at nate.raymond@thomsonreuters.com.