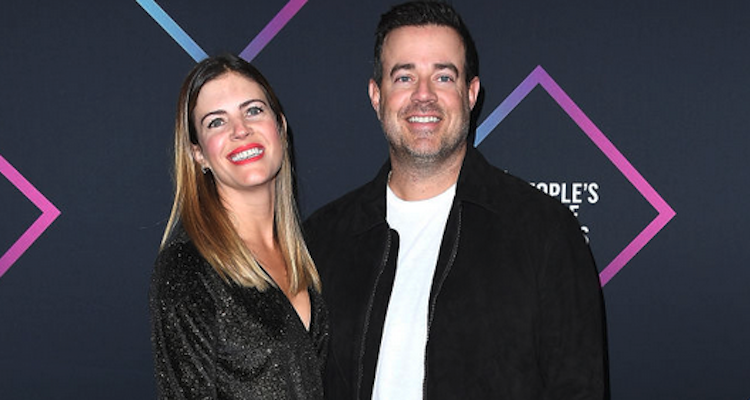 In a rather personal revelation, ‘Today’ show host Carson Daly announced he’s still going through a “sleep divorce” with his wife, Siri, that the couple came to terms on way back in 2020 and calls it the “best thing that ever happened”. To their marriage.

The couple agreed to new sleeping arrangements while Daly’s wife Siri was pregnant in March 2020. They had to make a change and it started with their nightly sleeping setup. So Carson was out and the results are in – it worked, the former MTV legend says. And they’re not divorced.

“We both, admittedly, slept better apart,” Daly explained to his fellow Today hosts while also noting that they’re back to sharing the sack on certain nights. He didn’t explain which nights and how they determine what makes for a good night to drop the sleep divorce papers.

Now, to be clear, these two aren’t going through a divorce. Daly made sure to admit that he has his issues and his wife was pregnant and completely uncomfortable at the time she filed the divorce papers.

“We’re both pretty good-sized humans, and it just wasn’t really working when she was in her third trimester, and I also have sleep apnea, which is very sexy for the ladies out there, I’m sure.” he told People in 2020.

“She couldn’t get comfortable, so we were like a commercial you would see, kicking each other and just not sleeping.”

And that was it. They made the decision that Carson would sleep elsewhere.

To be clear, it sounds like these two don’t miss many sex sessions. They’ve hammered out four children ranging in age from two all the way up to 13. This seems to be more about those nights when you need to get actual sleep and not those Friday nights when the cocktails were flowing and the kids are at the grandparents’ house.

Let’s be honest here, this doesn’t sound like a terrible idea here and there. She gets to determine the room temperature. You get the remote on the couch and can pass out to Guy Fieri shoving food in his mouth without being yelled at about leaving the TV on.

You can rip a fart without her acting disgusted. She can lay there in peace.

A sleep divorce is much cheaper than the alternative, fellas. Maybe you want to bring this up with your wife and tell her she needs to start sleeping in the guest room. See how this goes.

Make sure to report back.