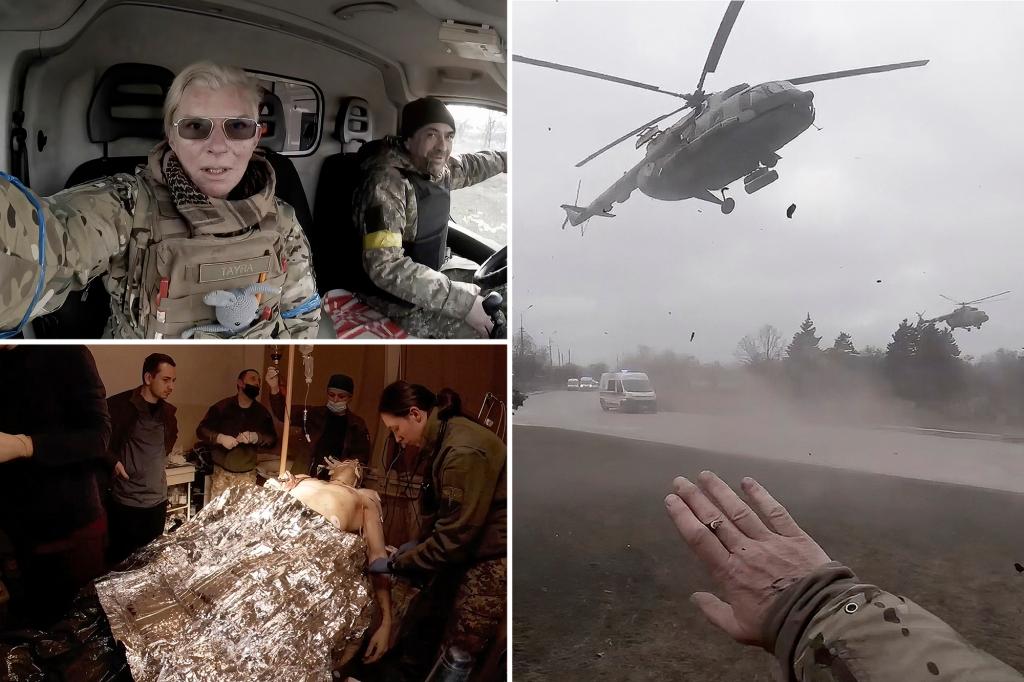 A Ukrainian medic chronicled her life-saving efforts in war-ravaged Mariupol using a tiny data card later smuggled out of the country inside a tampon by daring reporters.

Yulia Paievska, who was ultimately captured by Russian soldiers, was given the body cam originally to film a Netflix documentary on the Invictus Games, an international sporting event for wounded troops or veterans founded by Britain’s Prince Harry.

But when Russian forces invaded the country, she focused the camera on the efforts to save wounded Russian soldiers as well as Ukrainian civilians at a military hospital in the besieged city.

One clip from March 10 showed two Russian soldiers, including one in a wheelchair, being taken out of an ambulance by a Ukrainian soldier.

A Ukrainian soldier then cursed at the Russian troops, prompting Paievska to respond.

“Are you going to treat the Russians?” a woman then asked her.

“They will not be as kind to us,” Paievska replied. “But I couldn’t do otherwise. They are prisoners of war. “

Paievska – better known as Taira in Ukraine, where she helped train the country’s volunteer medic force – managed to get the footage on March 15 to Associated Press journalists, one of whom fled with it in a tampon.

A day later, the 53-year-old medic and her driver were apprehended by Russian forces.

A news broadcast in Russia on March 21 then announced her capture – showing her disheveled while reading a statement calling for an end to the war as a voiceover accused her colleagues of being Nazis.

Russia believes Paievska is aligned with the nationalist Azov Battalion, a volunteer militia formed in 2014 and mired in fighting with Russian forces in the Donbas region.

Paievska is now among hundreds of local officials, journalists and other Ukrainians who have been kidnapped or captured by Russian forces.

The medic’s plight is being shared with the world as Mariupol teeters on falling to the Russian military, which said Thursday that 1,730 Ukrainian troops have surrendered at the port city’s bombed-out steel plant since Monday.

Weeks prior to her capture, Paievska recorded herself tending to a Ukrainian soldier’s open head wound on Feb. 24 – The first day of Russia’s invasion.

She later ordered her colleagues on Feb. 26 to help a Russian soldier by giving him a blanket while calling the young fighter “Sunshine,” a moniker she regularly used while treating the wounded.

“You’re taking care of me,” the Russian soldier told her.

“We treat everyone equally,” Paievska replied.

The last known footage shot by Paievska – dated March 9 – shows her seated next to her driver, Serhiy, who also later disappeared.

“Two weeks of war, besieged Mariupol,” she said in the clip.

The Invictus Games webpage shared a post pleading for help for Paievska.

“Taira has rescued more than 500 lives of Ukrainian military personnel, since the beginning of the Russian invasion in 2014,” the website reads. “Now it’s her own life that needs to be saved.”