Can Matt Breida be Giants’ caddy for Saquon Barkley? 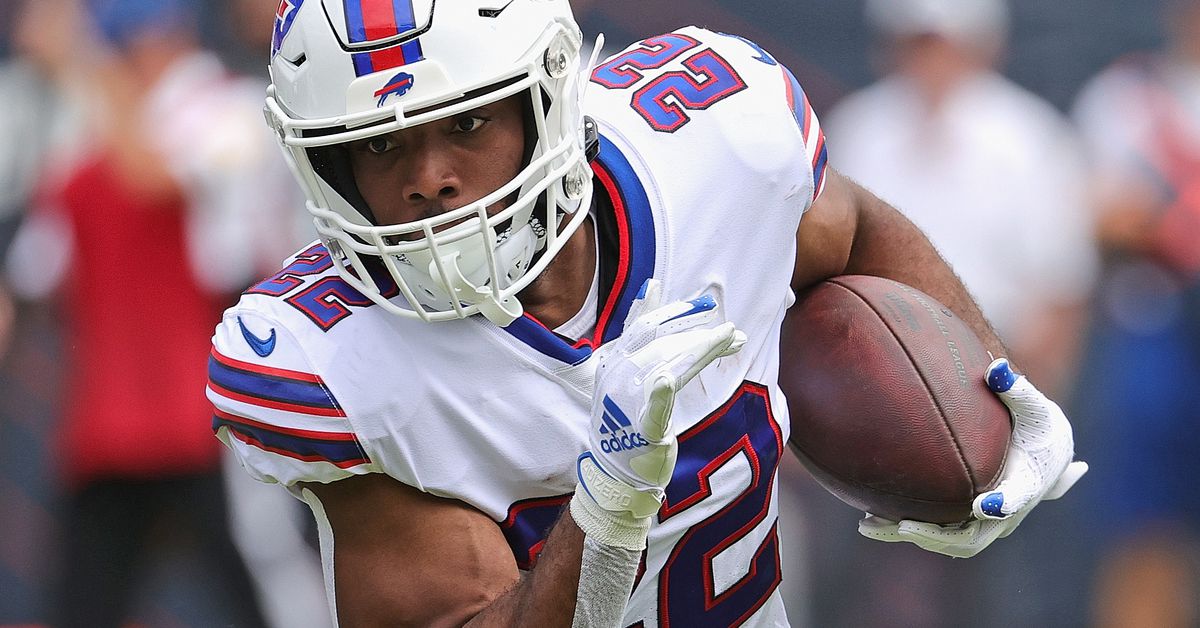 Can veteran running back Matt Breida do for the New York Giants in 2022 what Devontae Booker did last season, capably backing up Saquon Barkley, at a much lower cost?

Let’s look at Breida as we continue our player-by-player profiles of the 90-man roster the Giants will bring to training camp.

Breida has had a nice career after making the San Francisco 49ers roster as an undrafted player out of Georgia Southern in 2017. Breida spent three seasons in San Francisco, one with the Miami Dolphins and last season with the Buffalo Bills.

Breida was a bit player for the Bills last season. He played in just nine games with career lows in carries (26), rushing yards (125), and receptions (7). He still averaged 4.8 yards per rushing attempt in his limited chances.

The 27-year-old enters camp as the only truly experienced backup for Barkley, with Antonio Williams (another ex-Bill), Gary Brightwell, Sandro Platzgummer and undrafted free agent Jashaun Corbin all aiming to unseat him.

Best guess is that Breida hangs onto that No. 2 role behind Barkley, at least initially.