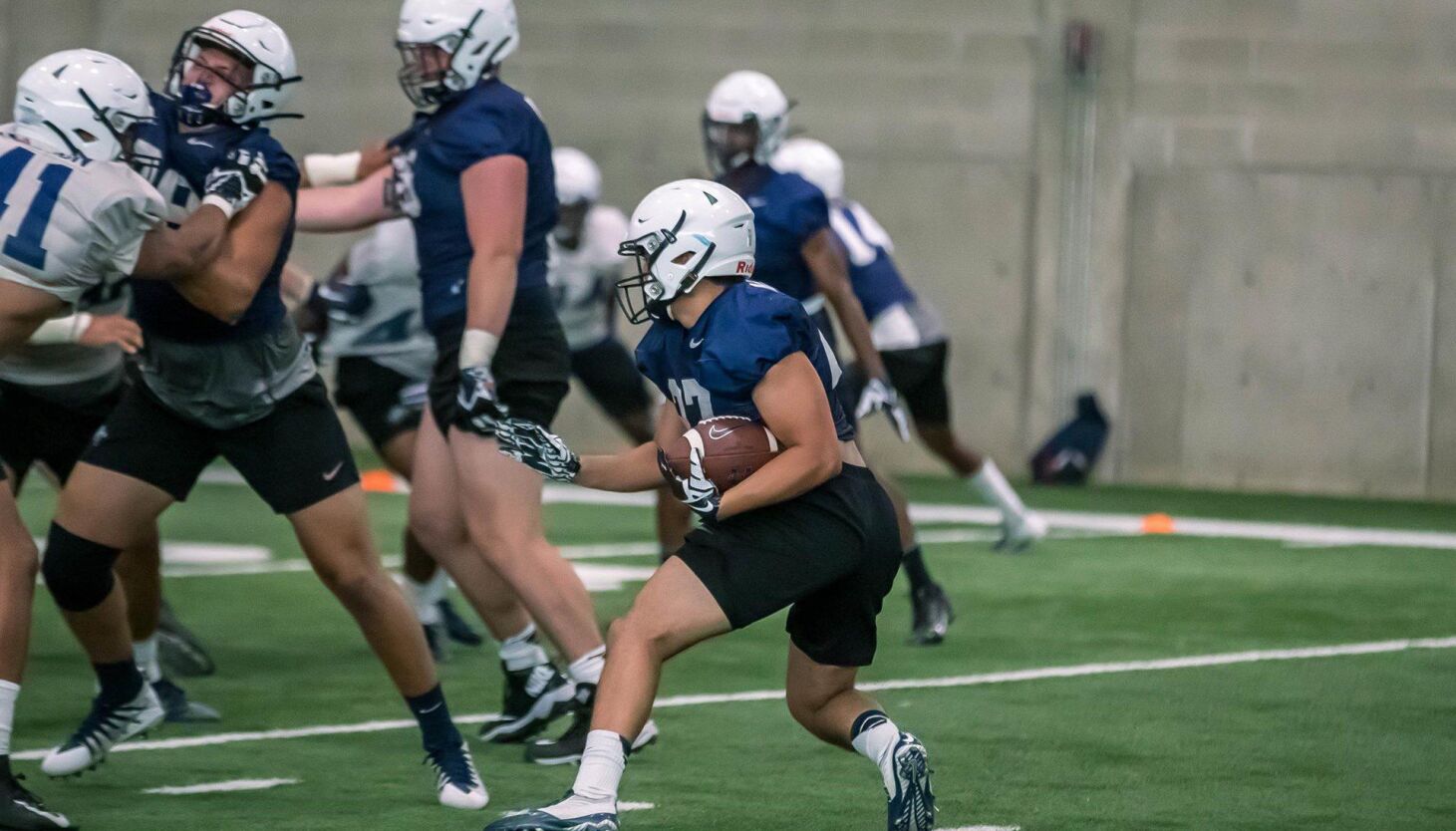 BYU has not been shy about adding running backs via the transfer portal this offseason – think Cal transfer Chris Brooks and Stanford transfer Houston Heimuli – and late Saturday, the Cougars added yet another.

Former Utah State running back Enoch Nawahine, whom 247 Sports reported had entered the transfer portal on March 8, announced his commitment to BYU on social media, writing “Turning dreams into reality.”

An unrated recruit out of Kahuku High School in Hawaii, he was a member of Utah State’s 2019 class after originally committing to Boise State.

As a true freshman, Nawahine appeared in 10 games and carried the ball 16 times for 53 yards, averaging 3.3 yards per carry.

He also had two receptions for seven yards and tallied two tackles on special teams.

A member of the Church of Jesus Christ of Latter-day Saints, Nawahine was called to the Zambia Lusaka South Africa mission in February of 2020.

Called to serve in the ZAMBIA LUSAKA, SOUTH AFRICA mission🇿🇲 Excited to serve the lord and preach the gospel‼