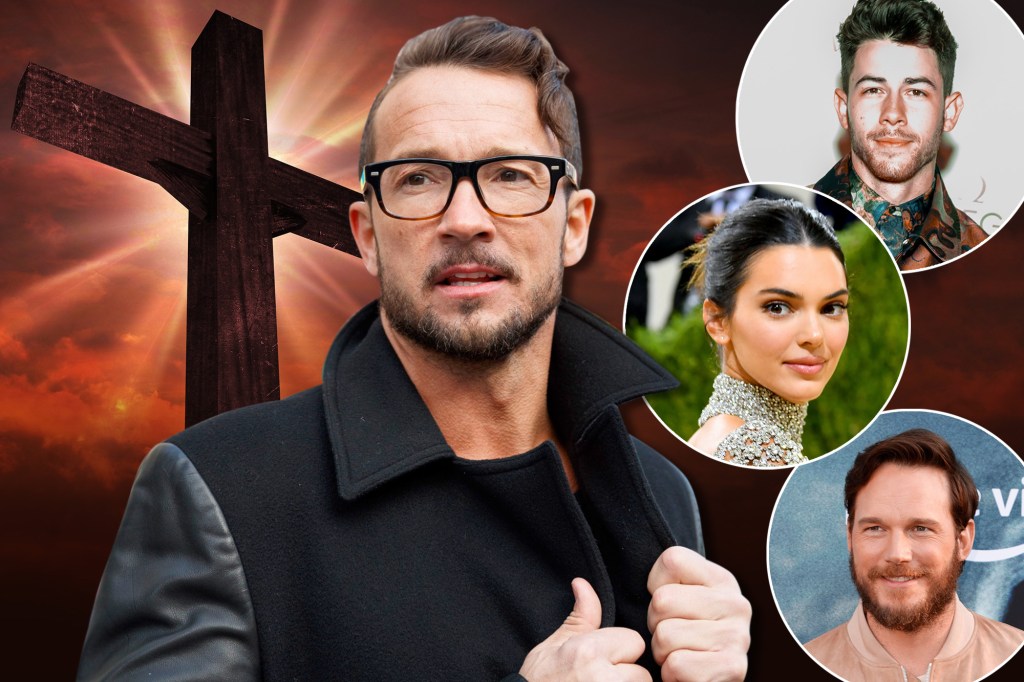 “Hillsong: A Megachurch Exposed” is produced by Breaklight Pictures in association with New York Post Entertainment for Discovery +. Post reporter Hannah Frishberg is featured in the documentary.

But all was not holy. “Hillsong: A Megachurch Exposed,” a new three-part docuseries premiering March 24 on Discovery +, dives into the jaw-dropping history of the religious institution and its founder Brian Houston, who has been accused of everything from embezzling church funds to covering up child sex abuse. Houston, 68, stepped down as the church’s director in January (amid a court case accusing Houston of hiding his late father’s sexual abuse of children – all of which the church has denied), and he resigned for good March 23, after an internal misconduct. The investigation, which found Houston had behaved inappropriately towards two women.

“It is a culture of ‘protect the brand at all costs’,” says Elle Hardy, author of “Beyond Belief: How Pentecostal Christianity Is Taking Over the World,” in the documentary. “And whatever it takes to achieve that.”

Hillsong originated in Australia in 1983, founded by Houston, who grew up in Dad Frank Houston’s Sydney-based Pentecostal church. When Houston was looking to expand into America, charismatic young pastor Lentz, now 43, came to his attention in 2010.

“It makes you feel like your belief system is valid in the modern world,” says Hardy, referring to Lentz’s cutting-edge haircut, tattoos and clothing, which lured in millennial and Gen Z congregants.

Lentz became Hillsong’s shining star, skyrocketing to such fame that he rubbed elbows with the likes of Bieber and Oprah Winfrey.

Ben Kirby, who created the Instagram account PreachersNSneakers, began noticing Lentz because of his expensive threads. “I posted a picture of him wearing a Supreme-Louis Vuitton hoodie,” he says in the doc. “That hoodie at the time was on the resale market for $ 10 to $ 15,000. The prices were insane. “

As the documentary details, Lentz grew up in Virginia Beach, Virginia, and before his decadelong stint as the head of Hillsong NYC from 2010 to 2020, he was a youth pastor at Wave Church in Virginia Beach.

Jaclyn Hayes, a former Wave Church volunteer, describes in the series how Lentz talked about sexual purity, the importance of fathers controlling their daughters, and his “rules” for dating – such as a mandate that a couple should not even kiss for their first year together, and never have sex before marriage.

When Hayes and a then-boyfriend had sex and confessed their slip-up to Lentz, she recalled their exchange: “Carl asked, ‘Did you use protection?’ I interrupted, ‘Yes, of course.’ And his next response was, ‘Huh. Well then, it was premeditated. ‘ I kind of expected a different response from him. I just went from sharing something so personal and. . . You’re using it to shame me and condemn me. “

Lentz told Hayes and her then-boyfriend to stop seeing each other, and they did, to their mutual heartbreak. But behind the scenes, he was not practicing what he preached.

A former Wave Church staffer, who appears in the documentary anonymously due to having signed a nondisclosure agreement, says on-screen, “I was at Wave for a few years before Carl left. I remember I would go to the leader’s meetings, and he would hammer in our heads, ‘Do not have sex before marriage.’ He was aggressive about it. “

Meanwhile, the staffer claims, “I had a friend. . . Carl tried to sleep with her. This [womanizing] was a very known thing about Carl. “

Ranin Karim, 35, alleges she had a five-month-long affair with Lentz that eventually led to Hillsong ousting him in 2020, as she exclusively told The Post in November 2020. In the documentary, Karim describes how they met in a park and exchanged phone numbers. When she asked for his last name, “He was like, ‘When people Google people. . . it’s not a good look. It’s better to get to know the person before you look them up. ‘ That was the weirdest answer I had ever heard, ”she says.

Later, Karim learned that Lentz was married, and she asked if something was wrong with his relationship.

He said, ‘I’ve never done this before, there’s nothing wrong with my relationship. . . but you have everything I want in a woman. ‘ This was very odd, ”she says.

According to Karim, over the course of their affair, Lentz cried in front of her, which she took as a sign of his vulnerability. But, “Later on, I realized it was bulls – – t,” Karim says. “People at the church said he cried all the time onstage. Through the months that we were seeing each other, I started to realize that. . . it was always his way or no way. I started to pull back and say, ‘I don’t want this anymore, leave me alone.’ But, the more you say ‘no’ to him, the more he keeps coming back. “

Karim describes her relationship with Lentz as “the most toxic thing I’ve ever had to deal with. If I could go back and never meet Carl, I would. ”

After Lentz’s alleged affair with Karim made headlines, Hayes watched the news and remembered how Lentz split herself from her boyfriend, simply because they had premarital sex.

“When all of this came out, I was really mad,” she says. “It just makes you very angry that the same thing you were shamed with is the same thing that [he did]. It’s literally the definition of a hypocrite. “

Lentz was fired from Hillsong in November 2020, with Houston citing his “moral failures.”

The rumor is that Carl and his wife were going to make their exit from Hillsong, and I think Brian [Houston] knew his profile was too high and that people would follow him. . . So I think it was just kind of getting rid of him and trying to tarnish his brand, ”Janice Lagata, a former Hillsong student and volunteer who worked with Hillsong NYC church leadership, speculates in the doc.

“They can blame Carl, and not the culture in the church,” she says.

But according to the documentary, Lentz’s behavior was not an anomaly within the larger organization.

Anna Crenshaw, a preacher’s daughter who was studying at Hillsong College in 2016, appears in the doc to describe an instance in which she alleges that she was assaulted by a Hillsong staffer, who groped her at a house party in front of other people. She reported the incident to church leadership in December 2018. But when they questioned her about it, Crenshaw says, “It fel[t] like an interrogation. “

“They were definitely checking for mix-ups or errors. I just knew, ‘OK, they’re not on my side,’ “she says.

The documentary also includes footage of testimony from Brett Sengstock, who alleges that Frank Houston sexually abused him in the 1970s when Sengstock was 7 and 8 years old.

Sengstock claims that when he reported this to church leadership, they tried to pay him off with hush money. He claims Brian Houston told him, “You know, it’s your fault all of this happened. You tempted my father. ” (Brian Houston has denied he said the abuse was Sengstock’s fault.)

Houston, who is not interviewed in the documentary, has since pleaded not guilty to concealing his father’s child sexual abuse when New South Wales police brought charges against him in August 2021.

But former students at Hillsong College – the megachurch’s version of ministerial training – claim in the doc that cover-ups were a part of the culture, where they claim they were used for free labor and required to sign NDAs.

Former Hillsong College student Yolandi Bosch says, “If you were a church that was open and trusting, why would you get your members to sign an NDA? Unless you’re hiding something. ”

Ernesto Castro
Irving, Unvaxxed Yanks & Mets Can Play at Home as NYC to Lift Vax Mandate for Athletes: Sources
‘Licorice Pizza’ made Asians a ‘punchline.’ And the fallout is bigger than the Oscars