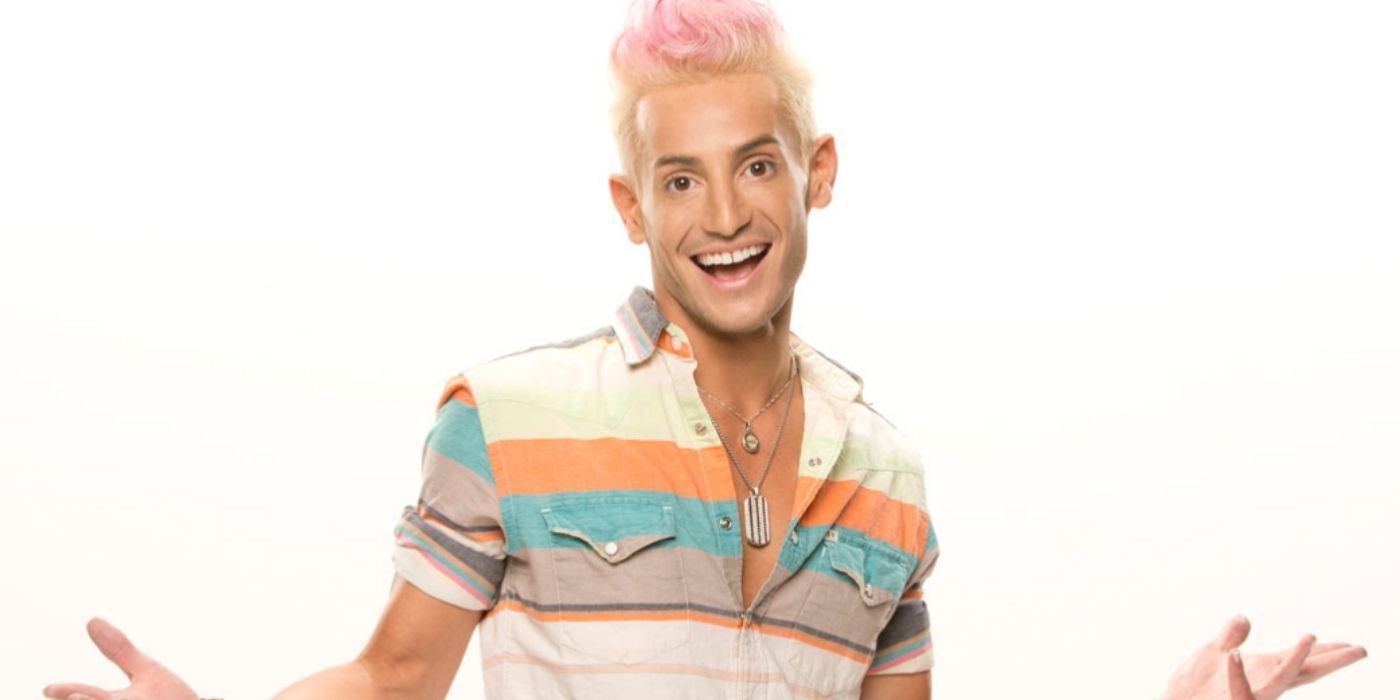 Big Brother alum Frankie Grande got married to Hale Leon in a Star Wars-themed ceremony. Frankie is the older brother of pop superstar Arianna Grande and starred in Big Brother season 16. Hale and Frankie have been together for over three years and got engaged in a romantic get-together last June.

During Big Brother season 16, Frankie was a big player, even though he finished in fifth place. He was known for being in a bromance with a fellow houseguest, Zach Rance, and being part of the Team America twist. The Team America twist was made up of three houseguests who did missions voted on by America. Each mission they accomplished gained each of them cash. Frankie’s most memorable moment happened when he won the Battle of the Block competition by himself when his fellow team member Caleb Reynolds refused to participate with him. That moment solidified Frankie as a huge threat and resulted in him leaving the game before the finale. Big Brother season 16 ended with Derrick Levasseur defeating Cody Calafiore to take home the top prize.

Frankie and Hale got married on May 4, 2022, at Frankie’s mother’s home. The Big Brother alum and Hale both love the George Lucas-created franchise, so they held a Star Wars-themed ceremony. Frankie posted photos from the wedding ceremony on Instagram. He stated that “Hale and I were married at a small intimate galactic ceremony in my family home in Florida on May the 4th be with you, cause we really are both that nerdymaking it clear that both Frankie and Hale are huge Star Wars fans. The couple could be seen looking cozy in the photos, posing with their dog and with Star Wars lightsabers and characters. The Big Brother alum went on to talk about how they had a joint bachelor party prior to the ceremony and that they will be sharing more posts and photos in the future.

Frankie stated that “this is only the beginning of the celebrations as we are having a Wedding Ball with all our friends in the upcoming months.“The Big Brother alum let his fans and friends know that the wedding celebrations are just beginning and that there will be more to look forward to. Frankie also praised her husband, Hale, stating, “I am the happiest I’ve ever been … I’m married to the man of my dreams.The pair looked adorable as Frankie wore all white and Hale was in black and white.

The couple is clearly over the moon and happy to be married. The wedding ceremony looked beautiful from the photos that he shared. Frankie has come a long way since becoming known for being dramatic and over the top Big Brother. He has really stayed true to himself and shown how much he loves Hale with his heartfelt posts. Fans of Frankie have a lot to look forward to with the promise of more celebrations to come.

Which 90 Day Fiancé: Before The 90 Days Couples Are Still Together?