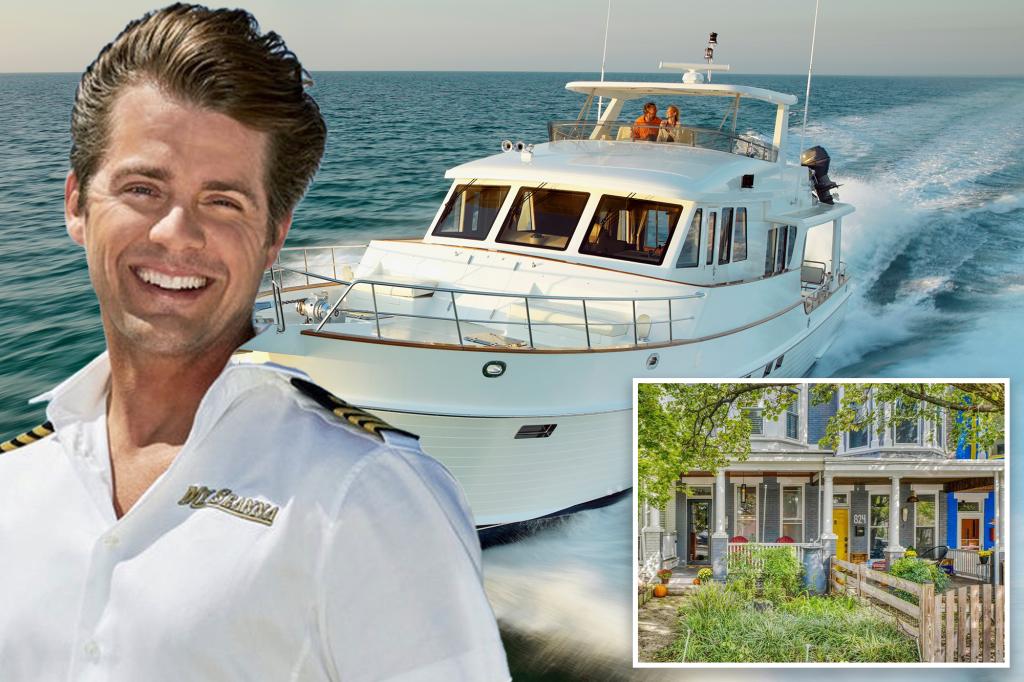 “Below Deck” star Eddie Lucas is hanging up his stripes and leaving the high seas to settle down in his hometown of Baltimore, Maryland.

Lucas, 37, purchased his first house at the start of the year in the hip neighborhood of Hampden. To snag it, he had to pay over the $ 330,000 asking price.

But for the veteran of the hit Bravo series – currently in its ninth season – his journey to find that perfect home was not all sunshine and roses.

“The goal has always been to settle down, put some roots down, buy a house,” Lucas told The Post. “But it’s been difficult to be able to try and do that and for a lot of people my age and my generation, with housing prices the way they are, student loan debt at an all-time high, it is difficult.”

Life on the water did help a little, though.

“The yachting industry that I did gave me more of a foundation to be able to reach those goals, but I still have student loans to pay off,” Lucas said with a laugh.

However, despite being a reality star on Bravo’s top-rated series – with ratings that can surpass even the “Real Housewives” franchise – Lucas explained they don’t exactly get paid the same as the other reality stars. He also weighed in on why, for so many in the yachting industry, buying a house in this market has been burdensome.

“There’s somebody monetizing off the show, but it’s definitely not us,” Lucas claimed. “‘Below Deck’ – regardless of it being the most popular show on Bravo – we are the lowest-paid cast members.”

Lucas explained that even though they put in labor and need to obtain specialized licenses for what they do, it has been “frustrating” watching other reality stars earn millions.

“While we do get paid better than a normal yachtie, of course, we are still not getting paid what people like the ‘Housewives’ are making, which is a little frustrating, because they’re not really working – they’re just going out to dinner and fighting, ”Lucas said.

To add to the frustration, Lucas – who has appeared on six seasons of “Below Deck” and earned his first officer role on the latest season – was surprised he didn’t get a call to sign on for another season.

“I was not invited back to do another season,” Lucas revealed. “I didn’t even get a phone call from them saying they hired someone else – which kind of goes to show what the production entails. Everyone on ‘Below Deck’ is expendable. ”

Still, Lucas said there is always a possibility for a future return. In the meantime, he is excited to settle into his new home and design it to his liking.

“I was pretty aggressive in my offer in buying the house because the market is just wild. It’s so crazy, “he said. “We took some serious losses in trying to acquire property and so when I finally found this house, I didn’t waste any time.”

Lucas said his offer on the home expired by midnight – and the owners accepted.

Made up of three bedrooms and one bathroom, the row home spans 1,400 square feet.
Lucas, who is now a full-time tugboat operator, said he fell in love with the house because it came with a lot of character. His girlfriend, Natalie Inada, was the first to spot the home within hours of hitting the market.

Features include an updated kitchen with a pantry, a screened-in rear porch that overlooks a fully fenced backyard with a fig tree, a bedroom with a walk-in closet, and a large basement – a rarity for the Baltimore area.

“It’s in a really cool spot and it’s been quite a lot of fun making it a home and making it mine. It’s a slow process but it’s really rewarding, ”he added. “I think I got really lucky too. Luck was definitely on my side for this house. ”

Lucas also likes that he gets to live somewhere that is close to his family, who live in Ruxton.

“I grew up in a great house. My father is an architect. I really got a love for the area and the architecture that is here, and it was very very special. ”

As for his career in yachting, Lucas said because of a two-weeks-on, two-weeks-off schedule, there are plenty of opportunities for new adventures.

“There is always that drive, that draw to be able to get back out to open waters, compared to what I am doing now, which is very localized harbor work,” he said. “There is that desire to get out of the harbor and get those sea breezes.”

“The yachting industry was really just a means to an end for me,” he explained. “And I think that is the same for a lot of people who spend a good lot of time in that industry. A lot of people get into that industry at first because of the draw of it – the exoticness, the glitz and glamor of it, being able to travel, being able to see parts of the world and get paid for it. It is fantastic.

“But people who really stay there for five, six, 10 or more years realize the benefits of what that industry can give you,” Lucas said. “Right now I’m just trying to be here with my family and settle here.”