Beavis and Butt-Head Is Back, Fart-Knockers 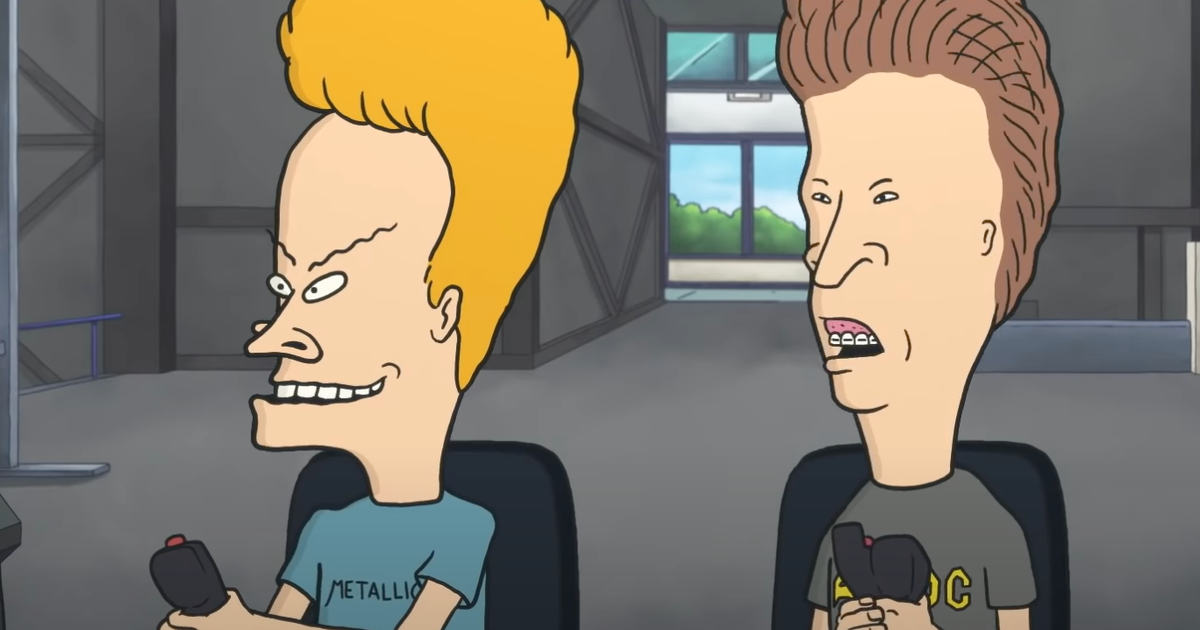 Heh, heh, they’re back. Described as the “dumbest science fiction movie ever made,” the 90s cartoon doofuses Beavis and Butt-Head return to the silver screen in their upcoming Paramount + film, Beavis and Butt-Head Do The Universe, on June 23. Filled with 69 jokes accompanied by their classic giggle, the new film follows Beavis and Butt-Head as they join a NASA space mission in 1988 and mistakenly get transported to the year 2022 through a black hole, (yes, a hole ). After learning what an iPhone is, they discover they’re being hunted by the “intelligent” versions of themselves from a parallel universe as they are now “Buttholes of Interest” by the NSA. Directed, written, and starring Mike Judge, the film was designed as a bridge between the classic series and its soon-to-be reboot series planned for Paramount +.