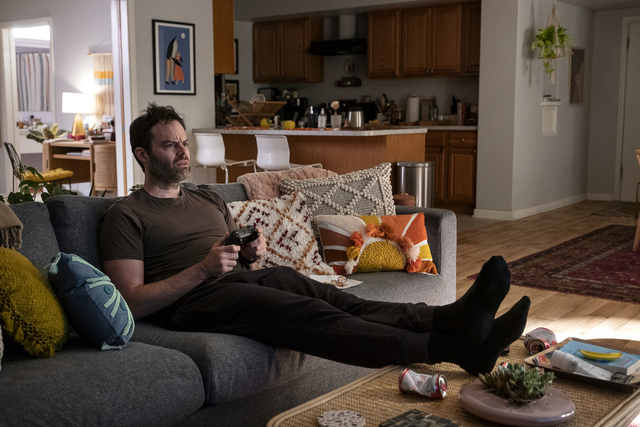 Will our favorite hitman go “method” in the third season of the Barry TV show on HBO? As we all know, the Nielsen ratings typically play a big role in determining whether a series like Barry is canceled or renewed for season four. Unfortunately, most of us do not live in Nielsen households. Because many viewers feel frustrated when their viewing habits and opinions aren’t considered, we invite you to rate all of the third season episodes of Barry here.

An HBO dark comedy crime series, the Barry TV show stars Bill Hader, Stephen Root, Sarah Goldberg, Anthony Carrigan, Henry Winkler, and Sarah Burns with D’Arcy Carden and Michael Irby in recurring roles. The story begins as former Marine Barry Berkman (Hader), a hitman from Cleveland, travels to Los Angeles to kill someone. He finds himself joining an acting class taught by self-obsessed Gene Cousineau (Winkler). There, Barry meets aspiring actress Sally Reed (Goldberg) and falls in love with the craft and wants to change careers. Meanwhile, he continues dealing with criminal associates like Monroe Fuches (Root) and NoHo Hank (Carrigan). Getting out of the business is messy. What is it about Barry’s psyche that led him to become a killer in the first place? Season three finds him and the others trying to make the right choices.

What do you think? Which season three episodes of the Barry TV series do you rate as wonderful, terrible, or somewhere between? Do you think that? Barry should be canceled or renewed for a fourth season on HBO? Don’t forget to vote, and share your thoughts, below.

Janice Shirey
Putin to mark Soviet WW2 victory as Ukraine decries school bombing
It’s the playoffs, what did you expect?