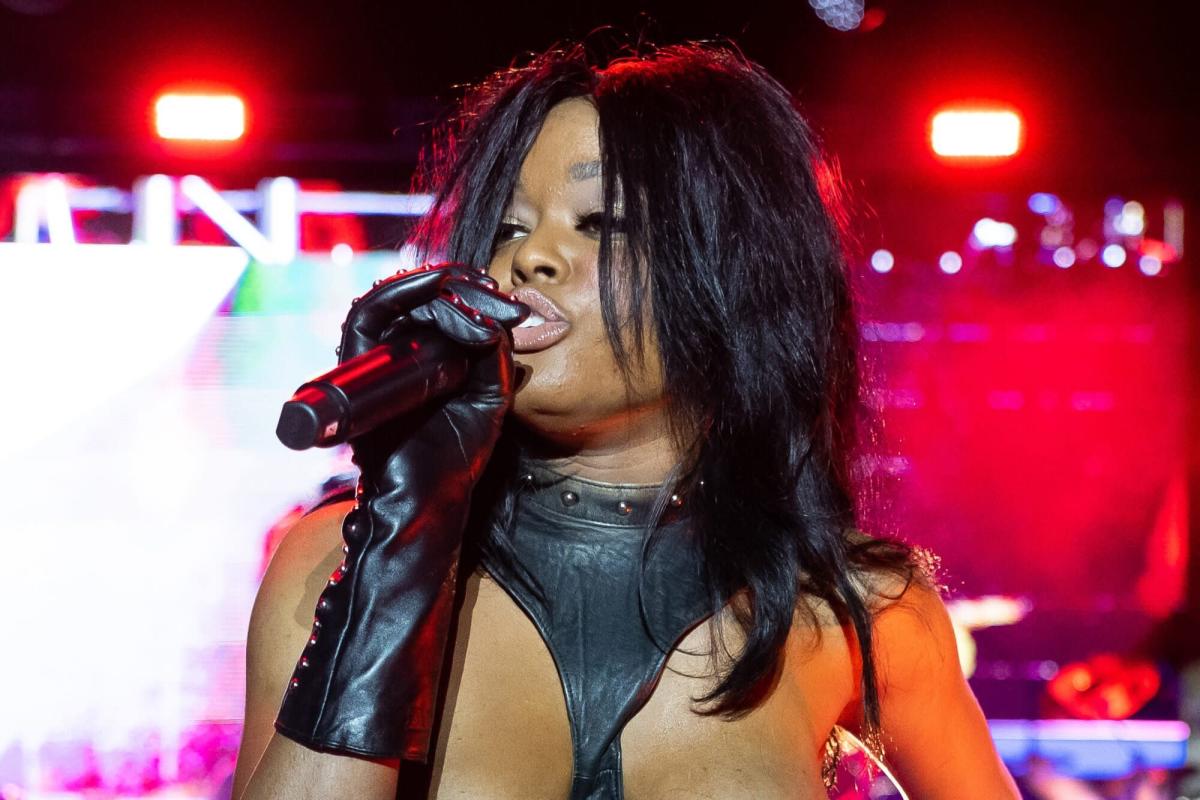 Azealia Banks has found herself at odds with the LGBTQ community once again.

The controversial rapper, 31, made a fuss onstage Friday night at her Wynwood Pride performance in Miami, tossing her microphone and storming off after complaining about the event promoters’ alleged unprofessionalism.

“I’m so unhappy to be here,” Banks continued. “But what did the fans ever do? What did you guys ever do, right? I’m trying, y’all. But it’s difficult.”

Wynwood Pride did not have a comment for PEOPLE and Banks’ rep did not immediately respond.

The crowd appeared to sympathize with her throughout the rant, but booing broke out after the crew cut her mic, which she subsequently tossed before leaving the stage. One fan even appeared to throw a drink at her during her exit.

Banks later shared more of the story on Twitter, blaming the show’s promoters for a number of issues. “Wynwood Pride was way too ghetto. I had to bounce,” she started in the thread.

The “212” artist claimed that her originally scheduled performance time of 10 pm was pushed to 1 am and they ignored her tech rider that asks for no dry ice because she is “EXTREMELY allergic to it.” Banks added that the clouds from the dry ice “began to make me lightheaded to a point I could” barely stand. “

She also criticized the show’s security and called the event “an absolute display of how Hispanic citizens in south Florida make poor attempts at selfish cash grabs by exploiting young undocumented gay boys for nightlife entertainment.”

“I should have done something at West Palm Beach Pride because somebody tío with the ashy feet and braided sandals def cooked up some Molotov dry ice. I have the biggest headache ever rn. Wow,” Banks concluded.

Although she has identified as bisexual, Banks has come under fire on several occasions for homophobic and transphobic language.

The Broke with Expensive Taste The artist went on a homophobic rant in 2015, comparing the LGBTQ community to the KKK and saying she wanted to “spray a gay man in the face with pepper spray,” shortly after using a homophobic slur against a flight attendant.

Banks apologized and said she would “never say the word F **** T ever again” in 2016, but that hasn’t stopped her from engaging in similar behavior on multiple occasions since then. She was even suspended from Twitter after a transphobic rant in 2020, before rejoining this April.